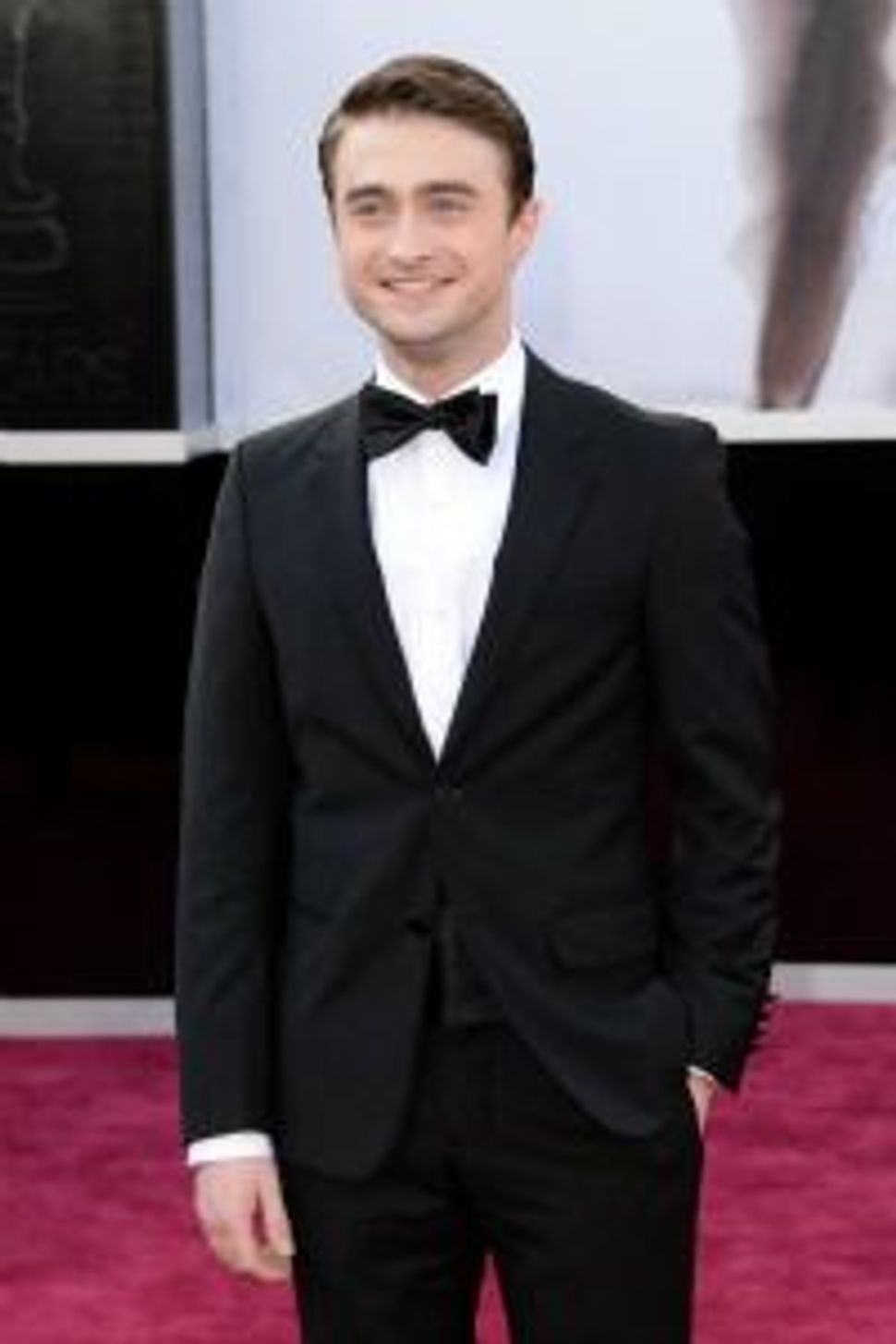 “After six years, Daniel Radcliffe is officially marking his return to the London stage.”

The lede in an article on E! Online yesterday tells us two things. First, that Daniel Radcliffe will be appearing in Malcolm McDonagh’s “The Cripple of Inishmaan.” More importantly however, it proves that it is now acceptable to refer to the actor without making a crack about a skinny teenager in round glasses with a lightning bolt-shaped scar on his forehead.

Granted, Harry Potter is referenced in the next paragraph down. But that’s still a marked improvement.

Coverage of Radcliffe in the aftermath of his “High Hopes” Oscar performance with Seth Macfarlane, his refreshingly earnest presentation of the Academy Award for Best Production Design with a sallow and slightly wobbly Kristen Stewart, and his antics backstage with Joseph Gordon-Levitt prove one thing: he’s made it. He is his own person, to be thought of as “D-Rad” (as one friend recently called him) and adored as such.

Unlike Mark Hamill, who never quite managed to shake off his lightsaber, forever enshrined as Luke Skywalker, Radcliffe has managed to break through the stereotype. With two theater roles under his belt — his 2007 debut in “Equus” on London’s West End, and a run in “How To Succeed In Business Without Really Trying” on Broadway in 2011 — and varied film roles including a horror credit in “The Woman in Black,” and a stint as Allen Ginsburg in the upcoming “Kill Your Darlings,” no one could accuse Radcliffe of sticking to what he knows.

Sure, a part of us will always want to yell “Expelliarmus!” at him, but he’s proven he can do more. Recently, while watching “The Woman in Black,” I managed to get a good hour into the movie without thinking that the problem could be solved with a “flick and swish.”

With his new role, Radcliffe branches yet out again, playing Billy, a disabled orphan in 1930s Ireland who harbors an unlikely dream of Hollywood stardom, The Huffington Post reported.

The actor has also expressed a desire to try his hand at screenwriting. “I’m trying to write something at the moment, and it’s just so dark, and I think it’s funny, but I’m not sure if anybody else ever would. I aspire to be a poor man’s Martin McDonagh,” he told AP.

We all have moments in our adolescence that we would rather forget (cringe) and prancing around in a crimson and gold Quidditch uniform must rank high on that list. But despite his not-so-newfound success, Radcliffe says he doesn’t want to totally unlearn his Quidditch skills and levitation spells. That’s good, because neither do we.

“People always say, ‘Don’t you just want to forget about it?’” Radcliffe said in the same interview. “No! That was my entire adolescence.”

But as a certain wise man with a long white beard and pointy wizard hat once said, “It does not do to dwell on the past, and forget to live.”

“The Cripple of Inishmaan” will open in June at the West End’s Noel Coward Theatre and will run for 12 weeks.