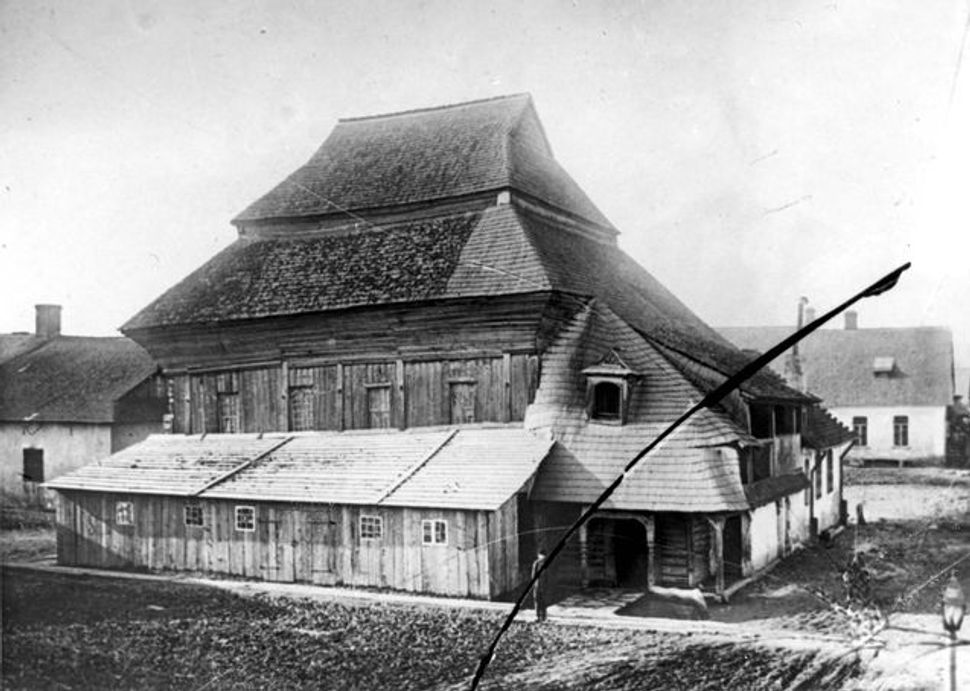 The reconstructed roof of a 17th-century synagogue was unveiled at Warsaw’s Museum of the History of Polish Jews.

The replica of the now defunct wooden Gwozdziec Synagogue was presented Tuesday to journalists in a sneak preview of what will be the core exhibition of the museum, which is scheduled to open to the public next year in Muranow, a district of the Polish capital that before World War II was home to many Jews. 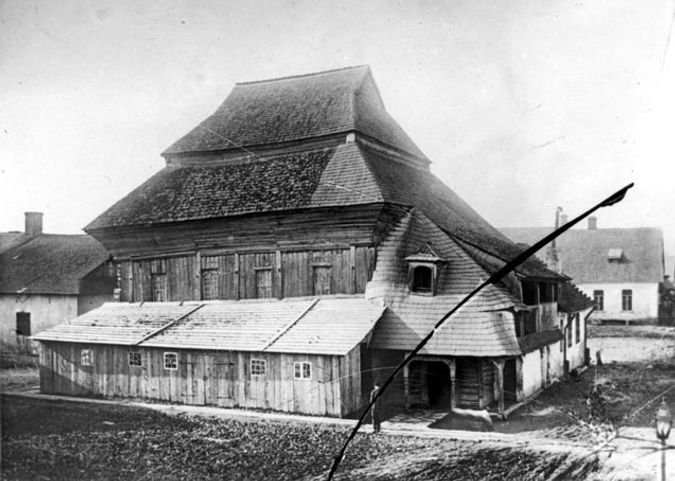 The reconstruction launched in 2011 produced an 85% scale model of the tall peaked roof and richly decorated inner cupola of the synagogue that once stood in Gwozdziec, now in Ukraine.

Designed by Finnish architect Rainer Mahlamaki, the building housing the museum is split into two large main halls with undulating walls symbolizing the passage of the Israelites through the Red Sea.

Citing figures provided by Warsaw’s Capital Development Board, the local television station TVN Warszawa reported that the Polish state has spent about $50 million on the construction of the building, which has floor space of about 130,000 square feet.

Representatives of the media will be able to tour the museum starting next month, the museum said. Reconstruction of synagogue roof unveiled at Warsaw Jewish museum.