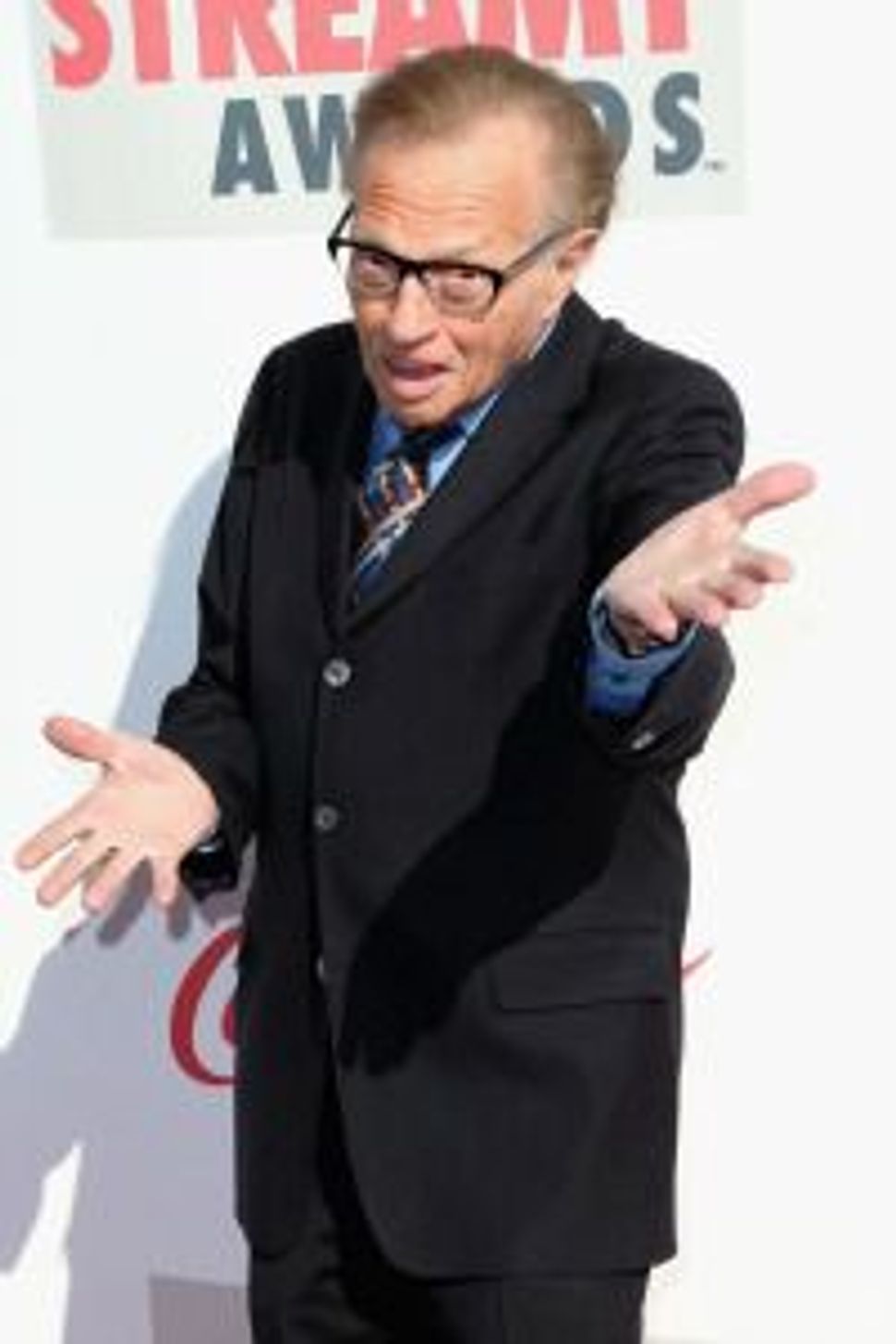 Back in February, Katie Couric went on Jimmy Kimmel Live! and told the world about the time her leather skirt inspired Larry King to ask her out in the 1980s.

It turned out to be a doozy of a date.

“We’re driving home and I see we’re going over Memorial Bridge and that’s not the way back to my apartment,” she told Kimmel. “So I said, ‘Larry, where are we going?’ He goes, ‘My place.’ And I was like, ‘Oh, mother of God. Oh God.’”

“He lunged!” Couric added, describing King’s attempt to kiss her.

Not one to take things lying down, the 79-year-old newsman surprised Couric on her hit talk-show, “Katie,” to tell his side of the story.

“I had no idea Larry was here!” Couric said, seeing King. “Hi Larry, are you mad at me?”

Check it out the full video here: