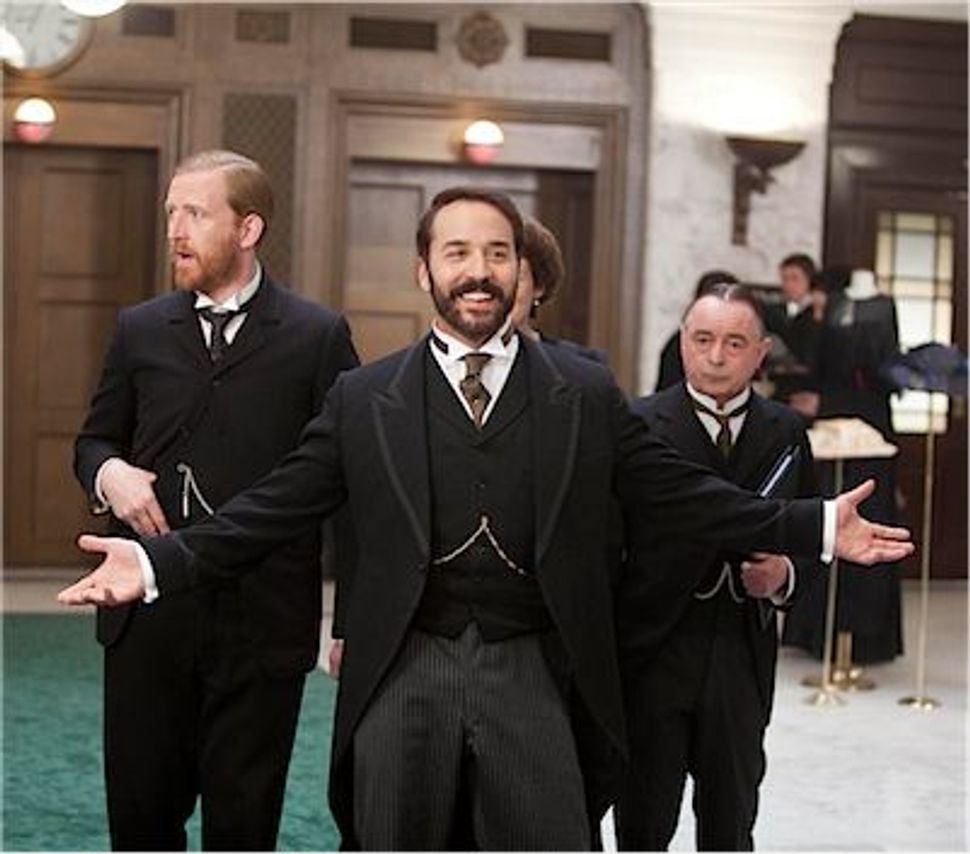 Image by Courtesy of Christian Black/ITV Studios for MASTERPIECE

Jeremy Piven has had a long and successful career. Now he can add “distinguished” to those adjectives.

Piven’s first break came in 1992 when he played Jerry, the head writer on “The Larry Sanders Show.” But his breakthrough role was manipulative agent Ari Gold, based on real-life agent Ari Emanuel, on “Entourage.” 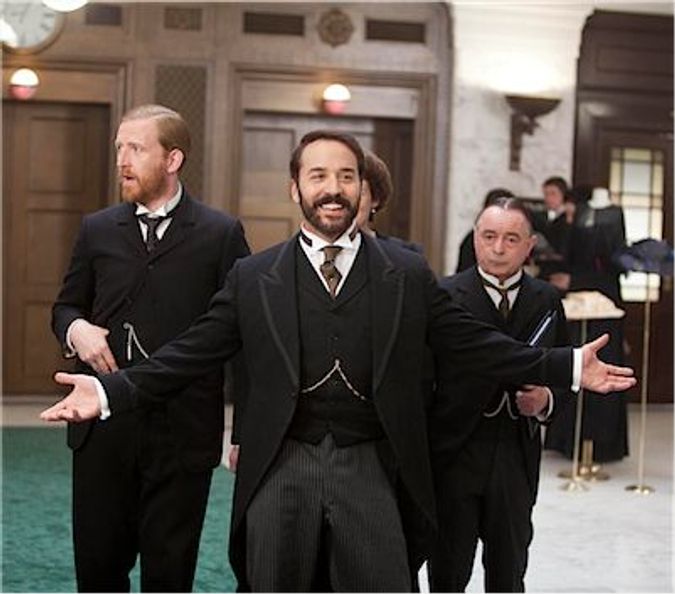 Image by Courtesy of Christian Black/ITV Studios for MASTERPIECE

Over the course of the show’s eight seasons, Piven received four Best Supporting Actor Emmy nominations, winning three. That’s long and successful. But distinguished starts at the end of this month, when he invades Helen Mirren territory.

Piven stars in “Mr. Selfridge,” an eight-part Masterpiece Classics mini-series that airs Sundays on PBS starting March 31. It’s about an American who moves to London and founds a successful department store different from anything the British have ever seen.

Piven spoke to The Arty Semite about actor’s insecurity, growing up the son of acting teachers, and the sense of community he found in the synagogue and onstage.

Curt Schleier: You spent eight years on “Entourage” and enjoyed a great deal of success. As it came to an end what went through your mind?

Jeremy Piven: I don’t think any good comes from worrying. But of course that’s easier said than done. As an actor to have a part that allows you to build an original character and to play that out over eight seasons, well that’s something to be devoutly wished for. But you have to count your blessings and live in the present. Lo and behold, I got this beautiful script and I was blown away by the story of Harry Selfridge. And I’ve been a fan of British drama for a while.

This was obviously a big commitment. Did you have any doubts?

I didn’t have any apprehension at all. I’m an actor and when an actor gets offered a great role he has to say yes. It is a big commitment. I had to fly over and live there for six months. It is kind of similar to Harry Selfridge’s journey. He helped create Marshall Field’s [in Chicago, near where Piven was raised] and moved to London.

Your parents were actors and founded the Piven Theater Workshop. Did they push you to go into the family business?

I would say yes, in the beginning. I would wonder why was I onstage while the rest of my friends are outside playing. They weren’t doing it to push me into acting. They just needed someone young. At the time they were doing Chekhov, and there weren’t a lot of other 8-year-olds around. It was just me and [John] Cusack alternating. Eventually, it really became fun. We weren’t playing outside. We were playing inside. That’s the nature of acting: always be in a state of play.

How did your folks feel about your career?

I think they thought it was a very difficult life filled with disappointment and didn’t encourage me to do it until they saw me onstage as Marc Anthony in a production of “Julius Caesar.”

You mentioned John Cusack. John and his sisters Joan and Ann were fellow students at your parents workshop. Was there competition between you?

No, none whatsoever. John was a movie star from the time we were 15 and I couldn’t have been more proud.

Your online bio says you had a Jewish upbringing. What does that mean?

It means I was part of a Reconstructionist congregation. We prayed “to whom it may concern.” I was bar mitzvahed and my father was very active in his community growing up in Scranton, Penn. We weren’t in temple every week, but we would attend for the High Holidays.

This may be a tough question to answer, but do you bring anything from that upbringing to your work today?

It’s not a tough question. It’s actually a great question. I think I learned a sense of community growing up that I brought to my work. I learned through osmosis that another man’s success will not take away from your own. I felt that in the congregation and I brought that to the workplace — that philosophy wasn’t always embraced by everyone.

Ari Gold was Jewish and often obnoxious. Did you try to protect the character?

Well, yes. Every time I read the script I said, wow, this could be the part where we lose everyone, where the audience turns against the character because he was so offensive. It was my job to give the character as much dimension as possible. The one thing I hung my hat on is that Ari loved his family, was always monogamous and when he acted out it was only because he felt the ends justified the means.

Watch a preview for ‘Mr. Selfridge:’