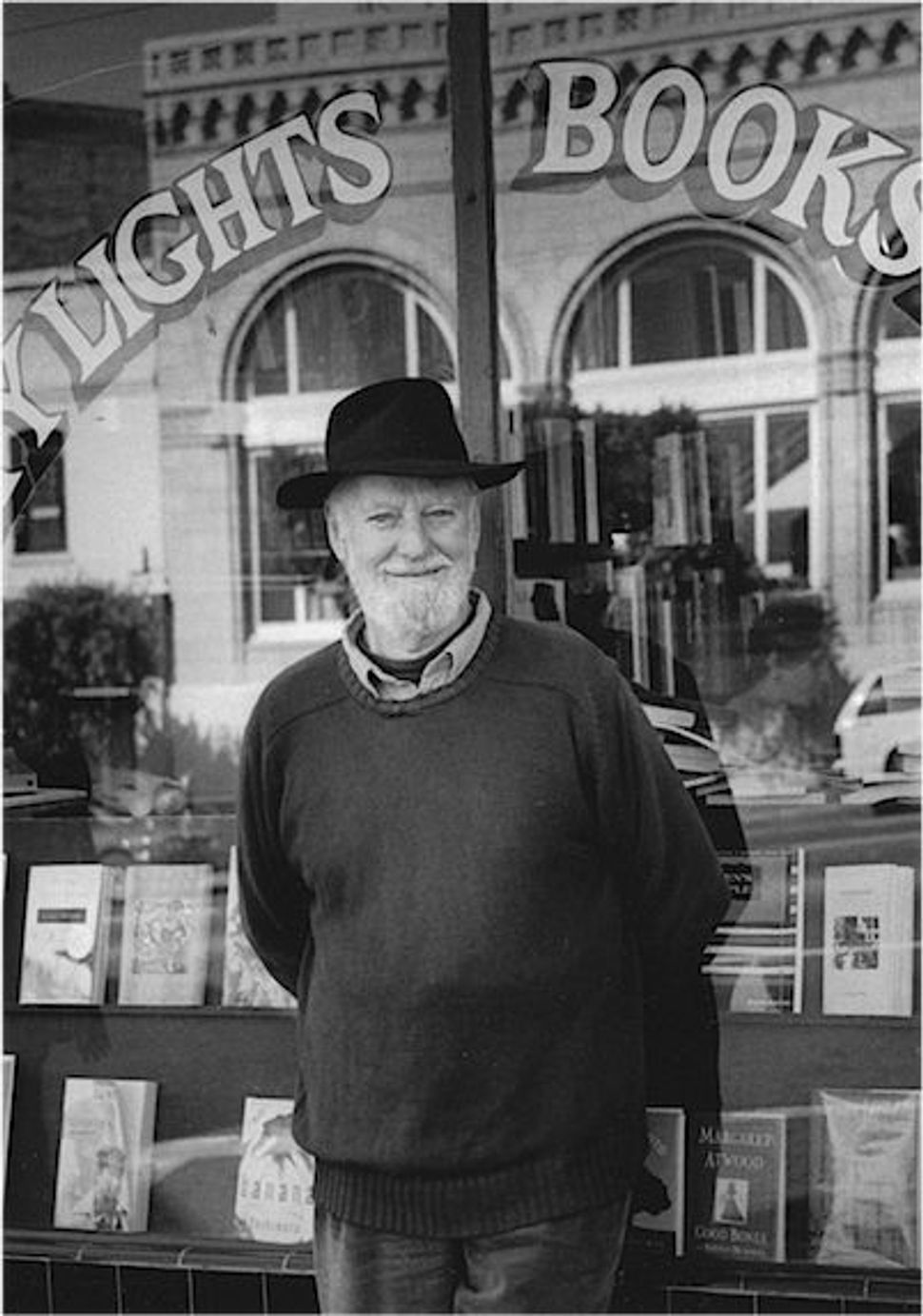 Blame it on San Francisco, which properly occupies an oversize role in this charming film. Born in Yonkers as the son of an Italian father and a Sephardic mother, Ferlinghetti made it all the way to genteel Westchester the hard way.

When his father died six months after he was born and his mother was confined to an asylum, the boy was taken to France to live for his first years, until his aunt got a job in Bronxville and brought him there to grow up and go to school. Then came the University of North Carolina, where he began writing regularly (covering sports events for the school paper), then the Navy and back to France. And then, most decisively, to San Francisco. The bohemian city was waiting for him as he was for the city.

As Ferlinghetti walks the streets he recalls the odd circumstance of launching a paperback bookstore, then a press for poets. That City Lights Bookstore became a landmark institution is the heart of this story, almost as much as Ferlinghetti himself. If it did not quite create a milieu (radio KPFA also contributed heavily, as we see fellow poet Kenneth Patchen commenting), it became a physical and metaphysical presence.

Journalist Robert Scheer, poets Gary Snyder and Michael McClure, former Poet Laureate Billy Collins, not to mention Dave Eggers, Amiri Baraka and Dennis Hopper, all chime in here to explain how Ferlinghetti’s enterprise opened up new space for literature. It also allowed poets to become, in the U.S., something like the pop figures they had been for thousands of years. That this happened without much of a budget, a sales force or any other part of the best-seller apparatus, remains a wonder of the publishing world. That it had radical, non-doctrinaire social criticism at its root may be still more amazing.

On a side-note (and Ginsberg with a few others apart), it was a remarkably non-Jewish radical presence. Not that Jewish artists were absent, but they found here unrancorous partners in their projects — an anarchistic, free-floating atmosphere less competitive and stressful than New York. Comic art, of course, moved back East, the counter-culture at large collapsed, and if poetry-publishing is still remarkably regional, the Bay Area could no more have retained its centrality than rents in San Francisco’s long-trendy North Beach could hold steady. And yet: Ferlinghetti, as long as he lasts, is perfectly at home here along with his store, attracting rebels as well as curiosity-seekers from across the globe.

Watch the trailer for ‘Ferlinghetti: A Rebirth of Wonder’: