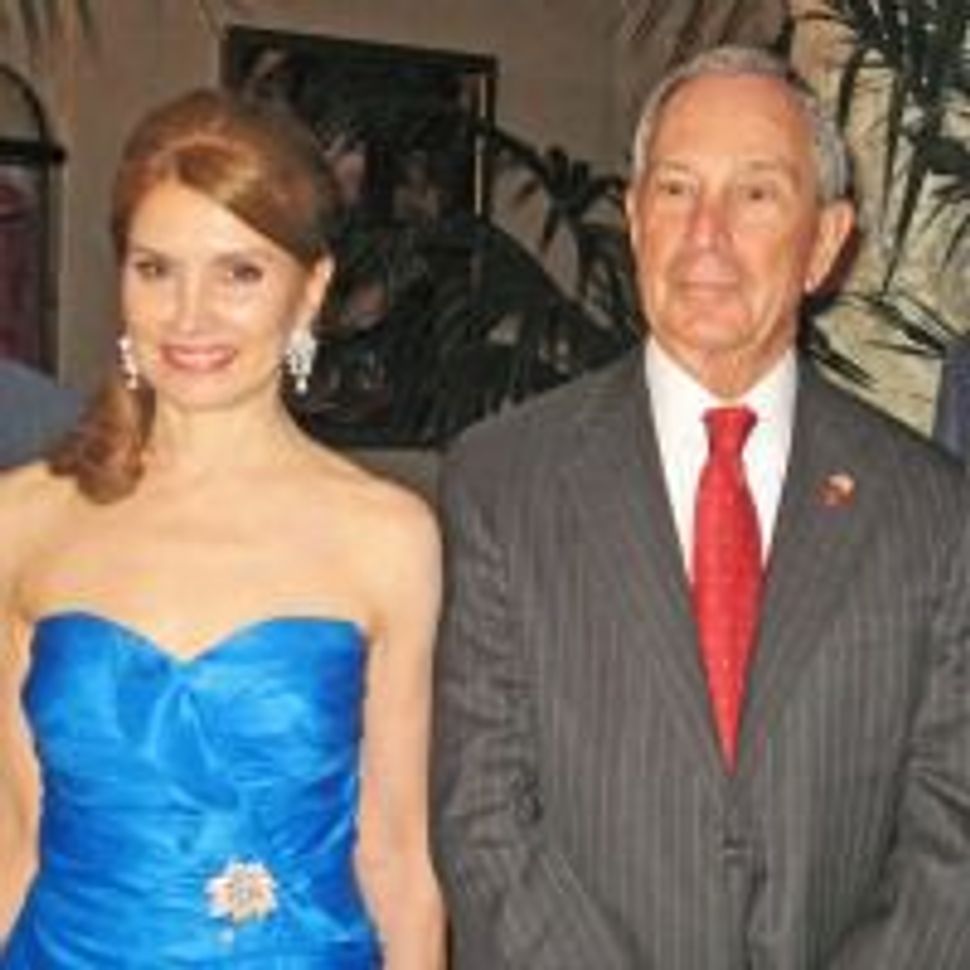 It was wall-to-wall photo-op smiles as Jean Shafiroff, stunning in an azure blue strapless above the knee silk dress, and New York Mayor Michael Bloomberg faced the Red Carpet photo blitz at the Jewish Board of Family and Children’s Services 2013 Spring Benefit on April 24. Proceeding from The Plaza’s Palm Court, past its “Great Gatsby” costume exhibit, to the Terrace Room, the 375 guests — who helped raise $1.3 million for JBFCS — looked up at the terrace’s balcony level from which the mayor joked : “This is another of those times I am singing for my supper…You are so generous. You are an organization that has done an enormous amount in the past century to help New Yorkers in need. Whether it is providing residential foster care, child abuse prevention facilities…JBFCS [a beneficiary of UJA-Federation of New York] has been in the forefront of reducing the stigma that’s often associated with mental illness…No one is turned away because they cannot pay [or] are too difficult a case.” The mayor praised JBFCS for “being on the ground helping families in need in the wake of Hurricane Sandy.”

Before departing for the “next place where maybe they will feed me,” the mayor congratulated the evening’s honorees: Seymour R. Askin, a JBFCS advisor, Jerold D. Jacobson, a partner at Proskauer Rose, LLP, Paul Levine, JBFCS’s Executive VP & CEO and Jean Shafiroff, a JBFCS board member. Often described as “a socialite” the nomenclature overlooks her solid credentials which include an MBA from the Graduate School of Business at Columbia University, a BS in physical therapy from Columbia University’s College of Physicians and Surgeons, and a Wall Street finance career. 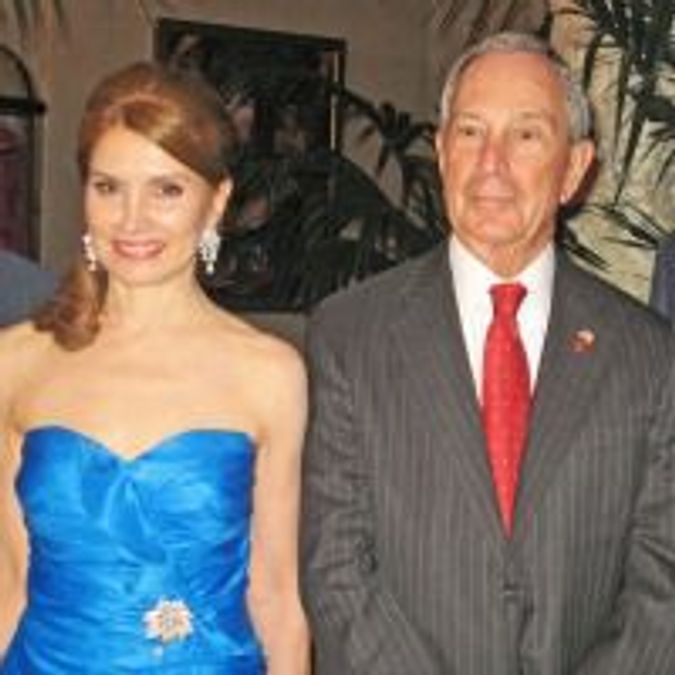 During my private chat with Shafiroff, I mention her recent Metropolitan Museum of Art near catastrophe: two days earlier, she literally caught fire at a gala at the museum when her red bouffant “Oscar de la Renta” gown was singed by votive candles on the floor near the museum’s Temple of Dendur’s reflecting pool. A quick-thinking guard saved her from what could have been a Joan of Arc moment. Shafiroff dismissed this tidbit with a wave of her hand. “It’s not about me,” she said. “We’re a means to an end. JBFCS changes the lives of people. It’s truly a beautiful, beautiful charity.” Shafiroff, whom I have dubbed “the lady of the stunning gowns,” always touts JBSFC at nearly every event where we chance to meet.