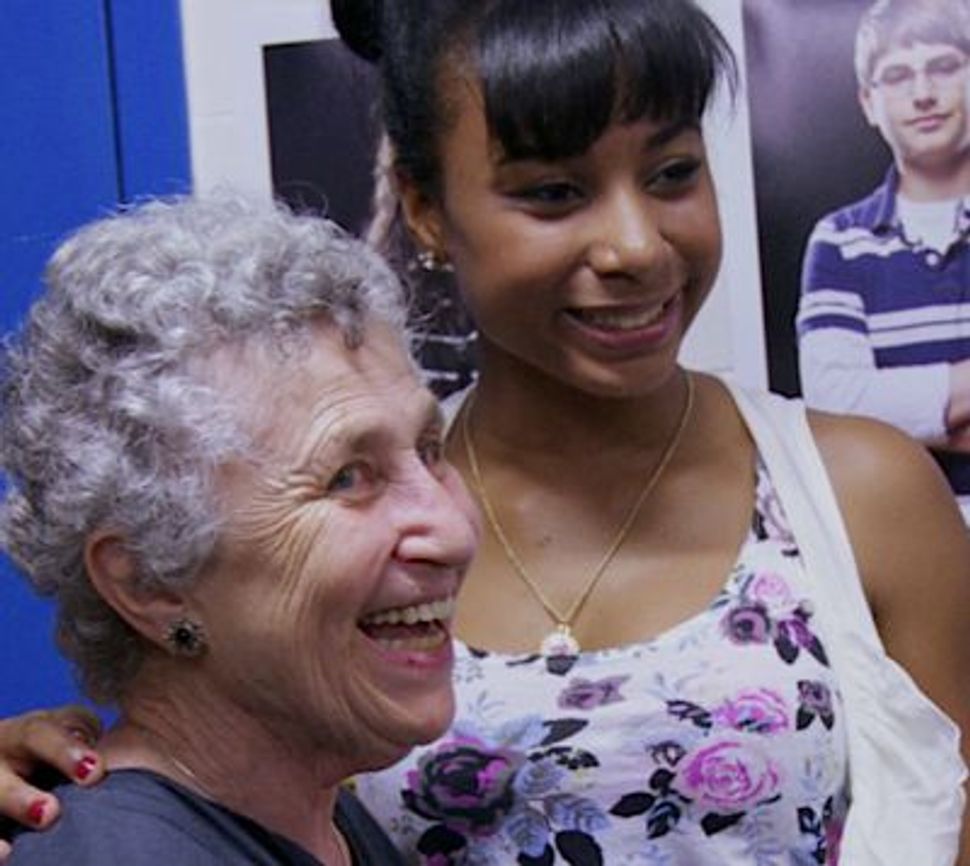 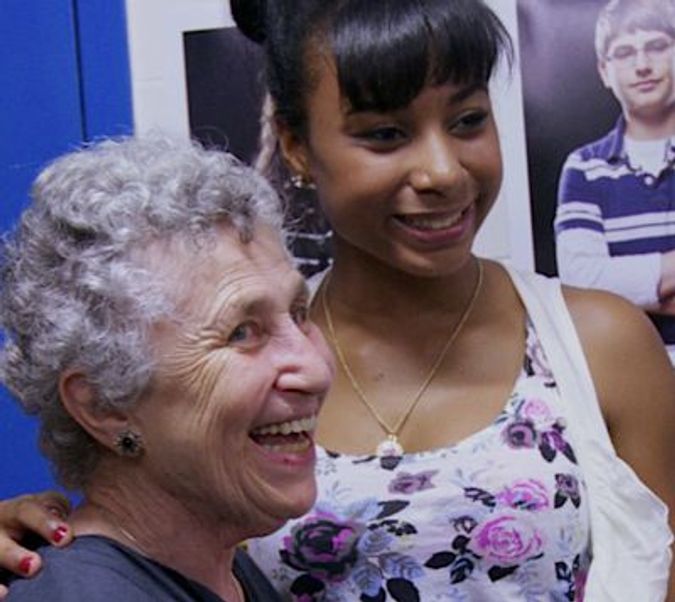 But it’s a true story. And a new documentary called “Sosua: Make a Better World” chronicles the collaboration of 20 prickly teens in Washington Heights with stage giant Elizabeth Swados on a play about the unlikeliest of subjects: The 1938 rescue of 800 German Jews by Dominican strongman Rafael Leonidas Trujillo. Sosua was the Dominican town where the refugees eventually settled.

For Sosua co-director Renee Silverman, the film’s setup mirrors real-life challenges in Washington Heights, the uptown neighborhood where the kids live and where she herself settled in 2008. “I live on Bennett Avenue, which is 60% Jewish and 40% gentrified,” she told The Arty Semite. “On the other side of Broadway lives the largest population of Dominicans outside the Dominican Republic. And we rarely interact.”

But by the end of the film — with self-evident symbolism — the kids are singing in unison. “It’s a tremendous story,” she said. The Forward caught up with Silverman in Manhattan, where she works as a freelance producer for the German television network ARD.

Michael Kaminer: The film draws out the contradiction between Rafael Trujillo’s rescue of Jews and the murder of thousands of Haitians under his rule. Did most of the kids you worked with consider him a hero or a villain?

Renee Silverman: They address it in the performance. He’s definitely a villain, a mass murderer directly responsible for a massacre of Haitians in 1937. Because he wanted to improve his public-relations image, and because Jews would “whiten” his population, he agreed to accept 100,000. It wasn’t because he was moved by their plight or the persecution they faced. But whatever his motivation, he allowed for settlement in Sosua, and eventually 800 German and Austrian Jews settled there, survived, and thrived.

Is there awareness these days among Dominicans of the role their homeland played in the Sosua rescue?

No, and for so many of us — including Jews who are informed about the Holocaust — it was a really surprising story. At the start of the film, one of the Dominican girls, Cindy, tells us that she’s been to DR many times, but never heard the story. She was upset about it. Even there, it’s unknown and underreported. But the flipside is that as we show the film, surviving Sosua refugees are over the moon about it. They’re thrilled the story is finally getting out there.

How did Liz Swados get involved? What did she bring to the project?

Liz Swados is my hero. I’ve loved her ever since [1970s musical smash] “Runaways,” which I saw something like 30 years ago. She’s a monumental talent. Victoria Neznansky, who’s chief program officer at the YM&YWHA of Washington Heights, conceived the project to bring together Jewish and Latino kids. She got to Elizabeth Swados through a mutual friend. Liz was the perfect person for this. She’s worked with youth. And her workshop approach is fascinating. She writes the music, but the kids wrote some of music too.

How do you think the production changed the kids?

I think they’re more open to people who are different from them — not in a Disney way, but in terms of encountering difference with a more open mind. When we started, the kids would sit apart from each other. The Jewish kids stuck together, and the Dominican kids stuck together. After rehearsing and coming together once or twice a week for months, the groups blended. The kids lost track of who was who. They became one group, one community, and lost that sense of “otherness.”

How did you discover this story in the first place, and what made you think of building a documentary around it?

My son was in preschool at the Y. When the musical project started, the Y brought me and [Sosua co-director] Peter Miller in to record the kids as they told their own stories. When we heard them, we thought “Wow, these are riveting,” and realized we had the makings of an amazing documentary.

How did the kids react to having cameras around?

Kids lose their self-consciousness pretty quickly. But there was some discussion about how much they were going to tell us. They decided among themselves what we were or were not going to know. It was more a question of what they’d allow to get documented than any self-consciousness about being in front of the camera.

’Sosua: Make a Better World’ screens at the Museum of Tolerance in Manhattan on May 5 and at the United Palace of Cultural Arts June 6.

Watch the trailer for ‘Sosua: Make a Better World’: