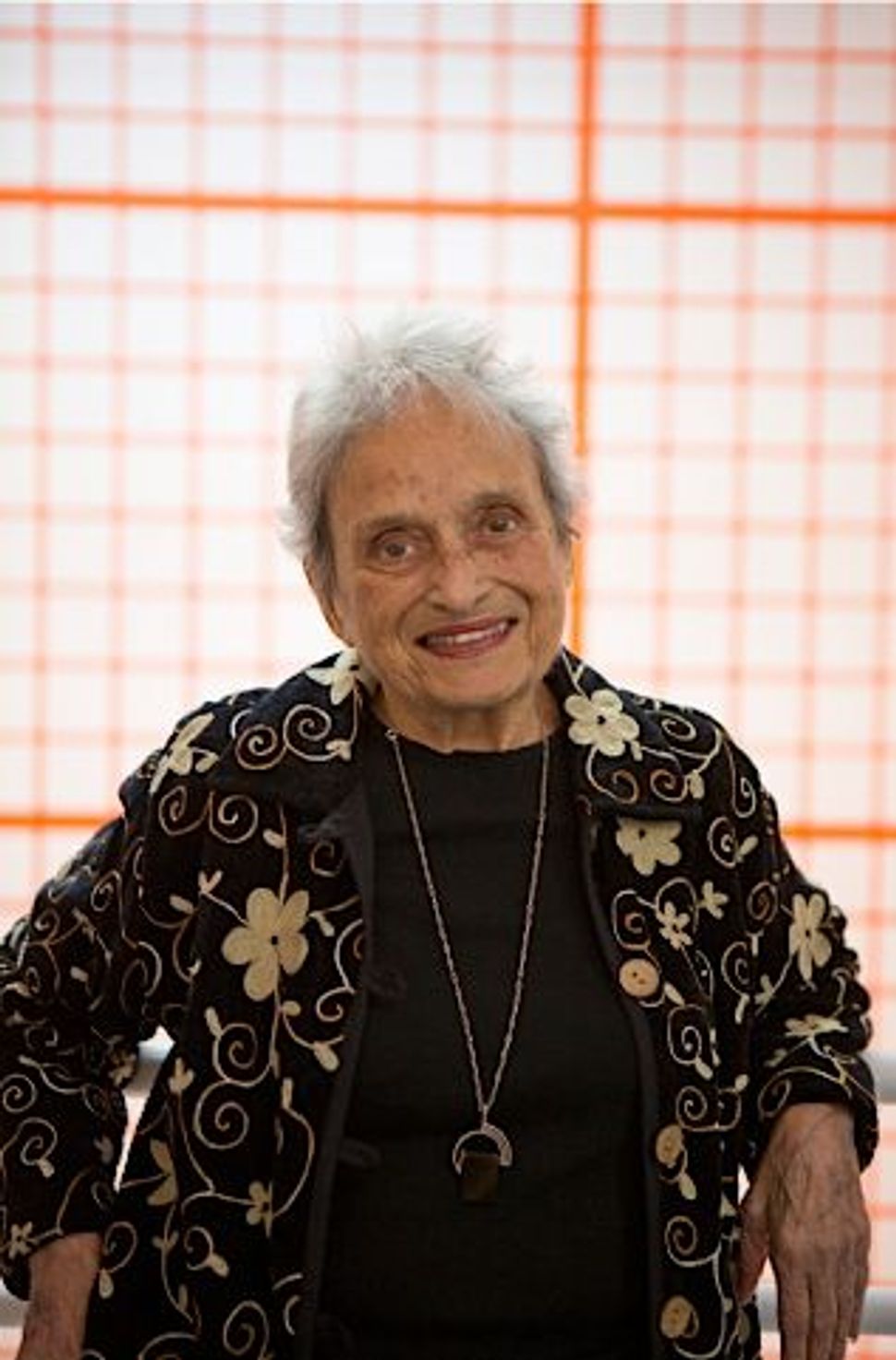 In 1969 artist Channa Horwitz got an insulting review titled “Valley Housewife Makes Pretty Drawings” for a complex show that would make history today. She was the only woman in the Art and Technology Exhibition at the Los Angles County Museum in 1971, but was confined to the catalog and not allowed to realize her piece in the exhibition. This set off a furor in the feminist community that helped fuel the movement in Los Angeles.

Horwitz died April 29 at age 80, and is going out with laurels. Her work is being featured in this summer’s Venice Biennale. She just won a Guggenheim Fellowship, and she has a show up at the Francois Ghebaly Gallery, in Los Angeles. For a woman who worked in relative isolation with no support from the art world until she was in her 70s, it is a considerable achievement.

Over her long career, Horwitz worked primarily with drawings, creating a complex body of works on paper, including her iconic “Sonakinatography” (1968-2004) series. Using a system based on eight numbers associated with eight colors, the works reinterpret the traditional minimalist grid with a sensual twist, featuring meticulous hand drawings of complex geometric patterns with alternating colors and symbols on graph-ruled Mylar.

Horwitz’s drawings combine an apparent rigidity and structural logic with an element of chance suggested by imperfections, mistakes, and corrections that the artist leaves visible on the paper. Although visually close to Op Art, Horwitz’s work is much closer to Conceptual Art and works by colleagues Sol Lewitt or Mel Bochner. “I experience freedom through the limitations and structure I place on my work,” she once said.

Reading like elegant music scores, her drawings function as open scripts for possible music or dance interpretations. Horwitz had often invited other artists to interpret her work in their own performances, revealing not only a generosity she had for others, but also the central premise of her work, that the simple grace of her specific order was built to set one free.