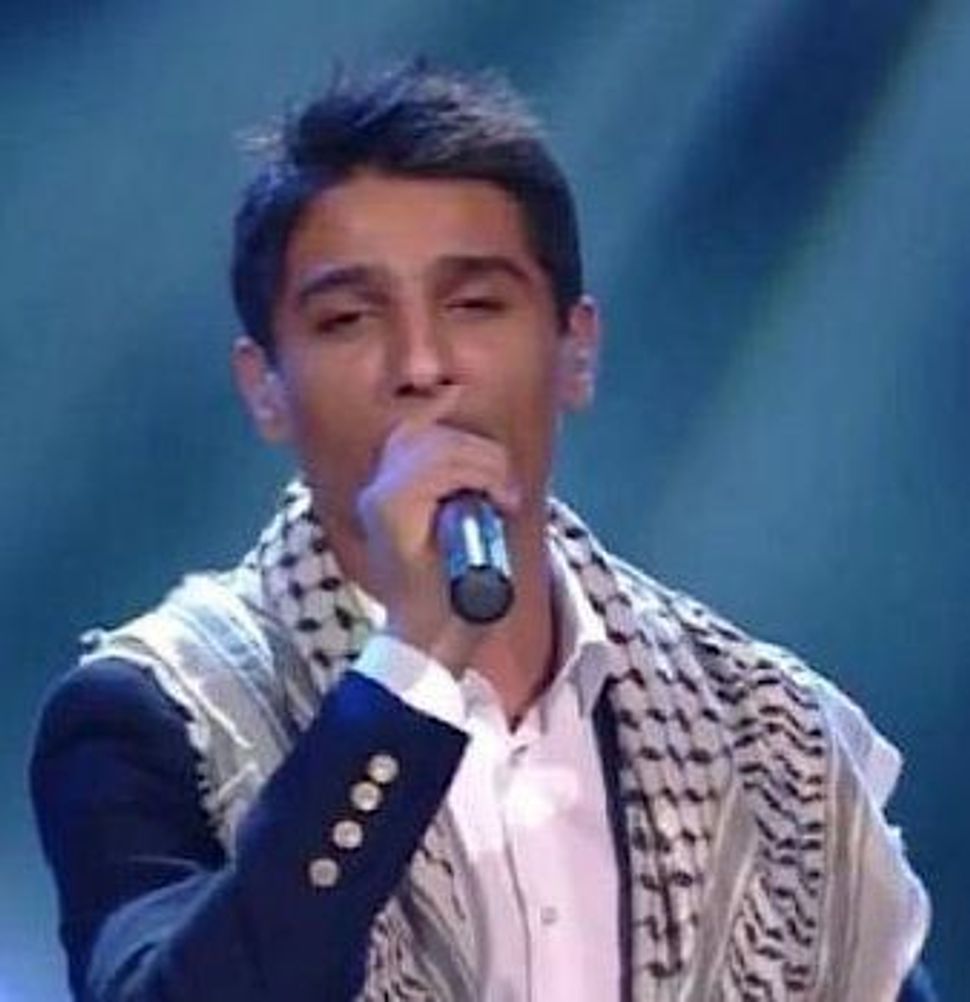 The fractious factions in the Gaza Strip and across the Israeli-occupied Palestinian territories have found one voice to unite behind — a 22-year-old youth singing songs about a lost homeland on the Middle East’s version of “American Idol.”

Gaza native Mohammed Assaf has become the first Palestinian to qualify for “Arab Idol,” a TV talent show staged in Beirut, in which singers perform for judges and voting viewers. 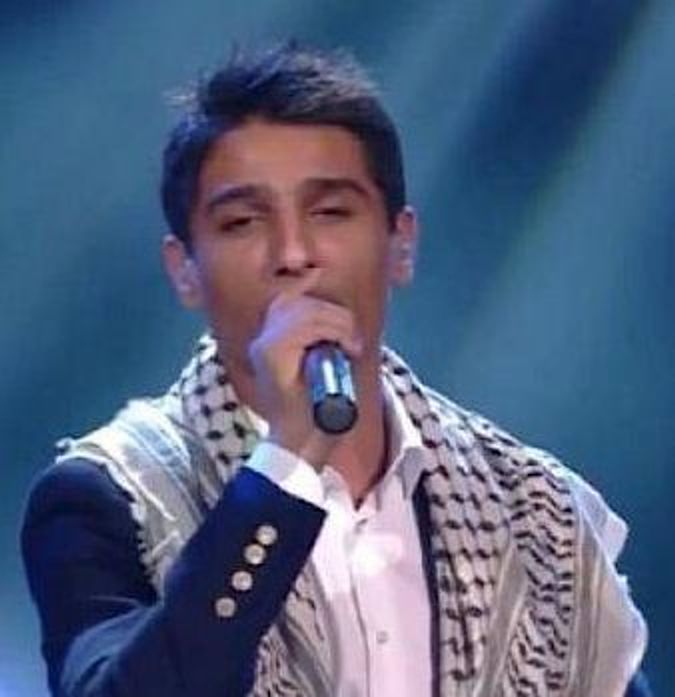 He is now one of the last 10 contestants — largely thanks to his potent mix of good looks and emotional lyrics about ancestral Palestinian lands.

“He is the pride of Palestine. He broke the siege with his voice,” said fan Rehaf al-Batniji, referring to Israel’s blockade of Gaza, seized by the Jewish state, along with the West Bank, during the 1967 Arab-Israeli war.

She stood in front of a large mural of Assaf at a Gaza restaurant, one of hundreds of posters covering buildings and walls usually marked with political slogans.

Assaf’s songs blare out of radios — a counter-balance to their usual broadcasts of bleak economic and political news.

Politicians have raced to endorse him and Palestinian mobile phone company Jawwal has cut the price of text messages to make it easier for supporters to vote.

Palestinian President Mahmoud Abbas, from the Fatah movement that holds sway in the West Bank, phoned the singer in Beirut and urged all Arabs to vote for him.

“The president stressed his support and backing to artist Assaf, whose talent represented pride to Palestine,” said a statement by the Palestinian official news agency WAFA.

The Gaza Strip is ruled by the rival Islamist Hamas faction — a group that disapproves of non-Islamic songs and the kind of Western-style excess on full display in TV talent shows.

But even Hamas has come as close as it possibly can to showing support.

“He comes from a good, respected and known family,” Hamas spokesman Fawzi Barhoum said on Facebook.

Assaf first made his name inside Gaza at the age of 11, when he recorded a song in 2001 called “O Town Be Strong,” at the height of Israeli incursions in the enclave during a Palestinian uprising.

On Arab Idol, broadcast by Saudi-owned MBC Group, he has performed with a traditional black-and-white Palestinian scarf around his shoulders.

His performances have included “Flying Bird” which lists the cities of historical Palestine and another song urging Palestinians to unite.

The programme’s celebrity judges from across the Arab world — where the Palestinian cause reverberates — have piled praise on the singer.

“Your voice is made of diamond,” added Ahlam, a famous singer from the United Arab Emirates.

Listening in was Assaf’s mother, Umm Shadi Assaf, watching the show in a restaurant near her home in Gaza’s Khan Younis refugee camp.

Her son had only one wish, she told Reuters, beaming with pride, “to go out and make the world listen to his voice.”