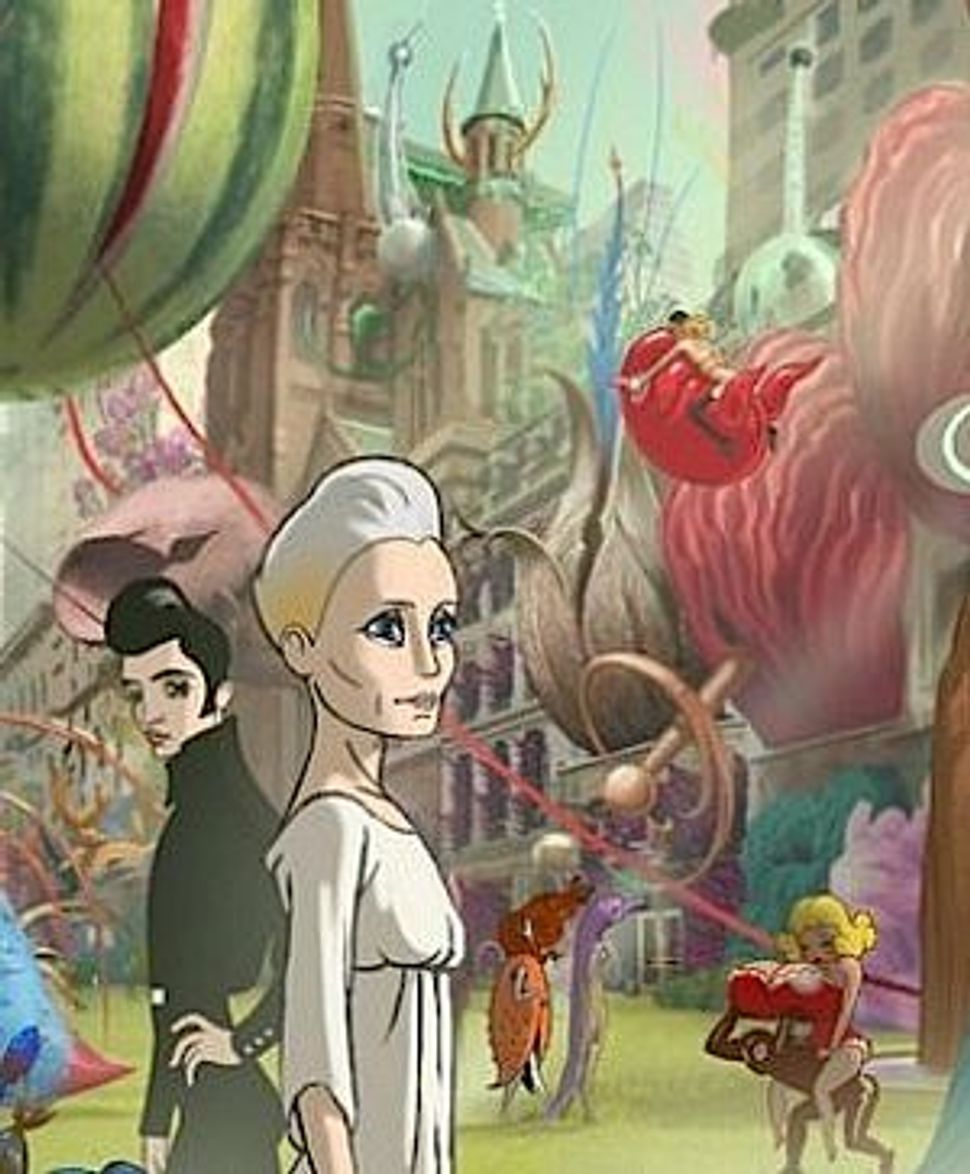 The first trailer is out for Ari Folman’s new film, “The Congress” (see here for background), and though I hate to say it, it’s a little disappointing.

I’ve been looking forward to this movie for ages, mainly because it seems like the perfect creative pairing.

Folman, in his 2008 film “Waltz With Bashir,” used groundbreaking animation techniques to create a movie of impressive psychological depth and intensity.

“The Futurological Congress,” the book by Polish science fiction writer Stanislaw Lem on which “The Congress” is based, is a hallucinatory look at a possible future in which humanity has drugged itself with psychoactive chemicals in order to make an overpopulated, resource-exhausted world bearable to live in.

I was hoping that combining Folman’s animated storytelling technique with Lem’s multi-layered dystopia would produce something like Satoshi Kon’s “Paprika,” another animated exploration of the mind’s slipperiest states.

Instead, Folman began by chucking Lem’s original narrative, in favor of a story in which an actress named Robin Wright gives a movie studio permission to digitize her entirely, and to own the rights to the character that was once her. It’s a decent premise, but it’s hard to tell where Folman is going with it.

More troubling, Folman has opted to make the movie part live-action, part animated. It fits with the idea of the story — a real person who becomes a digital person — but, from the trailer at least, the two elements don’t seem to have much connecting them. Mixtures of live action and animation are often disappointing (think of Ralph Bakshi’s “Cool World,” for example), and I’m hoping this isn’t another example of that.

Still, it would be unfair to judge the movie on the basis of just the trailer. It’s set to premiere at Cannes on May 16, and we’ll get a few early reactions then. Hopefully I’ll have a chance to see it myself not too long after that.

Though my expectations are diminished, my hopes are still alive. Here’s to the chance that it’ll be the best movie of the year.

Watch the trailer for ‘The Congress:’