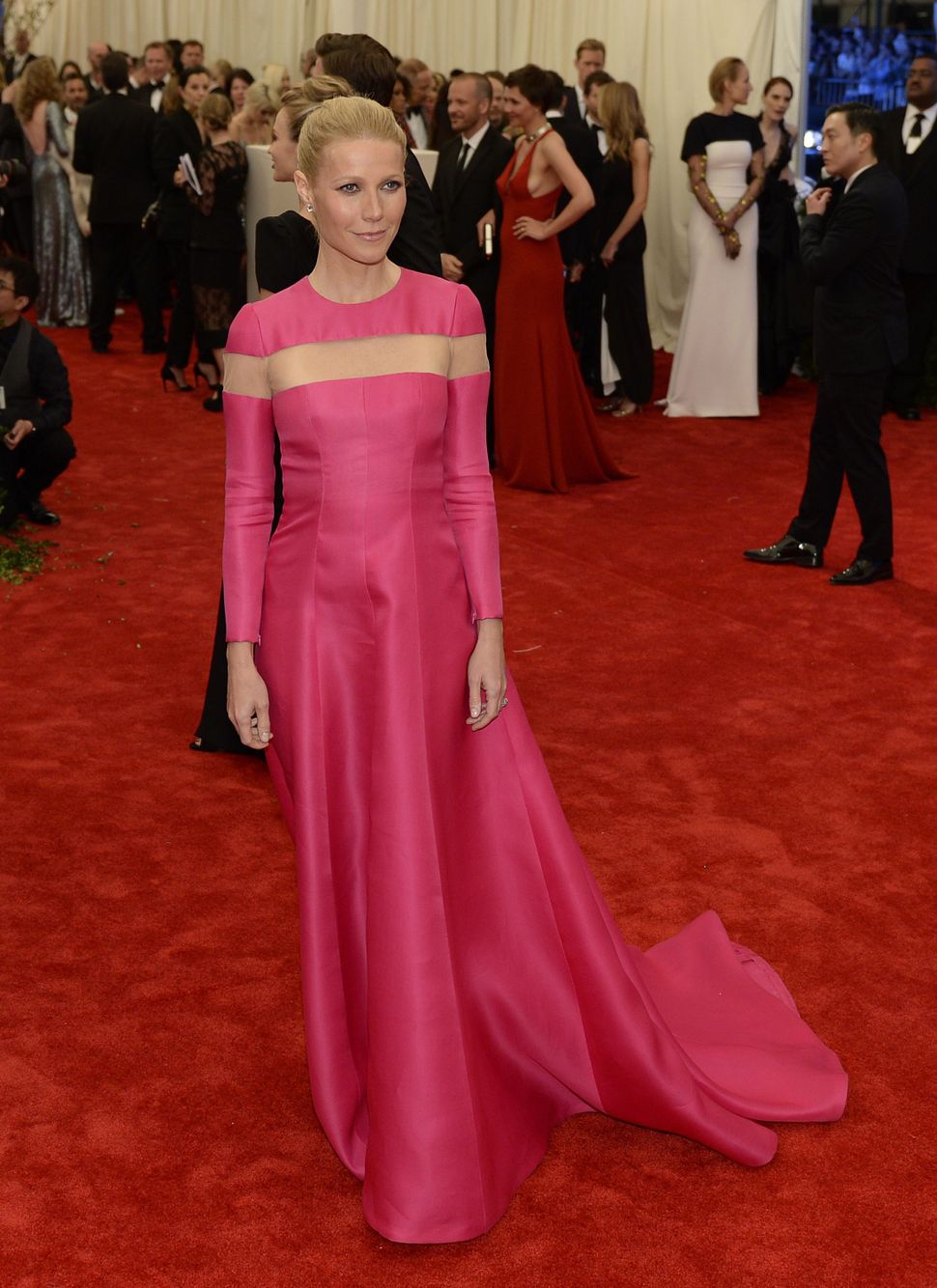 “I’m never going again,” she told USA Today. “It was so un-fun. It was boiling. It was too crowded. I did not enjoy it at all.”

Did Beyonce’s enormous train take up too much space? Was Marc Jacob’s suit too shiny? Were there too many plebs gawking from the sidelines? Who knows.

Nevertheless, the actress vowed never again, after walking down the red carpet in a hot pink Valentino gown. We accepted it, and moved on.

But in case you were curious about what it takes to look that good at a party you hate, Gwynnie described the process of choosing and fitting her Valentino gown with stylist Elizabeth Saltzman in this week’s GOOP newsletter. Every sketch, stitch, styling, and agonizing shoe-decision is meticulously documented, and despite her declaration that “we’re all a little too old to dress up punk,” Paltrow didn’t have a single bad word to say about the whole thing.

“The Met Ball, at NYC’s Metropolitan Museum of Art, is always the year’s most elaborate display of incredible fashion and this year was no different,” the post reads. “The theme was ‘Punk: Chaos to Couture’ and when the house of Valentino’s Pierpaolo Piccioli and Maria Grazia Chiuri asked me to join them, I was thrilled to see what they would create with my right fashion hand, Elizabeth Saltzman.”

“We got all inspired in the goop office about punk making a comeback through subtle influence and thus, we asked one of my absolute favorite websites, the most excellently curated SSENSE, to show us how we could work it into our spring/summer wardrobes,” she added.

Maybe hanging out with the bright and beautiful wasn’t so bad after all.