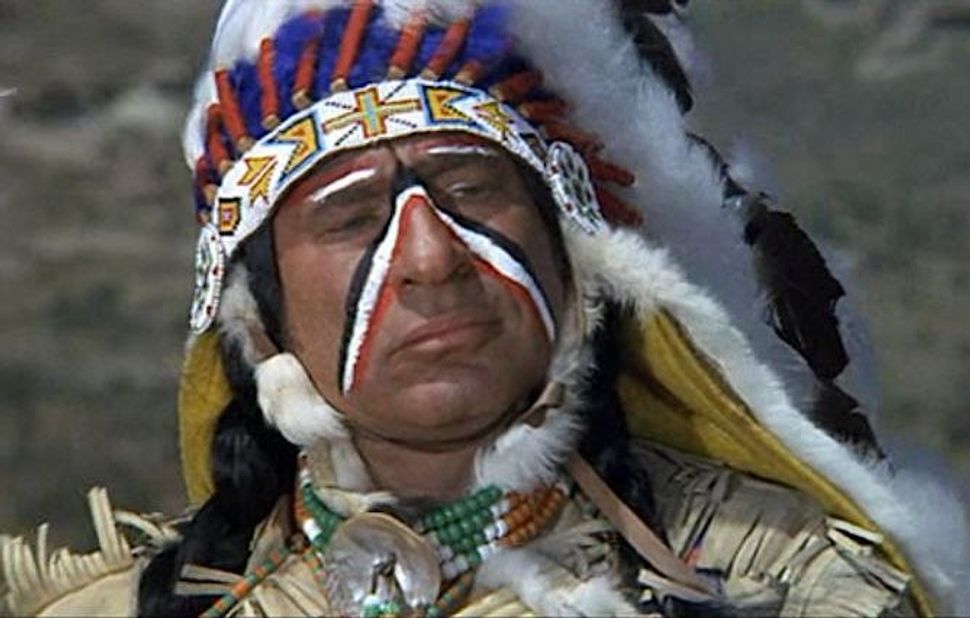 “Blazing Saddles” is generally regarded as Mel Brooks’s best movie: It was ranked sixth on the American Film Institute’s list of the 100 greatest American comedies and it was nominated for three Academy Awards. “Best,” though, is a relative term. Brooks’s Borscht Belt-meets-absurdism style is so unique and so indelible that what we call the “best” is usually the first of his movies we fell in love with. 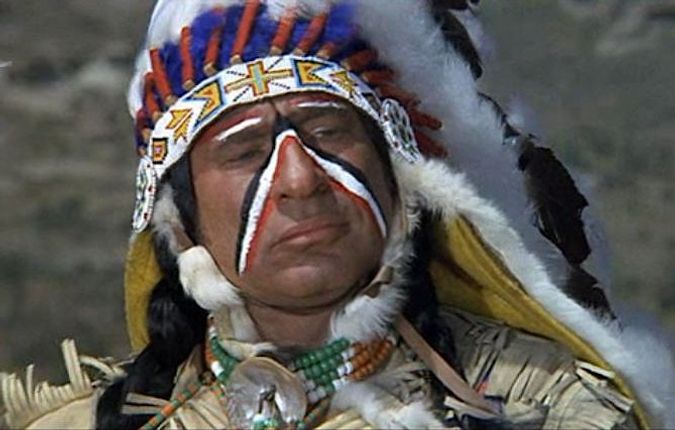 It’s safer to say that “Blazing Saddles” was Brooks’s most timely movie, even his most serious movie. And it’s as safe to say that there wouldn’t be a Mel Brooks installment of PBS’s “American Masters” (premiering May 20; check local listings) without “Blazing Saddles.”

The opening scene is terrific and justifiably famous. We see a mix of Chinese and black workers pounding hammers under the desert sun. Their vicious and idiotic white overseers demand they sing spirituals like they did when they were slaves. The workers huddle, break apart, and slowly we hear a sweet, beautiful voice: “I get no kick from champagne.” Almost before we can process the joke, Brooks lays a second one atop the first: the black workers join in, harmonizing with the lead singer. This isn’t one person singing Cole Porter; this is a full, sophisticated a cappella routine. Brooks continues to add inversion after inversion, but the jokes work because the first few bars of that unexpected, anachronistic song say so much about racial ignorance.

Coming less than a decade after the Civil Rights Act, “Blazing Saddles” exploded white Americans’ fears of integration and affirmative action. (Just before the climax, we see a poster reading “Help Wanted: Heartless Villains For Destruction of Rock Ridge, $100 Per Day, Criminal Record Required, Hedley Lamarr, Equal Opportunity Employer.”) The brilliance of “Blazing Saddles” is that you can watch it dozens of times, that you can laugh again and again at the sex jokes, at the sublime silliness, and even at the jokes about racial stereotypes without pausing to think about the underlying premise long enough to call it by its malicious name. Hedley Lamarr’s initial scheme boils down to this: If you put a black person in a prominent municipal position, everyone in the town will leave. “Blazing Saddles” is the funniest movie ever made about “white flight,” which is probably why it continues to make so many people uncomfortable.

First, we have to remember the context. “Blazing Saddles” was released in 1974, during the heyday of American postmodernism. Thomas Pynchon only just won the National Book Award for “Gravity’s Rainbow.” John Barth’s “Chimera” was another recent winner. If we think about the ending within that context, it looks like a normal postmodern setup.

The ending only becomes more antic and more intricate. Hedley Lamarr leaves the soundstage and goes to the Chinese Theater to watch the premiere of “Blazing Saddles.” He watches the good guys coming for him and it causes him to try to flee. Watching the movie is part of watching the movie. (It’s a joke Brooks loved so much that he used it again in “Spaceballs.”) We go back and forth from the movie to the set to the movie. Some characters act like actors playing characters. Some characters never drop the act. Is this comic or is it only silly? Is this postmodern or a joke on postmodernism?

Perhaps what Brooks was saying with the end of “Blazing Saddles” is that culture had become too anarchic to parody. There were no rules that artists had to follow. We would accept it all as serious art and Brooks approved. The end of “Blazing Saddles” calls back to the end of the Marx Brothers’ “Duck Soup.” In that surreal, anarchic ending, during Freedonia’s war against the Sylvanians, Groucho’s uniform constantly changes. One minute he’s in revolutionary war garb and everyone else is dressed like World War I soldiers; the next, Groucho is wearing a civil war infantry hat, then a confederate cavalry uniform. It’s a beautifully nonsensical statement of pacifism: war never ends, we only change costumes.

The movie reminds us that historical change is an illusion. We’re still genocidal, still racist. But perhaps we can use humor to get us to think differently. The end of “Blazing Saddles” isn’t an uncanny moment when Brooks’s parody echoes “serious” culture. The end of “Blazing Saddles” is a statement about how serious comedy has always been. It’s a reminder that much of what we sometimes call aesthetic experimentation came from screen comedies, from absurdist novels and films, from the need to push the comic envelope, to find new jokes. The ends is a proclamation about comedy and about postmodernism: Now we are all Marx Brothers.