The Talmud of ‘Arrested Development’ 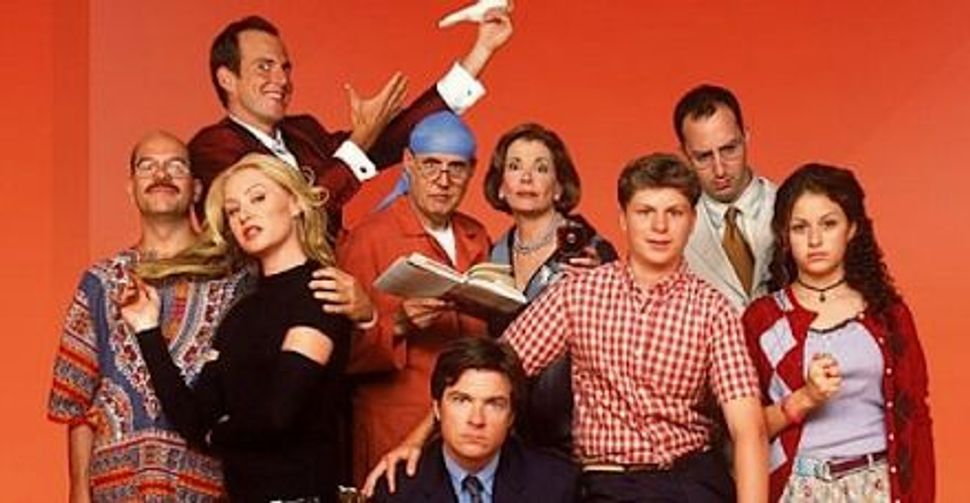 Calling something “talmudic” is a bad habit among Jewish critics. It’s a way of saying that a work has complexity and Jewish relevance, but it’s not usually clear what resemblance, specifically, a given text has to the Talmud. “Arrested Development,” on the other hand — the cult sitcom that returns on Netflix May 26 after a seven-year hiatus — really does bear the comparison, however unlikely that may seem. 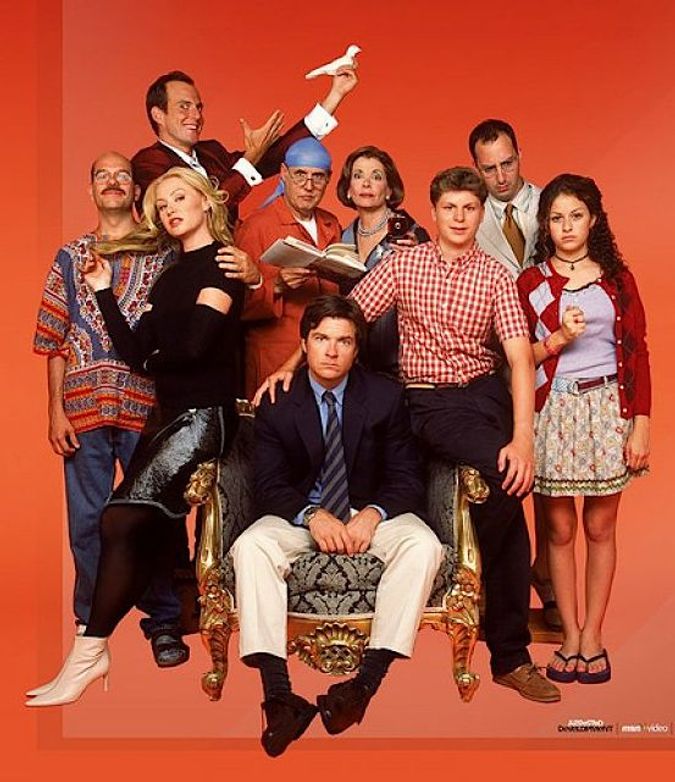 This idea occurred to me last week, when NPR released an app cataloguing every repeated joke and reference within the world of the show. These repetitions (155 of them, according to NPR’s count) were planned with what seems like tremendous foresight, and they are a major part of the show’s appeal. Every time the stair car is used for an escape, a lesson is taught through trauma, or Gob plays “The Final Countdown,” there’s pleasure to be had in recognizing those tropes from previous episodes.

The Talmud works in much the same way. Because it’s a collection of laws, arguments, stories and teachings collected over a period of several hundred years, there is no linear or chronological order to it. Material is organized according to subject, but the Talmud is famously discursive, and discussions wander into areas that are only tangentially related. Thus it often deals with the same questions more than once, necessitating reference to several volumes simultaneously. (That’s one reason why Daf Yomi, the practice of learning the Talmud straight through at the pace of a page a day, is not the best way to do it.)

This is also the basis for many talmudic commentaries. Tosafos, which is printed on the outside margin in standard editions, regularly attempts to resolve contradictions between texts. While the Tosafists — a group of medieval scholars from France and Germany — usually offered their own solutions, the questions they raised provided fodder for debate among their contemporaries as well as for later commentators.

Pursuing these lines of thought can be an engaging intellectual exercise, as Talmud study is reputed to be. And putting those pieces together is not so different — in a way — from connecting the parts of “Arrested Development” on the basis of recurring jokes. James Joyce famously remarked of “Ulysses” that “I’ve put in so many enigmas and puzzles that it will keep the professors busy for centuries arguing over what I meant, and that’s the only way of insuring one’s immortality.” And in fact, both the Talmud and “Arrested Development” are similar in this respect to “Ulysses,” with its immense web of internal references and allusions.

It’s especially telling that the new, fourth season of “Arrested Develoment” is being released online, rather than on a television network, and is being released all at once. It makes sense, because to watch “Arrested Development” is really to re-watch “Arrested Development.” Seeing one new episode a week doesn’t cut it — you won’t be able to get all the jokes. This way, you can binge through the first three seasons ahead of time, binge your way through the fourth when it comes out, and then rewatch it leisurely to pick up the nuances.

Still, this kind of game, pursued for its own sake, can become tedious. Underlying most Talmud commentaries (not to mention the Talmud itself) is the assumption that contradictions are only apparent, and that they can be resolved through a better understanding of principles. This strategy has led to a lot of great pilpul, but those of us who don’t grant the rabbis supernatural authority might contend that sometimes a contradiction is just a contradiction.

When it comes to “Arrested Development,” I find the show’s inner mechanisms amusing, but not more than that. Maybe that’s why I don’t love the show as much as its other fans seem to love it, and why I’m not convinced that the new season will be the second coming of the Ketzos. But I’ll be watching this weekend, and trying to spot the references. It may not be the most meaningful exercise, but as George Michael might say, three times now and counting, “I like the way they think.”

The Talmud of ‘Arrested Development’