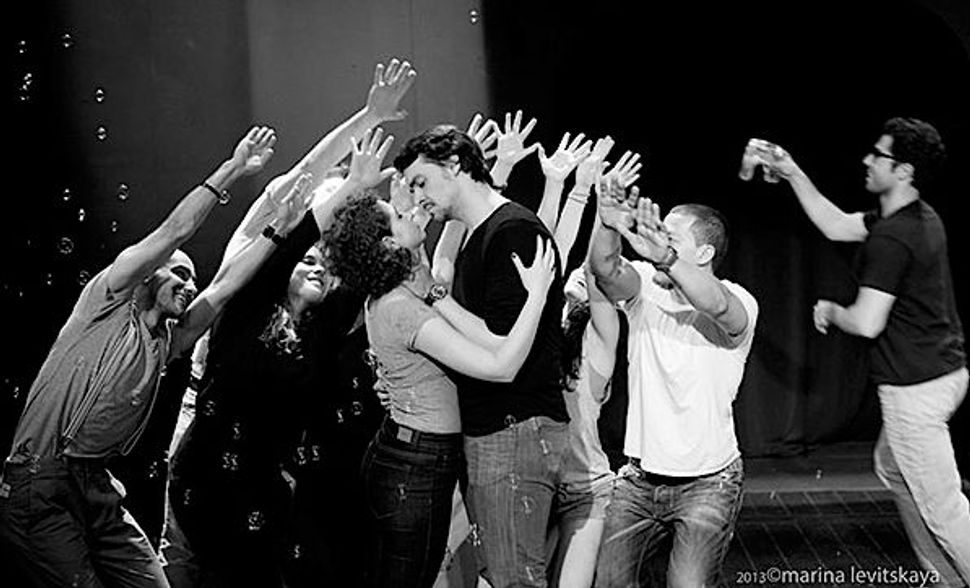 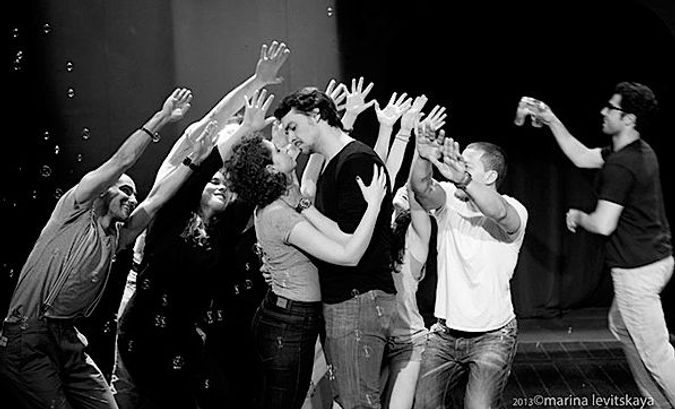 Alex, a once-accomplished investment banker who suffered an emotional breakdown after losing his job, has just moved back in with his overbearing parents who, in proper Russian-Jewish fashion, do not take kindly to his decision to abandon his career and become a musician. His brother Misha, a successful lawyer, also endures their criticism for marrying a non-Jewish woman. Their family drama unfolds while two cousins next door, Sharon and Magda, fight over selling their late grandfather’s apartment.

Immigrant family dramas are by no means new, and though the play’s experimental, minimalist set and instances of breaking the fourth wall add flair to an otherwise tired plot, tropes of the genre are employed without reservation. For instance, the parents’ revulsion to Misha’s new and questionable lifestyle choices — chief among them, a vegetarian diet (clearly the influence of his American wife) — does not even attempt to challenge Russian immigrant stereotypes. In that regard, the roles undermine the message “Covers” strives so hard to convey — that we are all masters of our fate and identity; we choose our “covers” and are not dictated by our past, despite the bearing it has on us.

Stereotypes notwithstanding, the play’s spectacular actors did great justice to the roles and accomplished what The Lost & Found Project sets out to with every production — to speak to a thriving community of Russian Jews, many of whom see performances like “Covers” less as another take on the played-out immigrant story than a testament to a history they lived and are a part of.

The parents Olya and Pavel, played by Gera Sandler and Yelena Shmulenson (Shmulenson appearing courtesy of the Actors’ Equity Association, and who has also appeared in “A Serious Man” and “Boardwalk Empire”), stole the show with galvanized outbursts and impeccably timed wisecracks. The family’s heated disputes were by far the most entertaining dialogues in the play, though the older, sassier cousin Sharon, played by producer and Lost & Found Project founder Anna Zicer, gave a very spirited performance as well, rife with snide remarks and a delightfully blunt arrogance.

If you are a Russian or a Jew, an immigrant or a first-generation American, a frustrated parent or a defiant child, or one who simply loves the theme of generations colliding during changing times, “Covers” is worth seeing. You don’t have to know Russian to sympathize: Even what our own parents tell us often gets lost in translation.