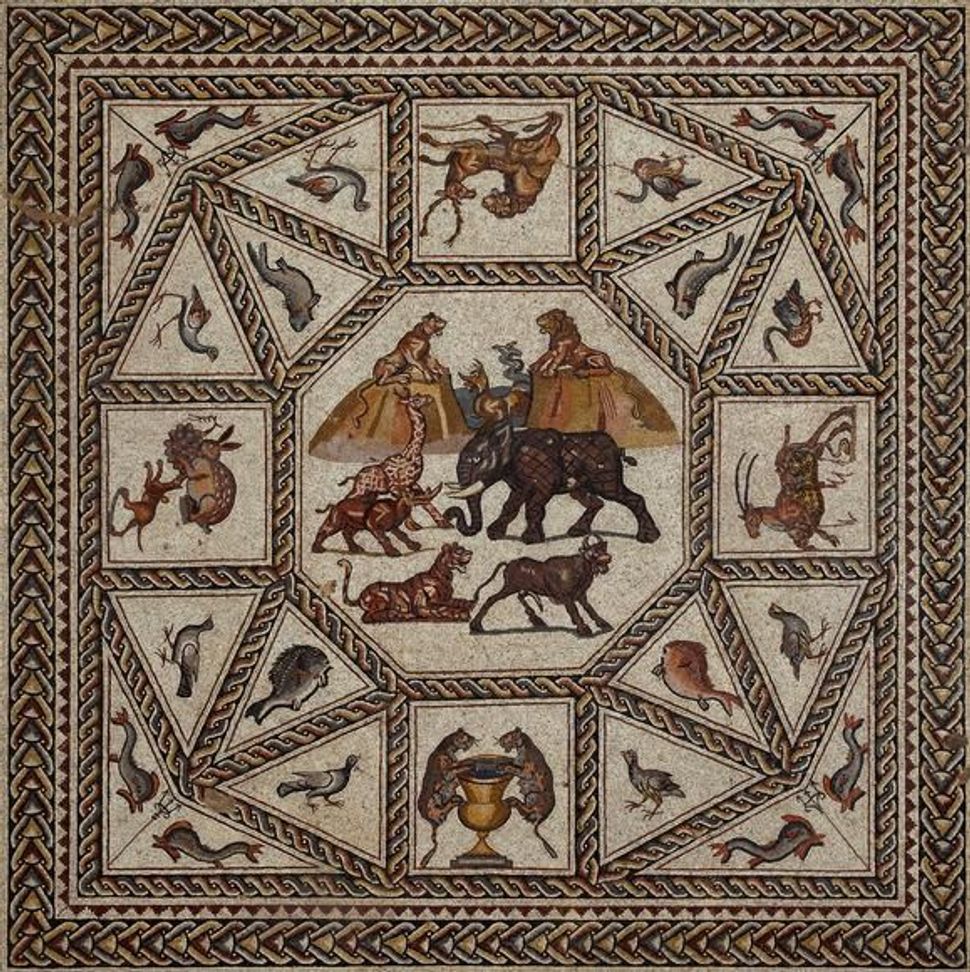 Perhaps the Mona Lisa is smiling about the fact that for the first time, an Israeli exhibition is on view at the Louvre in Paris. 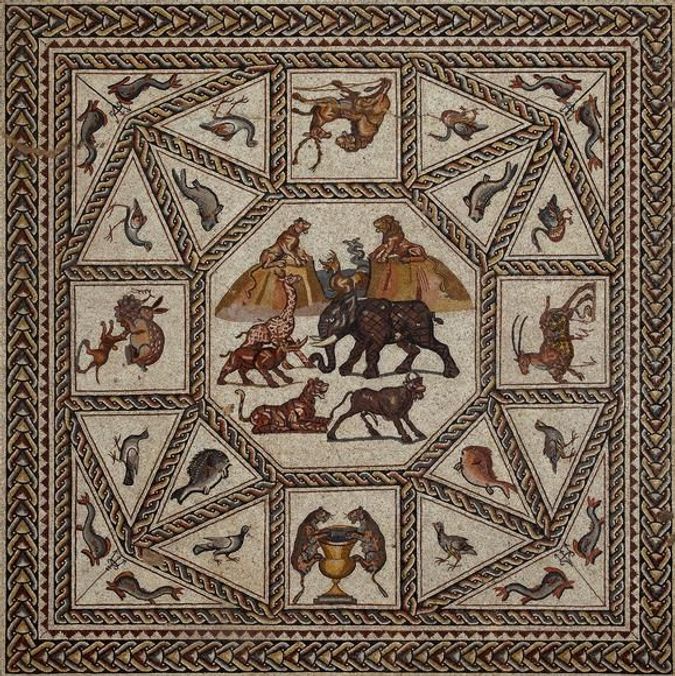 Visitors to the museum between now and mid-August will be able to see a 1,700 year-old mosaic floor that is believed by antiquities experts to have been part of a wealthy man’s house. The mosaic was recovered from under a garbage dump in Lod in central Israel in 1996, and was excavated by Miriam Avissar of the Israel Antiquities Authority in 2009.

It is believed that the mosaic, measuring approximately 50 by 27 feet, was laid around 300 C.E., and that it was the floor of a large reception room in a private home. At the time, Lod was known as Lydda (or by the Roman name Diospolis) and was a Roman Christian city. The mosaic was preserved by the house’s fresco-covered mud-brick walls, which had collapsed on to it.

With its depictions of colorful fish, birds and animals, the floor is highly unusual in that it shows hunting and marine scenes (including sailing vessels) without human figures.

The relic, which has been previously displayed in Israel and at the Metropolitan Museum of Art in New York, is being exhibited in the Louvre’s Roman art and antiquities gallery.