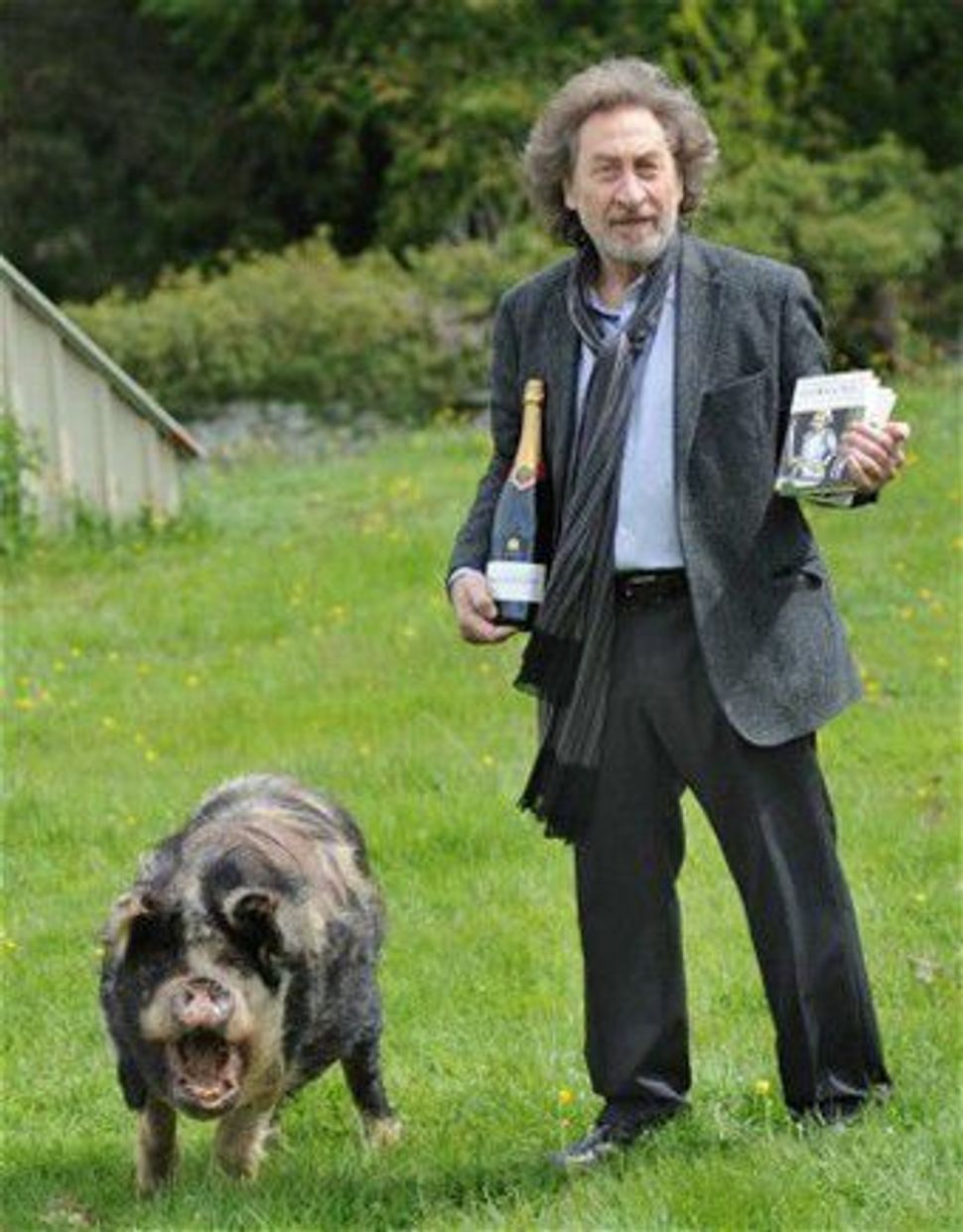 Author Howard Jacobson tried to be discreet about what he had eaten for breakfast while being interviewed about winning the Bollinger Everyman Wodehouse prize for comic fiction. He’d had bacon and eggs, and the prize was a 10-year-old kunekune sow named Zoo Time, after Jacobson’s winning novel about a writer distracted from writing.

This was not the first time that the Man Booker-winning British writer has been awarded a Bollinger Everyman Wodehouse pig. He received his first one in 2000, and it was named Mighty Walzer, after his winning book that year. Jacobson admitted to having never gone back to visit Mighty Walzer, but promised to develop a closer relationship with Zoo Time.

The Wodehouse prize, which “captures the comic spirit of the Jeeves creator,” was presented to Jacobson at the Telegraph Hay Festival, a six-day arts and literature festival, considered to be Britain’s foremost event of its kind.

“The great thing about this prize is that it seeks out funny writing, and funny writing doesn’t get much of a look-in in most other prizes…” the author said. “To have a novel recognized for being funny when you mean it to be funny is terrific, and I’m very pleased about it.”

As far as Jacobson is concerned, the awarding of a pig to a Jew is completely kosher. “I’m not a ritualistic Jew,” he said. “I don’t run from pig.”

Indeed, Jacobson didn’t seem to be at all put off by Zoo Time. He looked as pleased as punch as he posed for photographs, his book in one hand and a bottle of champagne in the other, as the pig grazed on the grass at his feet.

He was just relieved that she didn’t smell the bacon he’d eaten that morning on his clothes. Otherwise, he might have had to answer for his eating treyf.