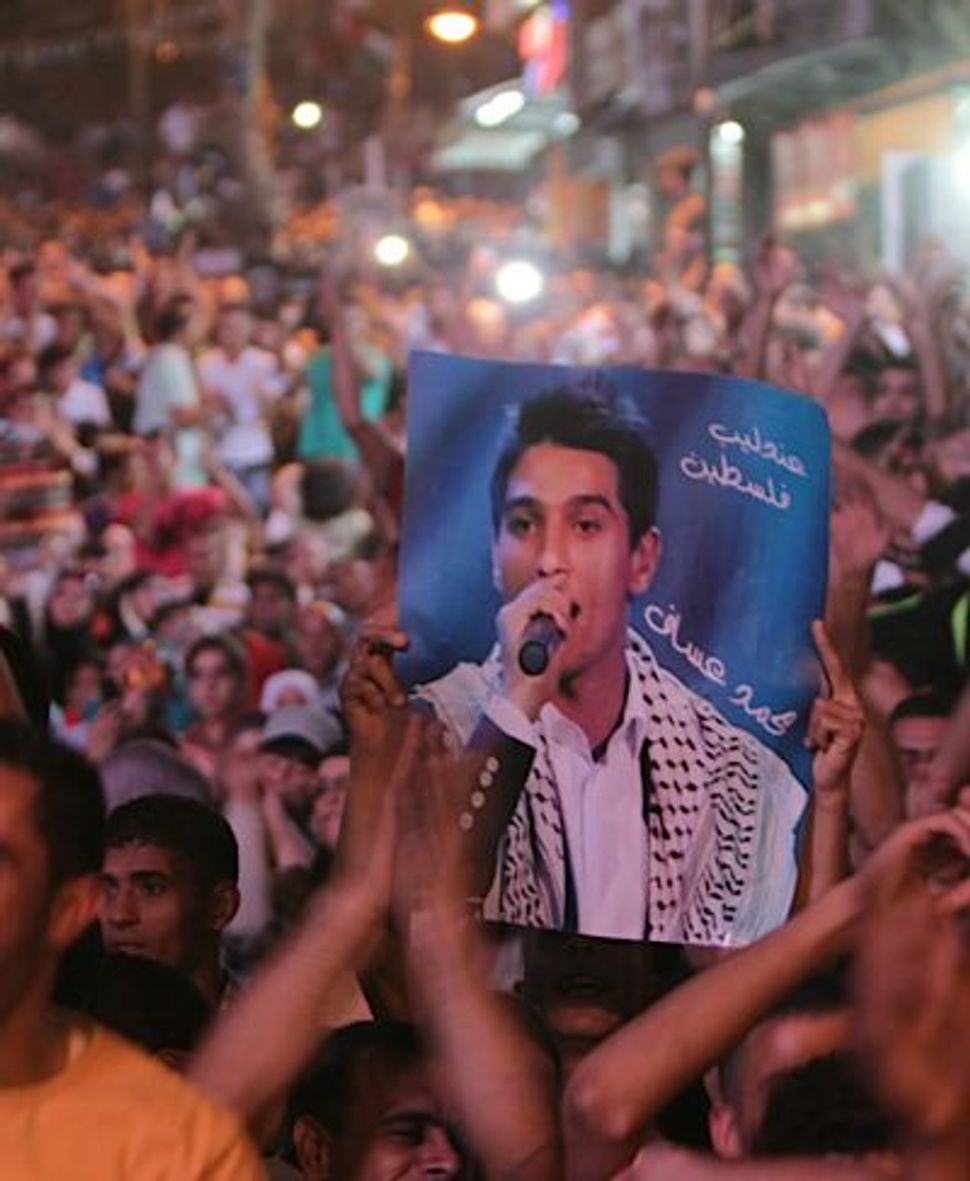 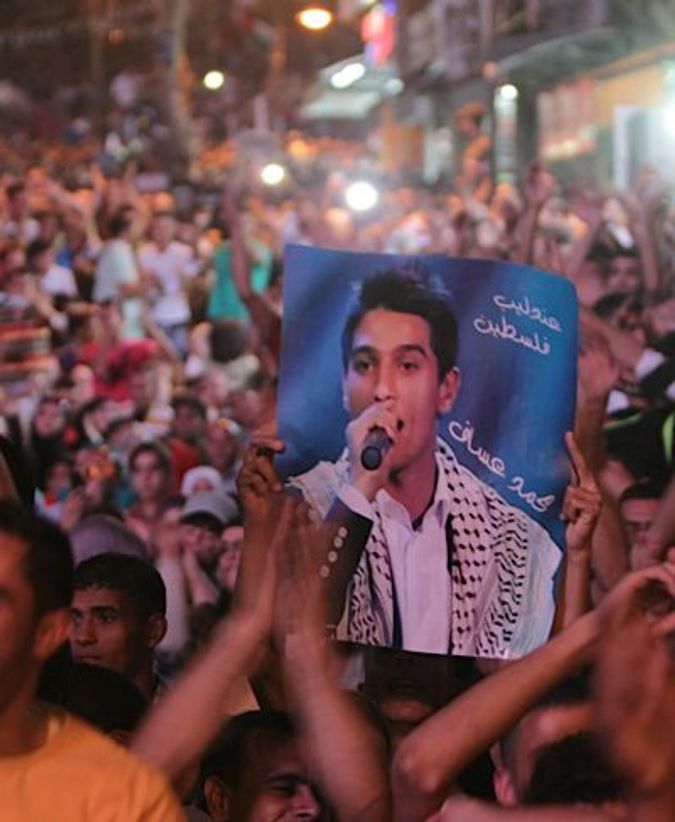 The fresh-faced 22-year-old from humble roots in a refugee camp endeared millions of voting television viewers with his Palestinian patriotic anthems and folk songs.

After watching Assaf’s victory from giant screens in the Gaza Strip and Israeli-occupied West Bank, tens of thousands of Palestinians set off fireworks, danced in the streets and blasted his music from cars idling in frantic traffic jams.

“This shows that Palestinians don’t just fight and struggle, but we rejoice and make great art,” beamed Awad Najib, a government employee, after a mass viewing outside the Ramallah presidential palace in the West Bank.

Some Muslim clerics in Friday sermons had dismissed the pageant, saying its title encouraged idolatry and that people’s energies would be better spent confronting Israel’s occupation.

Political activists, too, complained that the glitzy spectacle had little to do with the Palestinian plight.

But most Palestinians would have none of this, and Saturday’s revelry was like the end-of-Ramadan holiday combined with the World Cup Final.

The scale of the celebrations easily outstripped most political or protest rallies of recent years, and far exceeded those held after Palestinians gained non-member statehood in a vote at the United Nations General assembly last November.

Many political leaders, who have increasingly alienated Palestinians with their bickering, have sought to try to hitch a ride from Assaf’s galloping popularity.

Some greying officials had changed their Facebook profile pictures to his smiling face and spiked hair, urged people to text him their votes and praised his nationalist credentials.

“This win is a source of pride and a victory for our people on the road to achieving its dream of establishing an independent Palestinian state with Jerusalem as its capital,” President Mahmoud Abbas said in a statement.

Abbas was jolted this week by his prime minister’s surprise offer to resign and faces pressure by U.S. Secretary of State John Kerry to jump-start stalled Israeli-Palestinian peace talks.

But for locals, Assaf was all, and politics took a back seat.

“In the middle of the political failures, Assaf achieved something that made Palestinians everywhere feel hope was still possible,” said Imad Ahmed, a teacher from Gaza watching the show with his family at a beachfront restaurant.

After the victory, Assaf was named by the U.N. as its first youth ambassador to Palestinian refugee camps in the territories and in neighbouring countries. He is expected to visit the West Bank to perform.