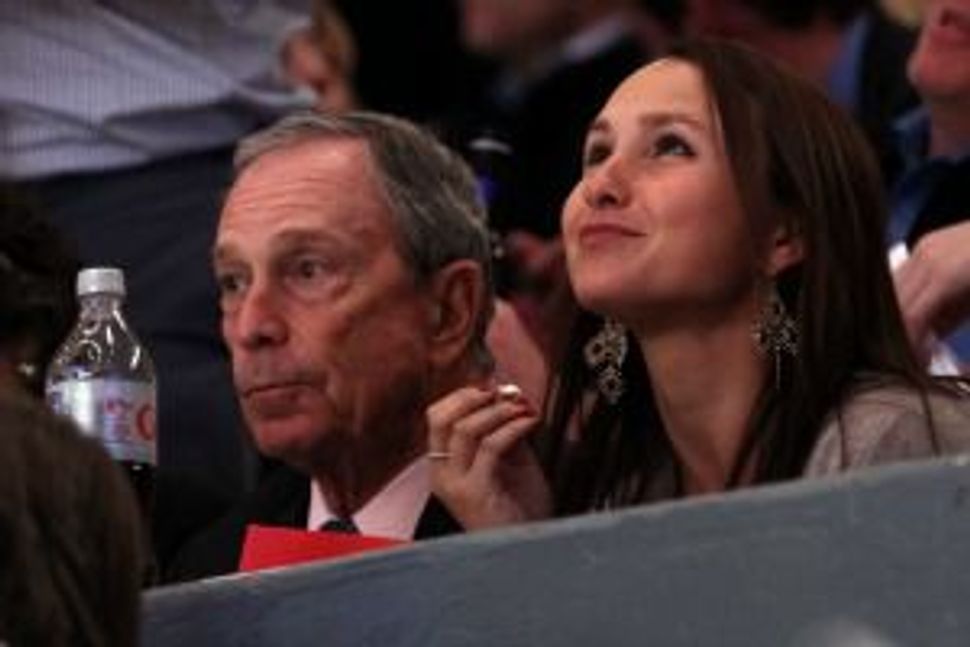 Mayor Michael Bloomberg may have a new title very soon. According to the New York Post, Hizzoner is a soon-to-be granddaddy.

Georgina Bloomberg, a professional equestrian, is expecting a winter baby, the 30-year-old’s spokeswoman confirmed on June 26.

“Georgina and her boyfriend are excited to be expecting a baby this winter. Her entire family has been incredibly supportive,” the rep said. The boyfriend (and father) in question is Argentine fellow equestrian Ramiro Quintana, 36, whom Georgina has been “quietly dating for a while.”

Georgina currently divides her time between the Upper West Side and the family farm in Wellington, Fla. As of now, her rep said she will not give up riding during the pregnancy.

This will be the mayor’s first grandchild. His oldest daughter Emma, 34, is married to Chris Frissora, but the couple have no children.

Marc LaVorgna, spokesman for the Mayor, told the Post: “He is thrilled and can’t wait to meet his first grandchild.”