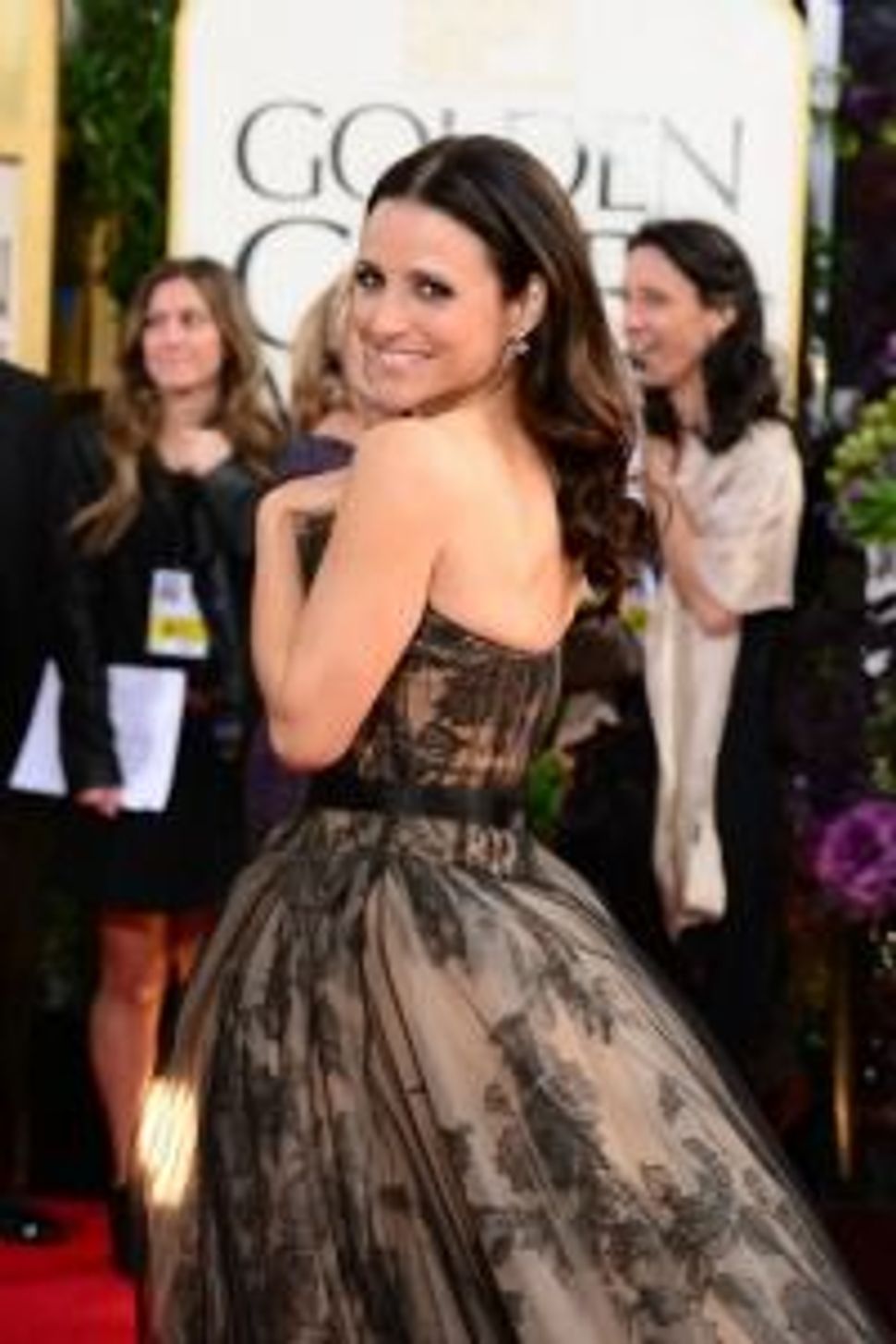 Julia Louis-Dreyfus tops the July/August cover of Health Magazine and man, she is hot stuff!

The “Veep” star declares that at the age of 52, she’s happy, healthy, and has embraced her curvy body. “Growing older,” she says, “It’s like, ‘Yeah, this is who I am, f— off.’ as opposed to, ‘This is who I am, I’m sorry.’ You know, there’s something about getting older and owning who you are that is a good thing.”

But it wasn’t always that way. “Let’s not forget the teen years. Which were excruciating,” Louis-Dreyfus admits in an interview. “There was this period in my late teens when I got really heavy and was body-conscious. Then there was that time when the oversized look was in. When I started on Christine, the costume designer was like, “You need to wear tighter clothes.” At first, I was appalled. Then I went with it and there was a turn for me: Show your shape! Because I’m not slim-hipped, I have curves. Own that.”

As for plastic surgery? Her husband of 26 years, Brad Hall, is dead set against it, but the actress confesses she’s thought about it.

I like that he likes me as I am — that’s important to me,” she says. After laughing and motioning to her neck, she adds: “Maybe one day i’m going to get a face-lift! I gotta fix this! But I’m terrified of surgery.

“A weird thing, though, is that watching yourself age on camera is amazing. Well, it’s not amazing, but it is a bizarre thing to witness in public,” she adds in the interview. “All of a sudden, when I turn my head, it’s like, What the hell is that doing there? That definitely wasn’t there before! It’s called a neck that goes bad. That Nora Ephron book [I Feel Bad About My Neck] is true. But that’s why God invented scarves.”