A Tisha B’Av Service Unlike Any Other 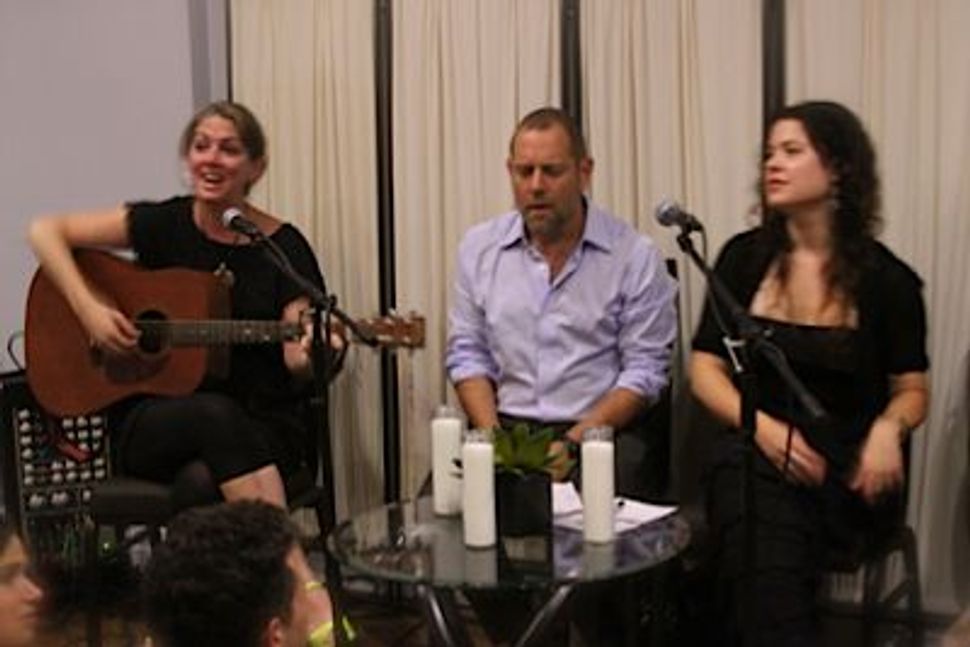 On the night that Jews around the world mourn the destruction of the Temple in Jerusalem, here was a Tisha B’Av service unlike any other: Neshama Carlebach singing her father’s mournful, hopeful compositions and Basya Schechter singing her lovely iteration of “Eicha.” The service was dubbed “Shattered Shrines” and was led by Amichai Lau-Lavie, the creator of Storahtelling and now a creator of Lab/Shul. 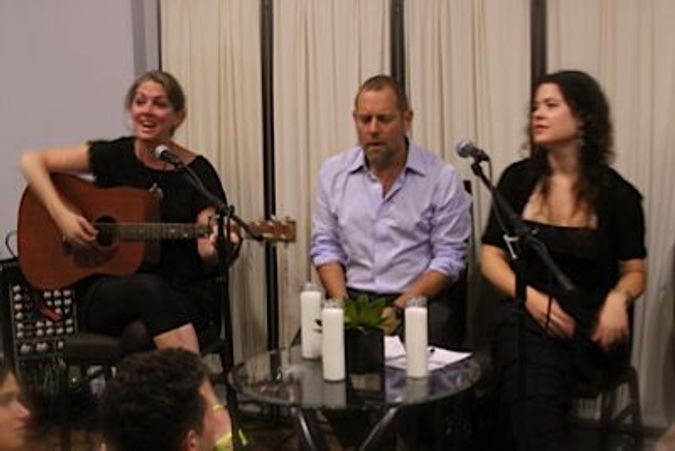 In an overcrowded room at The Brownstone, a cultural center for young professionals, Israelis and Russian Jews in Manhattan’s East Village, Carlebach and Schechter were accompanied by Naomi Less and Noah Solomon of the band Soulfarm, among other well-known musicians.

Lau-Lavie read accounts of Jerusalem’s destruction and promise from the Zohar, and the 120 people in attendance sang along with Carlebach and Schechter. After Carlebach told her father’s story about the mistakes each of us makes in this world being mirrored in reverse in the upper world, Lau-Lavie urged people to consider the ways in which we are broken, like Jerusalem, and asked participants to turn to each other and discuss, for a few minutes, their response to the question “where are you?” in the story. He asked participants to consider how the destruction of Jerusalem relates to each of us and how we relate to it.

The service was unusual because of the age range of the people in attendance — from those who might have been in college or grad school, while others appeared to be in their 60s and 70s. Two Russian Jews affiliated with The Brownstone spoke — one recited a poem by Alexander Galich (ne Ginzburg) called “When I Shall Return,” and another related his experience of exile from Odessa, Ukraine and subsequent aliyah to Israel. As his airplane approached the coast of Israel, he said, he envisioned his ancestors fleeing, from that same coast, to escape the tyranny of Roman oppression.

Lau-Lavie, who is currently in rabbinical school at The Jewish Theological Seminary, was in the middle of class the next morning and unavailable for an interview. But in an email, he wrote: “Last night, drenched in sweat, we built a cornerstone for a new sacred center, using the old shattered stones of a temple long gone.”

He and Carlebach, along with other music and ritual leaders, will be leading High Holy Day services together at Lab/Shul, which launched this month and is a new phase in Storahtelling’s development, as it transforms itself from an organization melding theater and ritual into a Jewish community where the arts are seamlessly integrated into worship and the focus is on inclusion.

There are some Jewish traditions that say Tisha B’Av is the beginning of the High Holy Day season, Lau-Lavie said during the service. It closed with Carlebach’s rendition of “Return Again.” Later, Lau-Lavie said that Lab/Shul will open each of its High Holy Day services singing that same song — a beautiful, and powerful, way to open the season of repentance and awe.

A Tisha B’Av Service Unlike Any Other