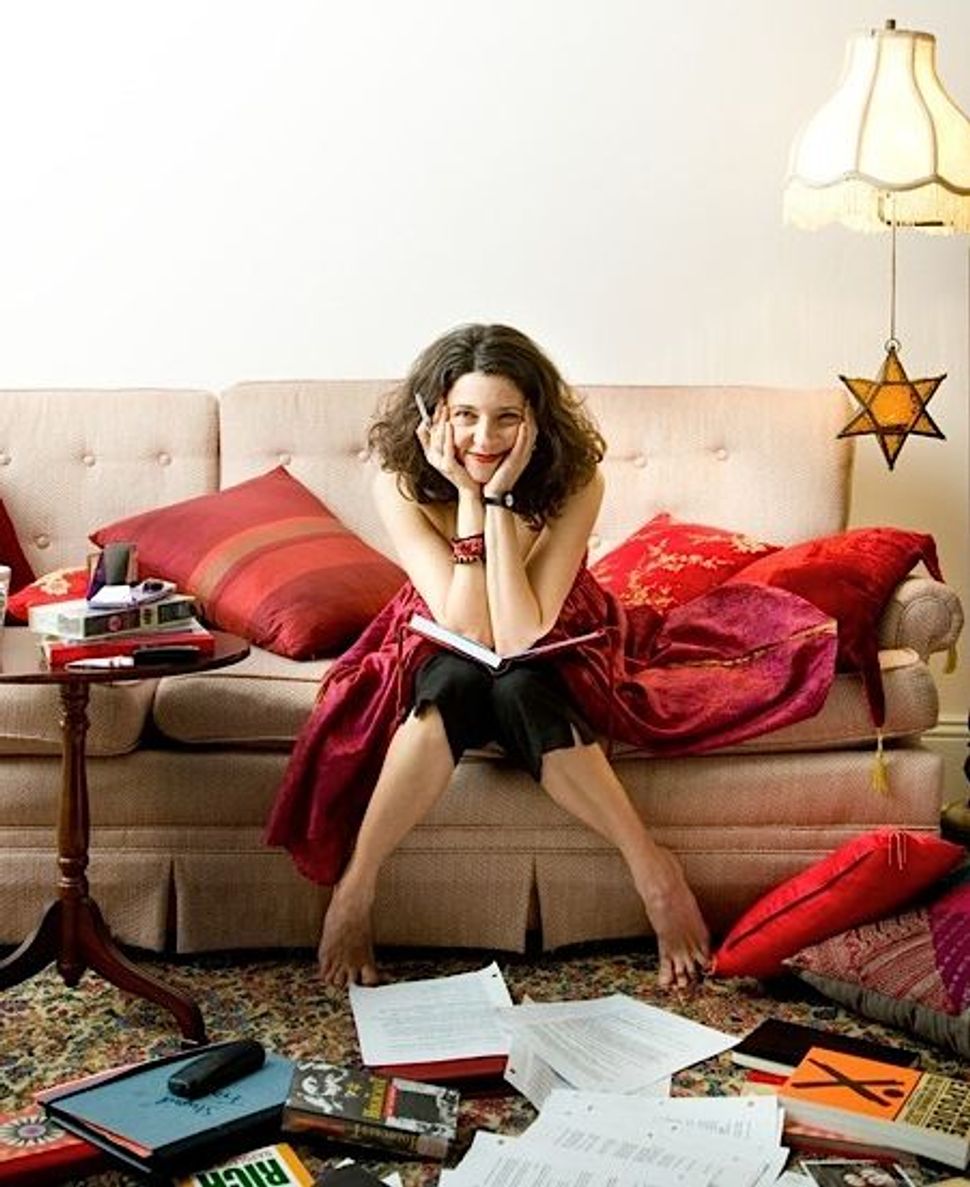 There won’t be much physical action in “Married Sex,” Washington, D.C.-based playwright Laura Zam’s latest work. And, truthfully, like the complaints of many long-married couples, the sex in this one-woman show is really just a starting point to discuss relationships, traumas and healing. But the play, which makes its New York debut August 10 as part of the New York International Fringe Festival, takes audiences on a wild and emotional ride through what might be called the sex industrial complex. 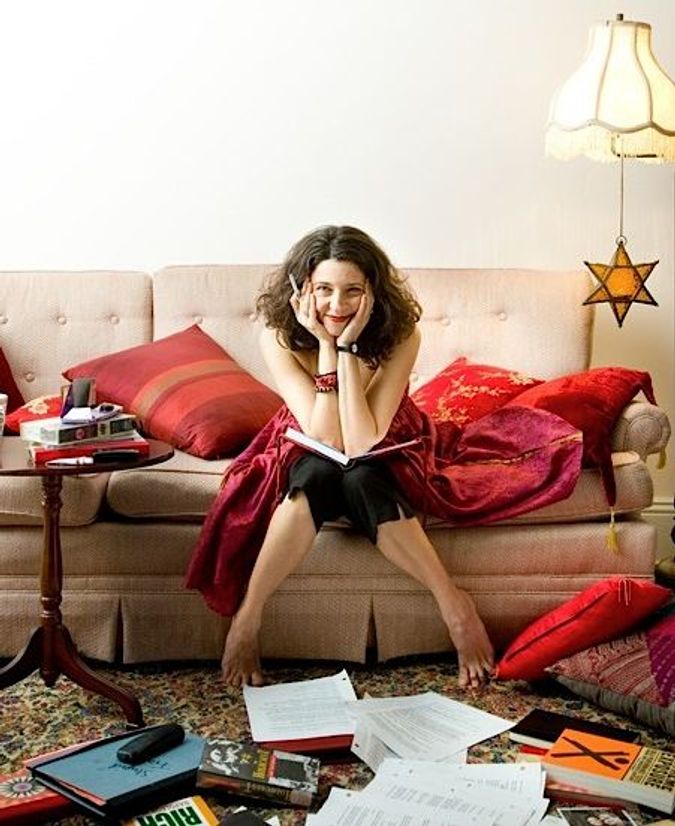 Zam can be sharply sarcastic, witty, rueful and revealing about what goes on, or doesn’t, in the marital bedroom. She’s particularly open about her own sex life and the problems she’s encountered along the way to what is now a happy and fulfilling married life.

But it took her a long time to get there. Now 49, Zam, a solo performer and playwright, has had her work produced around the country, including at The Public Theater in New York, The Kennedy Center and U.S. Holocaust Memorial Museum in Washington, D.C., as well as in more intimate settings including workshops for wounded soldiers from Iraq and Afghanistan at Walter Reed Army Medical Center; workshops for women who have been raped; dialogues between Israeli Jewish and Arab teens; and a program for disenfranchised youths in Southwest Washington. In her earlier play, “Collaterally Damaged,” Zam explored her mother’s experience as a survivor of Auschwitz alongside accounts of contemporary genocide, putting a spotlight on ravaged regions such as Darfur, Rwanda and Bosnia.

“Married Sex” explores another type of survivor — one of child sexual abuse — and delves deeply into Zam’s difficult experience as a victim of not one but two sexual predators.

“I was sexually abused by two neighbors when I was very young,” she said. “The main abuse happened when I was four.” She tells of a man, a neighbor in her Jewish middle-class Brooklyn neighborhood, who would lure her into his garage, undress her and “then he would do something … I didn’t know what because I was very young.” A second man, also Jewish, Zam pointed out, would often rub and fondle little girls, including her, in the neighborhood.

For years, decades even, Zam put these experiences behind her, becoming a theater major at Brooklyn College and receiving an MFA in creative writing from Brown. Her professional life was a success, but her dating life was a mess. And sex was the worst part of it.

So she went to work, with therapy and other self-help practices. “As I reached my adulthood, I got very attracted to all kinds self-healing and self-help and therapy,” she said. “I worked out these issues in great detail over the course of many years, to the extent that I didn’t feel there was any emotional or psychological residue. There was no fury, no anger that you can hear in my voice. I’m not in pain over this.”

And yet, when she married in her mid-40s, she discovered on her honeymoon in Rome that something wasn’t right about being intimate with her husband. “My body somehow retained a fear mechanism because of this that I have no control over,” Zam explained. “There’s a perception about sexual violence that the healing that takes place is exclusively emotional, so for instance, if you just find the bastards and lock them away that is going to supply whatever the victim or survivor needs.”

Originally commissioned by Theater J in Residence at the Washington, DC-JCC for its popular Locally Grown new works series, “Married Sex” deals bluntly and openly with issues of sexual abuse, which Zam notes are as prevalent in the Jewish community as in the general population.

“The secrecy is so important to these acts, especially the perpetuation of it in an abusive situation,” she said. That’s why she was willing to share so much of her own personal journey in the play. “I struggled with it at first, but once I made a commitment to talk about it, I realized, I had to be as truthful as possible.”

Beyond a look at sexual abuse, Zam sees this as a story about trauma and healing, which remain especially relevant to Jews. “Jews carry this trauma of persecution, thousands of years of it,” she said. “That really speaks to me as a Jewish person about making decisions about what do I do with my victimization. I talk to a lot of Jews about this and they say they don’t want to heal the trauma that’s associated with persecution. They want to carry it, to nurture it.”

She continued: “Everybody has their own personal relationship with trauma and healing. I can’t tell a survivor or a survivor’s child what to do with their trauma. I want to make a point that it’s something we can carry … it’s a part of who we are.”