The Life of Linda Lovelace 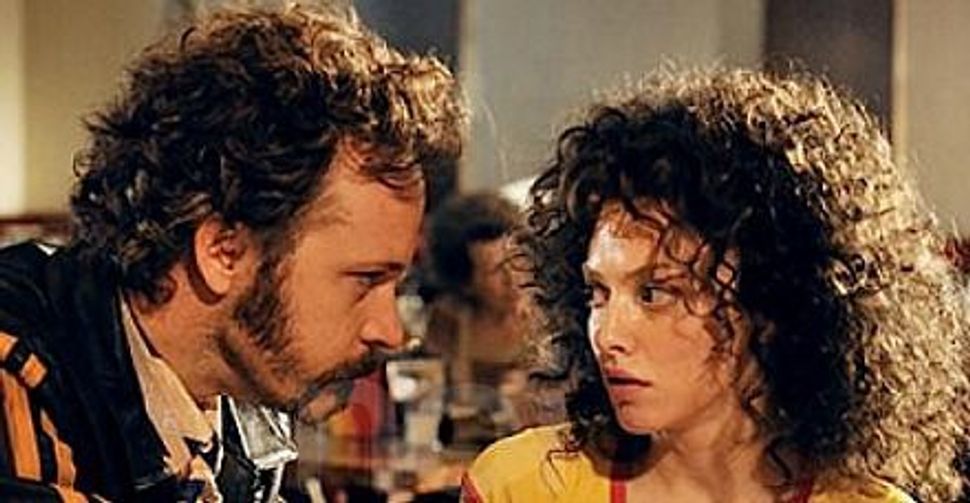 Before home computers, before the Internet, there was Linda Lovelace. For those who may have missed the 1970s, Lovelace starred in “Deep Throat,” the first “adult” film to receive mainstream distribution. 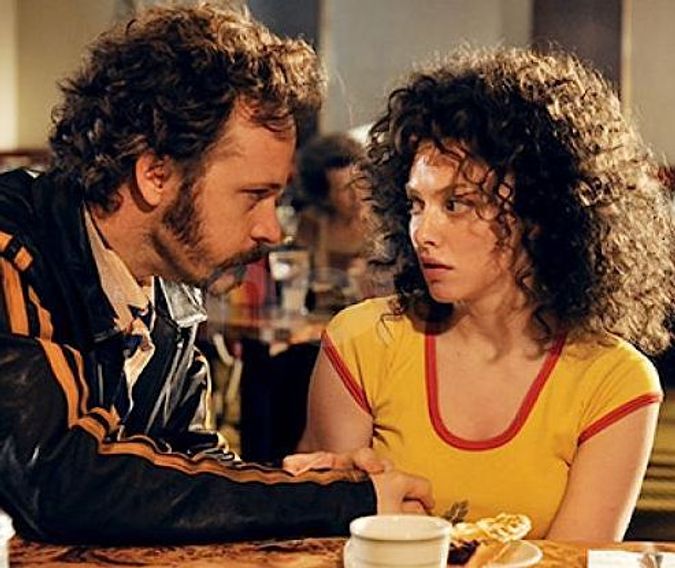 That was humorous, perhaps. But there was nothing funny about her real life. Lovelace later revealed that she was abused by her husband and forced not only to appear in this film, but to perform acts of prostitution, as well.

Her life is the subject of a new biopic, “Lovelace,” which opens August 9 in theaters and on Video on Demand. It is directed by Rob Epstein, 58, and Jeffrey Friedman, 62. The pair are also behind such well received documentaries as “Common Threads: Stories From the Quilt” (an Academy Award winner) and “The Celluloid Closet” (for which they won a directing Emmy). Their first narrative film was “Howl,” which starred James Franco as a young Allen Ginsburg.

Epstein and Friedman spoke to The Arty Semite about tandem directing, casting “Lovelace” and how being Jewish affects their expectations.

Curt Schleier: How long have you two been working together?

Rob Epstein: We started working together in 1987 after I had made “The Times of Harvey Milk” [for which he received his first Academy Award]. Jeffrey was the editor on that and we really enjoyed our collaboration. We started a production company before we had an idea for a project. That was “Common Thread,” which won an Oscar and solidified our partnership.

Directing is difficult under the best of circumstances. Wouldn’t having two directors make it harder?

Jeffrey Friedman: It’s actually easier to have someone to bounce ideas off of, to help solve problems when you’re up against something difficult and just to let you get off your feet now and then. We’ve been doing this a long time and we’ve developed a very comfortable, easy, free flowing way of sharing responsibilities.

Do you see a relationship between “Lovelace” and “Howl”?

Friedman: Linda is very different from Ginsberg, but both were important figures in the counter culture, very influential in the sexual development of the culture, both in terms of the sexual revolution and the beginning of feminism.

Did you see “Deep Throat” when it was first released?

Friedman: I didn’t. Did you Rob?

Epstein: I did. I saw some of it when I was in college. I remember it being more like a cartoon than anything else.

You rounded up a first rate cast. Given the subject matter, did you have any difficulty?

Did you get any pushback from her people?

Friedman: No. Actually her people were very supportive. I think Amanda was looking for a challenge and a chance to show what she could do as an actress. Her reps were totally behind that.

So casting was simple?

Epstein: No, it’s never simple. The part of [Linda’s husband] Chuck [Traynor] was a hard part to cast. Peter [Sarsgaard] was excited at first and then became reluctant to do something that was so dark since he had a child on the way [with wife Maggie Gyllenhaal]. But he decided he just didn’t want to give this part up. And Sharon [Stone] was an idea presented to us. Of course, we knew her to be a great actress, but the challenge would be if she was willing to let herself be de-glamorized. She is such a natural beauty. But would she let herself be beaten down to play a middle-aged depressed woman. When we met Sharon, she wanted to go even further than we wanted to go.

Epstein: People say the same things at the screenings. When they see her name in the credits they go on their smart phones to IMDB to find out what role she played.

Can you tell me a little about your life growing up?

Epstein: I grew up in New Jersey. We were culturally very Jewish, though not religiously. We were very connected to our heritage. My maternal grandmother was an immigrant from Eastern Europe and her first language was Yiddish. I remember growing up and seeing the Forward. I went to Hebrew school and had a bar mitzvah in the back yard. It was a very “Good-bye Columbus” bar mitzvah complete with a 16mm movie with me sitting in a chair as though the whole thing was a dream.

Epstein: No, it was a Bernie Something production, but it was modeled like a Hollywood movie.

Friedman: I was raised non-religious. Completely secular. The Jewish influences I can identify are a respect for learning, books and reading and a progressive mindset. I come from a vey progressive left-wing family.

Your next two projects are both narrative films. Is that where you’re heading?

Lovelace is competing against multi-, multi-million-dollar summer spectacular films. Have you got a shot?

Epstein: In some ways, films like we’re doing operate in a different financial universe than those other movies. We’re working on a budget that’s under $10 million and shooting in 25 days. Hopefully, these kinds of films can continue to find an audience, be profitable and still get made. We think there is an audience hungry for serious adult drama.

Epstein: Another part of our Jewish heritage is to not be optimistic.

Watch the trailer for ‘Lovelace’:

The Life of Linda Lovelace