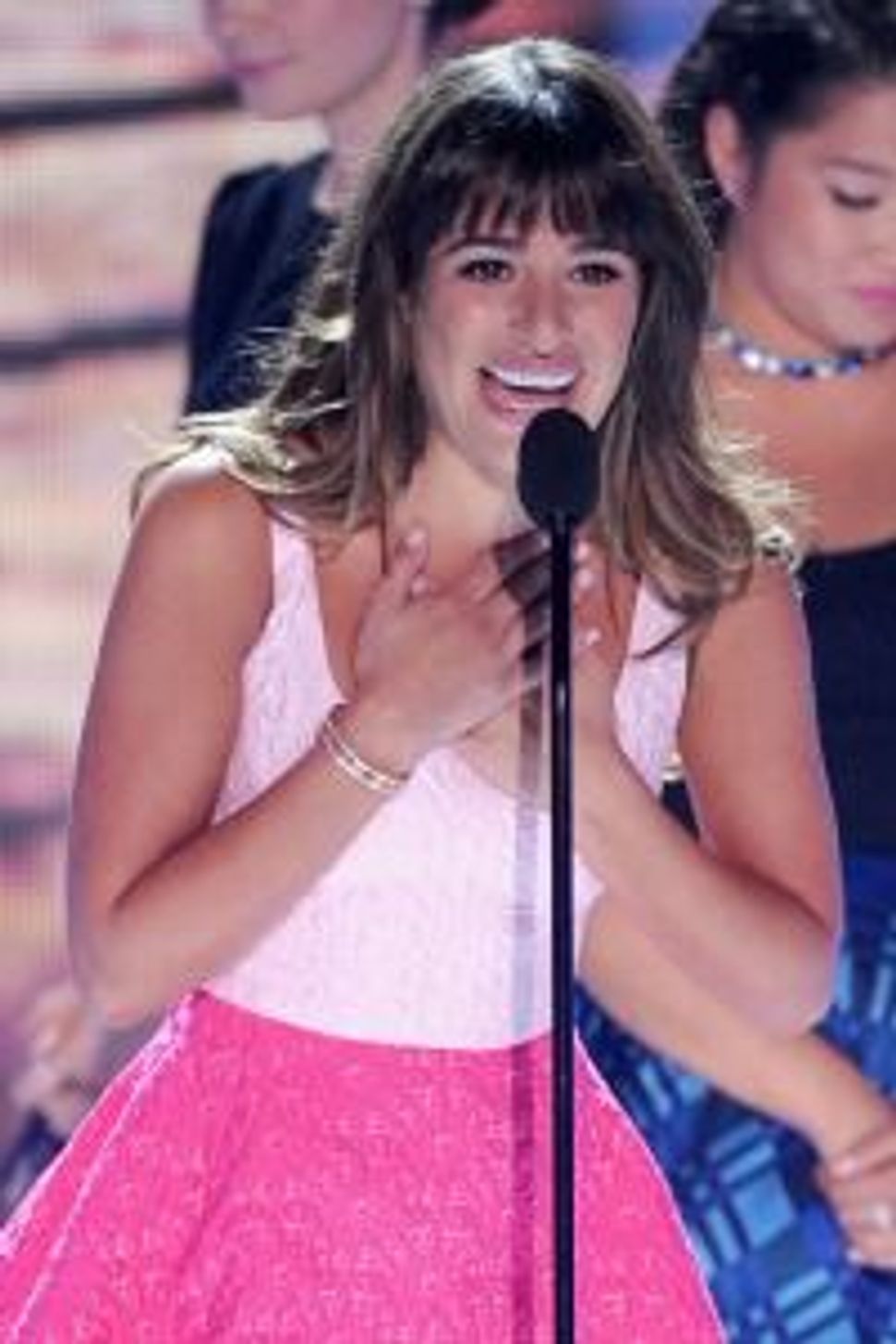 During her first major public appearance since the death of boyfriend Cory Monteith, Lea Michele used her acceptance speech at the Teen Choice Awards to thank fans for being so supportive of her in this difficult time.

Wearing a necklace that spelled out the actor’s name, Michele fought back tears as she accepted the award for Choice TV Actress — Comedy.

“I wanted to dedicate this award to Cory,” she said. “For all of you out there who loved and admired Cory as much as I did, I promise that, with your love, we’re going to get through this together.

“He was very special to me, and also to the world, and we were very lucky to witness his incredible talent, his handsome smile, and his beautiful, beautiful heart,” she added. “So whether you knew him personally or just as Finn Hudson, Cory reached out and he became a part of all of our hearts — and that’s where he’ll stay forever, so thank you guys so much.”

Prior to the speech, the whole “Glee” cast came onstage to accept the Choice Comedy award, and paid their own tribute to their departed co-star.

The fifth season of “Glee” premieres on Fox on Thursday, September 26. A tribute to Monteith is planned for the third episode.

Watch the emotional speech below: