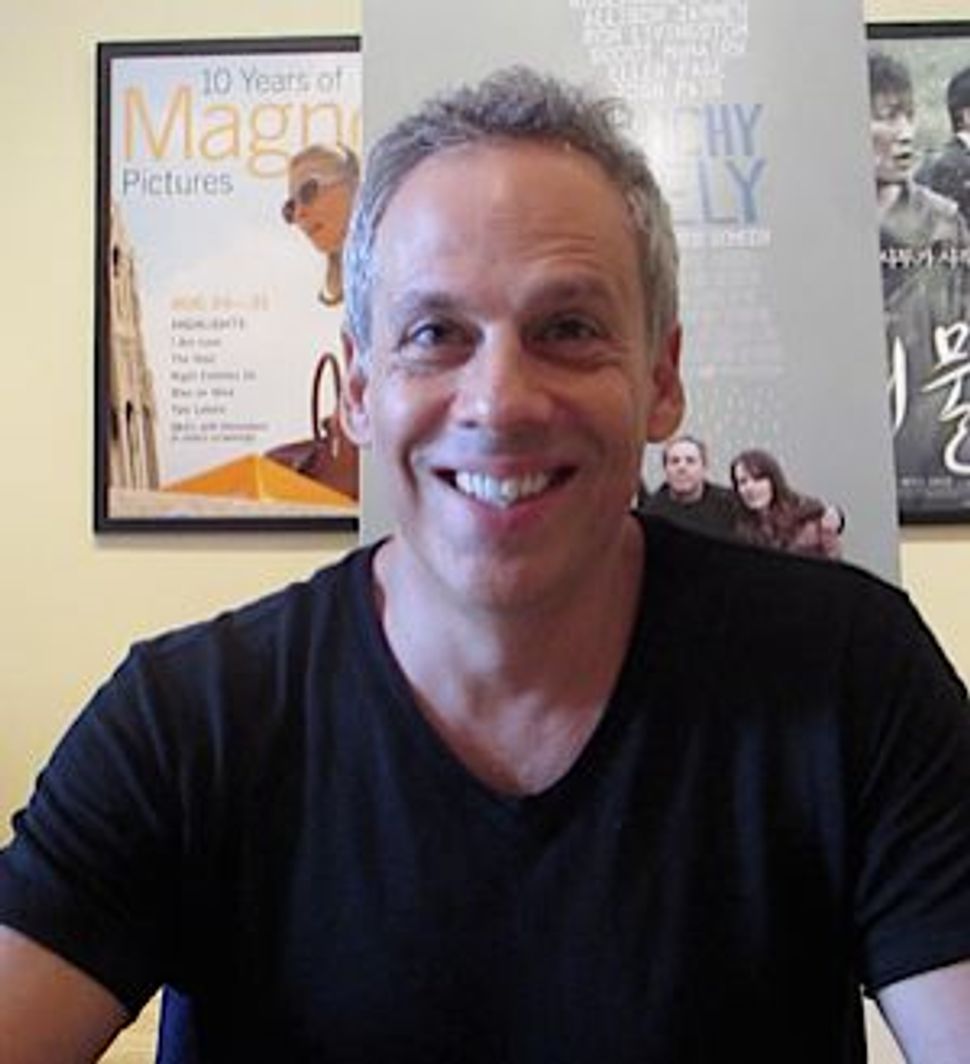 In the movie, Abby (Rosemarie DeWitt), a massage therapist, has a commitment-phobia that gushes out sideways. She can’t touch other people’s skin, which is awkward in her line of work. Abby’s brother Paul (Pais) is a sad, uptight, socially inept dentist with a floundering practice. Ellen Page plays his encouraging and emotionally-stunted daughter. The talented cast includes DeWitt’s real-life hubby Ron Livingston, and Allison Janney as the healer who loosens Paul up. “Touchy Feely” is about living in one’s skin, both figuratively and literally.

The Arty Semite caught up with Pais at Manhattan’s Magnolia Pictures office.

Dorri Olds: What is it like to work with the cast of Touchy Feely’?

Josh Pais: Outstanding. Everyone feels a sense of ownership in creating a Lynn Shelton movie. Lynn chooses amazing people — including the crew. Every person there is committed to making the film the best it can be. Ellen and Rosemarie and Scoot [McNairy] and Allison — everybody was just delicious.

How did you craft your character?

I played with creating somebody that was shut down and inside of himself, thinking that if he holds on tightly that will give him some kind of comfort but instead it creates nothing but discomfort.

I teach a course called “Committed Impulse” and part of the work I do is to get people outside of their heads. It wasn’t one specific person that I drew on for Paul but many people from years of those experiences.

Did you study psychology for this course?

No, it’s the opposite of psychology. It’s not about going into your past. It’s about connecting with your body and what is actually around you. It’s about breathing and training everyone to stay right where they are.

Is it just for actors?

It started out that way but now a lot of entrepreneurs take it too. I live mostly in New York but I teach in both New York and L.A.

Can we talk about your character Stu Feldman in “Ray Donovan”?

Stu is the polar opposite of “Touchy Feely’s” Paul. Stu runs Paramount Pictures and he’s a guy who has all the toys, all the money, all the power, but none of it has ever built up his self-esteem. He’s childish and manipulative and feels more alive when he’s dominating everyone around him. He’s yearning for acknowledgment but he is empty inside.

Was it upsetting when Time Warner dropped Showtime

We were like, “WHAT?!” I hear that throughout the country “Ray Donovan” is a big hit and people are loving the show but now, because of Time Warner, not everyone gets it on cable. It’s interesting, society is at a crossroads with media and the Internet. It will be interesting to see how this gets resolved. I know I’m switching to Verizon. They still have CBS and Showtime.

The second season of “Ray Donovan.” And I have a couple movies people have talked to me about for the fall. I’ll have to let you know which ones I do.

Watch the trailer for ‘Touchy Feely’: