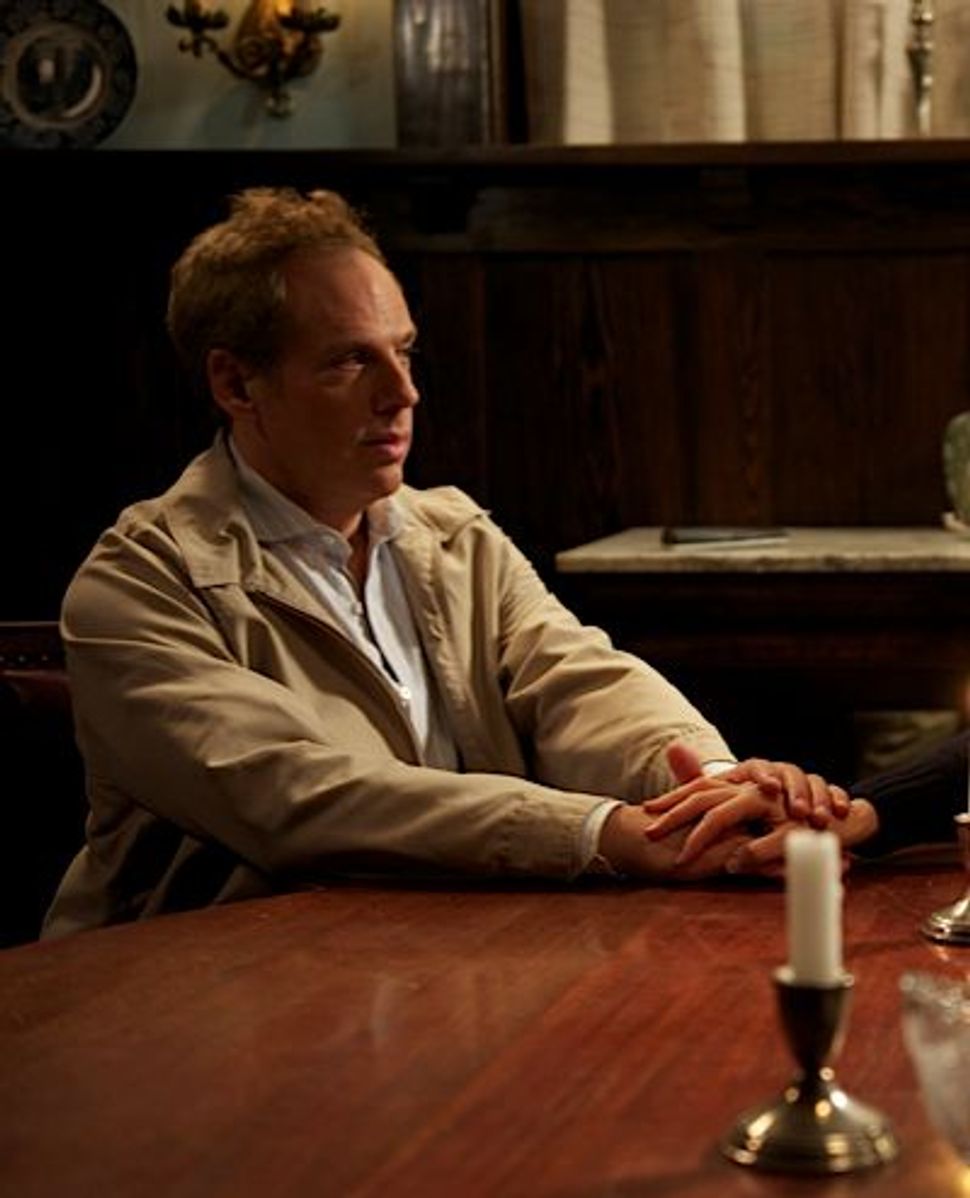 Josh Pais has been in dozens of films playing many roles, including Raphael — not the painter, the Teenage Mutant Ninja Rurtle. But for most of his career he has been a sought-after character actor in independent films.

Pais’s current effort is Lynn Shelton’s “Touchy Feely,” co-starring Rosemarie DeWitt, Ellen Page and Allison Janey. Pais and DeWitt are Paul, a dentist with a declining practice, and his sister Abby, a massage therapist with more bookings than she can handle.

Pais talked to The Arty Semite about how he learned to be invisible, the difference between independent and studio films, and his Dutch father who spent World War II working for the underground and hiding in Amsterdam.

Curt Schleier: There are two Pauls. One seems insecure and the other is confident and positive. Which one describes the real Josh Pais?

John Pais: At this point, I’m more the “after” dentist. I would say I’m quite happy in my life the majority of the time. Earlier in my life I was more questioning, overly trying to figure things out. I like this way much better. I think success is tied to it. I always worked pretty steadily. But maybe out of some kind of fear I put the brakes on letting myself be as successful as I’d like to be. More and more I’ve taken the brakes off and let whatever happens happen.

What part of yourself did you question?

Whether I should be further along or why I felt so comfortable being in smaller roles. I grew up in the East Village, in Alphabet City, when it was a very dangerous neighborhood. To survive there I had to learn to be a little bit invisible. It was the kind of neighborhood where, if you were part of it, you were protected. Still, I had to keep kind of a low profile so I didn’t get messed with and maybe that carried over to the way I picked parts in my career. I was more comfortable doing smaller roles in a lot of movies than bigger roles in fewer films.

I’ve always felt that the difference is less between studio and independent films than just between good and bad movies. What do you think?

I agree whole-heartedly. It’s just a matter of budget, and budget does not produce better films. It produces better craft services.

Because of the roles you played, I imagine people recognize you all the time but don’t know from where.

It happens a lot of times every day, and I usually don’t mind it. I get a little upset when I say I’ve been on TV and in the movies a lot and they adamantly deny that’s how they know me. What’s interesting is that’s been shifting. I’m getting less and less of that and more of that they love my work in one thing or another. I’m appearing on [Showtime’s] “Ray Donovan” and somehow that’s helped connect all the dots, helping people put all the pieces together. Early on, I was into creating very diverse character and it took people a long time to realize it was the same guy.

Working on all those small independent films, I hope you had some miserable — but in retrospect funny — experiences you can share.

I’ve thoroughly enjoyed everything I’ve done. I do remember this terrible experience on “Law & Order.” For one episode, they had some scheduling changes because they’d done a rewrite. They called me six hours before they were going to shoot and tole me they needed me to come in soon for makeup. But what I was supposed to say had so much medical language my brain couldn’t absorb it. It was highly technical jargon and I had the roughest time. Jerry Orbach was trying to be patient. It was the last shot of the day, the crew wanted to go home and every time I blew a line everybody groaned. By the time it ended, Jerry Orbach knew my lines. That was pretty painful.

Tell me about your Jewish upbringing.

My father was born in Amsterdam in a highly religious family. He was in Amsterdam and he went into hiding right near where Anne Frank was. He was a theoretical physicist and the last Jew to get a PhD in Amsterdam. Towards the end of the war he was captured and put into prison for his work with the underground. He was a courier who transferred information often in his bicycle tires. The Nazis captured him and his best friend, and killed his best friend hoping to get my father to reveal something. He survived, but his sister and her husband didn’t. They went into the camps, which were portrayed as work camps. The Nazis said if you go in you will be protected, but if you don’t go into the camps and we find you you will be killed. But of course the opposite was true.

He was very successful after the war. He was invited to Copenhagen to work with Niels Bohr. And then [Robert] Oppenheimer invited my dad to the Institute for Advanced Studies [at Princeton University], where he also worked with [Albert] Einstein. That’s where he met my mother who was a model. She converted to Judaism.

With all his success, how did you grow up on the Lower East Side?

My parents were divorced. My mother was a bohemian painter and poet, a total artist, and my father was a total scientist. It just didn’t work. My mom moved to 7th street between Avenues C and D and my father lived on East 63rd Street and York Avenue. So I got to experience the violence and tremendous creativity in the East Village and life on the Upper East Side.

What about your Jewish education?

I was not bar mitzvahed. This may not be good for what you’re writing. My dad’s parents were extremely religious and my father was a scientist. One day on the Sabbath, terrified about what would happen, he went into the bathroom and lit a match. When the universe didn’t cave in at that point he decided I’m not going to pass this on to my son. He felt very strongly about being in the tribe but also that a lot of the religious elements and beliefs caused trouble. So I was raised like a New York Jew, not a religious Jew.

Let me get a plug in for you. You also teach acting.

It’s not just for actors. It’s for anyone who has to put their act on the line, give a talk, ask for a raise or step out into a bigger arena. I’m just teaching what I learned. There is a free audio lesson anyone can down load at the website, commitedimpulse.com.

Watch the trailer for ‘Touchy Feely’: