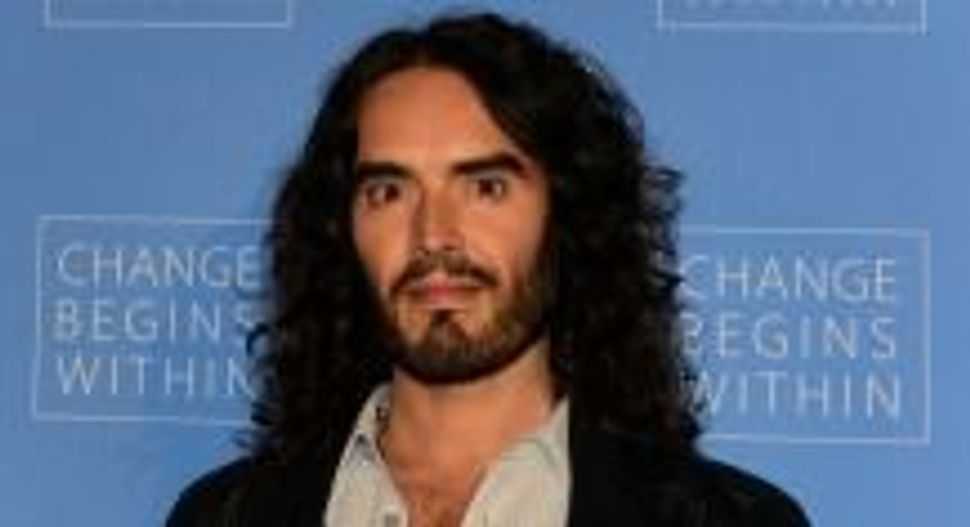 Note to GQ: Don’t invite Russell Brand to your party if you don’t want your sponsors Nazi ties exposed.

The troublemaking British comedian was banned from the GQ Men of the Year Awards festivities last week after bringing up the great taboo: sponsor Hugo Boss’ past as a Nazi tailor.

Brand, onstage at London’s Royal Opera House to accept the Oracle Award, made the following remark:

“Any of you who know a little bit about history and fashion will know that Hugo Boss made the uniforms for the Nazis,” Brand told a sideswiped audience at London’s Royal Opera House. “The Nazis did have flaws, but, you know, they did look fucking fantastic, let’s face it, while they were killing people on the basis of their religion and sexuality.”

The jokes didn’t stop there, but Brand’s time at the event certainly did. According to the Daily Mail, Brand was given the boot before the after party, hosted by — you guessed it — Hugo Boss.

Brand later tweeted about the events, recalling a conversation with a GQ editor that may or may not have occurred:

Hugo Boss’s dirty little secret is anything but at this point. But as the Daily Mail pointed out on Friday (their takedown is truly entertaining), the legend has somewhat outpaced the facts. Contrary to popular belief, Boss didn’t design the snappy black uniforms worn by the fearful SS. He did however manufacture them, starting in the 1920s when he was commissioned to make shirts for the then-nascent National Socialist Party, better known as the Nazi Party. His bad rep stems from a fateful moment in 1931 when applied for and received his Party membership (he was number 508,889 to do so).

So there, Russell Brand. No GQ Awards after-party for you!

Watch the performance below: