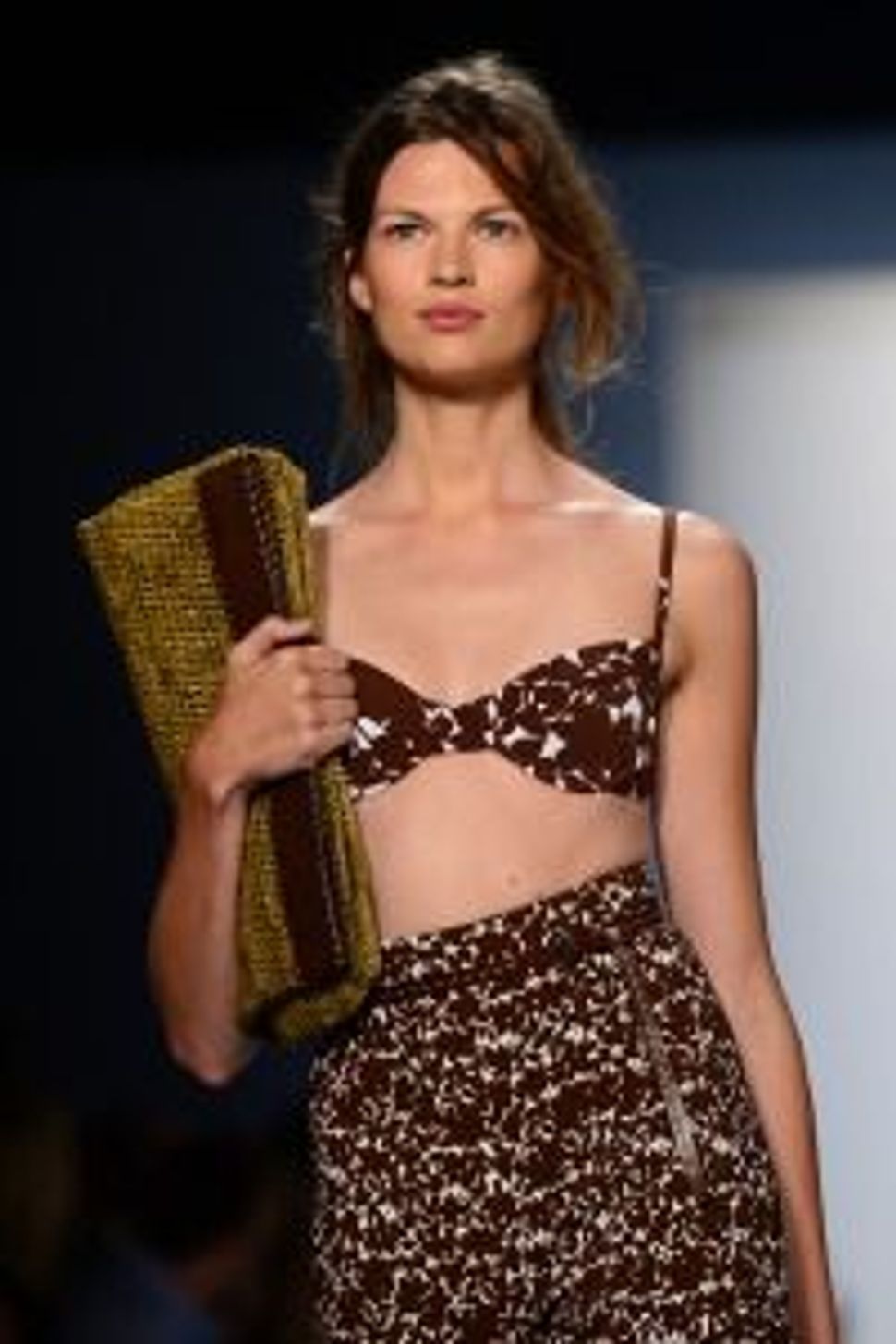 Designers from the celebrity world put modern touches to classics on the runways on Wednesday as New York Fashion Week was drawing to a close.

Michael Kors brought the pin-up model look up to date with pleats and fur, while Hollywood stylist-turned-designer Rachel Zoe freshened up sheaths and tailored trousers with a safari inspiration.

Zoe used stamped crocodile leather and paired tattered denim with tailored jackets, but kept the classically feminine in mind with a lace cut-out dress in blush pink and a mint-green laser-cut sheath that would suit her clients Cameron Diaz and Jennifer Garner.

Kors, who has become a fashion household name as a judge on the television show “Project Runway,” painted his classic looks with retro-urbane elegance.

He put a white fox chubby wrap atop a silk georgette blouse and a slit linen skirt, and added a sable wrap over a pearl cashmere-and-cotton sweatshirt and cotton trousers.

Backstage at his show, Kors said his collection provides a way to “be casual and laid back and have that sort of romantic easy attitude, but still have glamour and luxury.”

His pearl cashmere and cotton crocheted dress and cardigan showed less leg than did his flirty slit skirts, and a white linen gauze turtleneck left nothing to the imagination.

“White automatically puts you in a great mood,” he said.

Images of a pin-up at the beach – the way Kors described his collection – no doubt inspired the floral bandeau tops and high-rise shorts that would be fit for Betty Grable.

Not to be outdone, the Subway sandwich chain poked some fun at New York Fashion Week by hosting “Project Subway,” which challenged up-and-coming designers to transform napkins, straws, sandwich wrappers and other shop paraphernalia into fashion.

One designer created a strapless gown with a skirt of plastic sandwich wrappers and a bodice of straws, while another used pizza boxes to build a full skirt, topped with a bustier of Subway gift cards and two strategically placed salad bowls.

Elie Tahari says he would have been an architect had he not gone into fashion, so it seemed apt that the Israeli designer drew inspiration for his spring 2014 collection from influential architect Oscar Niemeyer.

Against a backdrop of undulating white canvas screens, reminiscent of the sensual Brazilian architectural style of his muse, Tahari displayed a mostly black-and-white collection of laser-cut leather, eyelets and mesh celebrating his 40 years in the fashion industry.

“When I first started out, there was the hippie style, and we were all going ‘back to nature.’ Then there was the Japanese period of deconstruction. Today it’s high-tech, Silicon Valley,” Tahari said as he mingled with guests at the presentation.

The collection featured creations paying homage to each of the decades Tahari has been designing. In a rare use of color, he fashioned a “mod” leather dress in black and bright aqua.

“It makes me feel like a Bond girl,” said Nadia Araujo, who was modeling it.

Brandon Sun, former fur designer for Oscar de la Renta, used accents of pelt throughout his collection. Red-orange and pink patches of fur embellished a straight white skirt, while a boxy jacket was made of green and white fur.

Along with color blocking, vertical orange stripes on the side of a wide-leg trouser and a dusty pink dress provided a sporty look. Translucent blouses, cropped tops, plunging necklines and spaghetti straps gave it a feminine feel.

New York Fashion Week ends on Thursday with shows by Ralph Lauren and Calvin Klein, and it is followed by shows in London, Paris and Milan.

Showing on Wednesday, American designer Nanette Lepore offered a tightly edited collection of highly wearable dresses and separates in spring shades of blush, whites and aqua, livened up with vivid poppy and florals.

Jackets, dresses and tops were elongated with vertical ruching, while drawstrings and loose short sleeves gave blouses and dresses a bit of movement.

Like many collections this week, hers featured a wealth of embroidery, gracing sheer fabric for a delicate lace effect. Dresses and skirts featured asymmetric hems or tiered ruffled constructions.