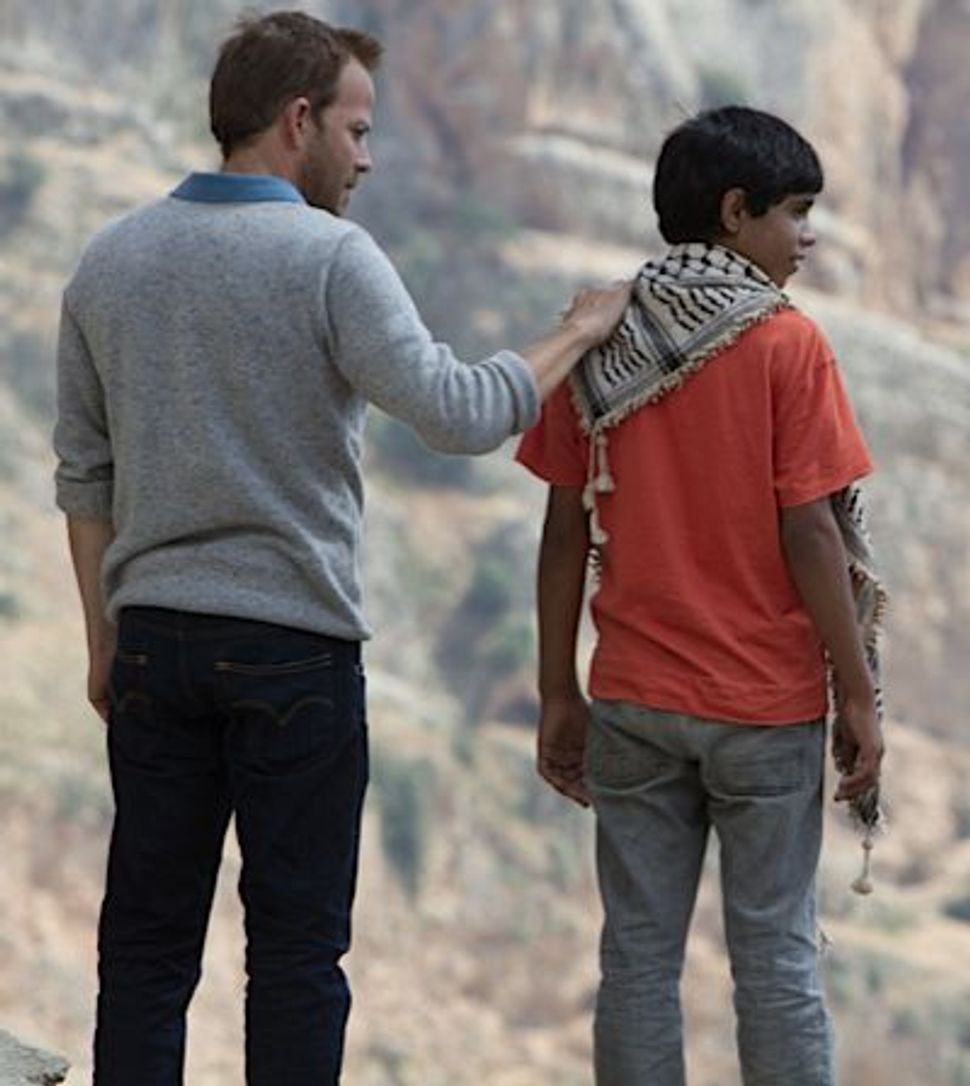 Casually clad in a black tee shirt and jeans over his stocky 59-year-old frame, Israeli filmmaker Eran Riklis radiates a warm friendliness. He responds to questions with rapid-fire musings that rise above the din of the lunchtime crowd at a popular Manhattan restaurant, in nearly unaccented American English. 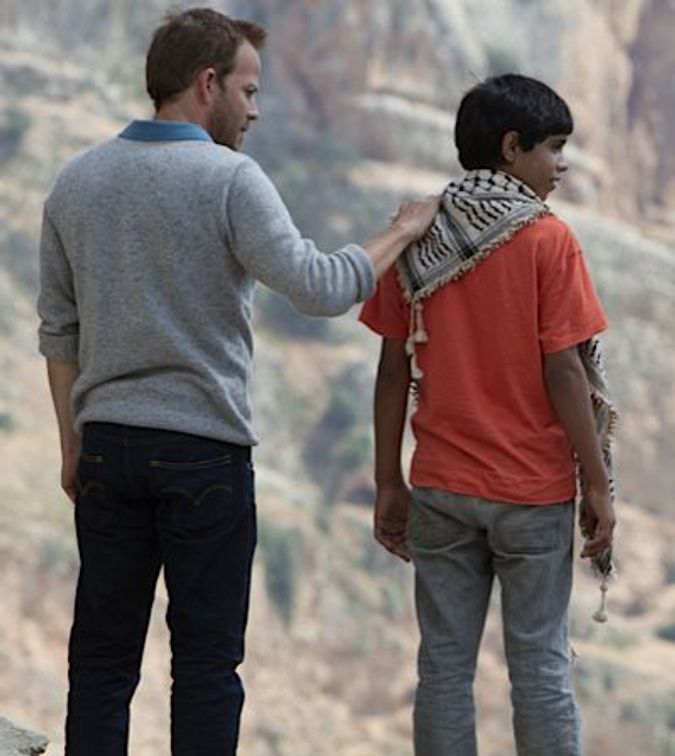 What brought him together with The Arty Semite is his latest film, “Zaytoun,” opening in New York on September 20, to be followed by a national release. With “Zaytoun,” Riklis returns to the Arab-Israeli issues that mark his best-known works, including “The Syrian Bride” and “Lemon Tree.” “Zaytoun” is the tale of an Israeli fighter pilot, shot down and captured by Palestinians in Beirut on the eve of the 1982 Lebanon war, and who forms an unlikely alliance with a remarkable adolescent boy from the Palestinian refugee camp of Shatila.

Riklis began our conversation by explaining how the story developed from the draft of a screenplay by a Palestinian-American electrical engineer, Nader Rizq, who had labored for years on this first script. It reached him through Fred Ritzenberg (who became one of his producers), but Riklis had initially rejected it out of fatigue with Israeli-Arab themes.

Ralph Seliger: So it was a screenplay to begin with.

Eran Riklis: Yes, and not at my own initiative, which is quite rare. But at some point we decided we could work together on the next draft. Writing a screenplay is like adopting a child; at some point it becomes your own, through a process of discovery. The script was fully written by Nader Rizq. I, as always, was involved in shaping the drafts that evolved once I joined the project.

Is any part of it factual?

There’s no actual account of a pilot being shot down or having to desert his plane, during or before the war [in Lebanon]. But in 1986, a plane was shot down; the pilot was saved but the navigator, Ron Arad, was captured. Years later he showed up on a video but then disappeared and was never heard from again. Nobody admitted where he is, nobody knows where he is.

I thought about this and engaged in a small fantasy about what would have happened if he met a kid like Abdallah [the actor who plays the boy]. Emotionally, as an Israeli, I felt connected to that event. So it’s based in a way on that. It’s a story that could happen, a kind of poetic reality. Not 100% realistic in a kid’s ability to get this pilot out of captivity, but the weirdest things happen all the time.

Tell me about your actors. Except for Stephen Dorff [an American who plays the Israeli pilot], are they all Israeli citizens, including the Palestinian kid?

The Palestinian kid [Abdallah El Akal] is an Israeli citizen. He is Palestinian by his parents; he lives in Tel Aviv and is totally Israeli. All the other actors are Israeli, except for the UN lady [Alice Taglioni], who is French because it’s a French role.

And Stephen Dorff, who is not Israeli.

Of course. The level of the budget required that we bring in an international name. I had initially wanted to cast an Israeli, but the backers wanted to go for someone American. We invested a lot of time and effort in making him Israeli.

He got something of an [Israeli] accent. I assume he doesn’t speak fluent Hebrew.

Nothing, not a word.

And there was very little Hebrew that he had to speak for this role.

It was more about the accent.

But he did seem credibly Israeli, speaking English.

We brought him into Tel Aviv about a month before the shoot, so he could get a feel for being Israeli.

Did the movie achieve what you wanted it to? How would you compare it with your best-known films, “The Syrian Bride” and “Lemon Tree”?

I’m very happy with the film. If you compare it with “Lemon Tree” and “The Syrian Bride,” it’s still a local story with local sensitivities and local issues, and yet maybe beyond what “Lemon Tree” and “The Syrian Bride” did, it takes it to the universal level, which is more accessible. Maybe because of the way the story is told, if you look at it beyond the complexities of the situation, it’s a very simple story: Pilot meets kid and they go on a journey together. In that sense, I felt it’s a step towards the States, in a way. I felt it’s something that Americans can connect with.

You do like to make films about the Israeli-Arab conflict, I suppose.

I feel it’s a bit of a duty. You can’t live in a country like Israel and the Middle East the way it is, and say, “Okay, I don’t care about anything, I want to make love stories.” I think it’s fine if people want to do that, but for me personally, I think that not enough Israeli directors are dealing with the hardcore issues of the Middle East. I really think it’s important.

Looking at the reality of the current situation, it’s almost like nobody gives a damn. There’s chaos all around us; look at Syria, look at Egypt, look at Lebanon. With films, we could in our own subtle minor way, at least open the eyes of people to a different point of view than what you normally hear on the news. Film gives people a chance to learn a bit more and certainly more deeply about things that are difficult to understand. So I feel it’s important that people like me can stick with it.

I also break away from it once in a while. “The Human Resources Manager” is a totally different story. There’s an obvious line through “Cup Final,” “The Syrian Bride,” “Lemon Tree” and “Zaytoun,” and I try to improve every time. I think many directors say this, that you make one film in your life, but it’s quite true in a way.

Watch the trailer for ‘Zaytoun’: