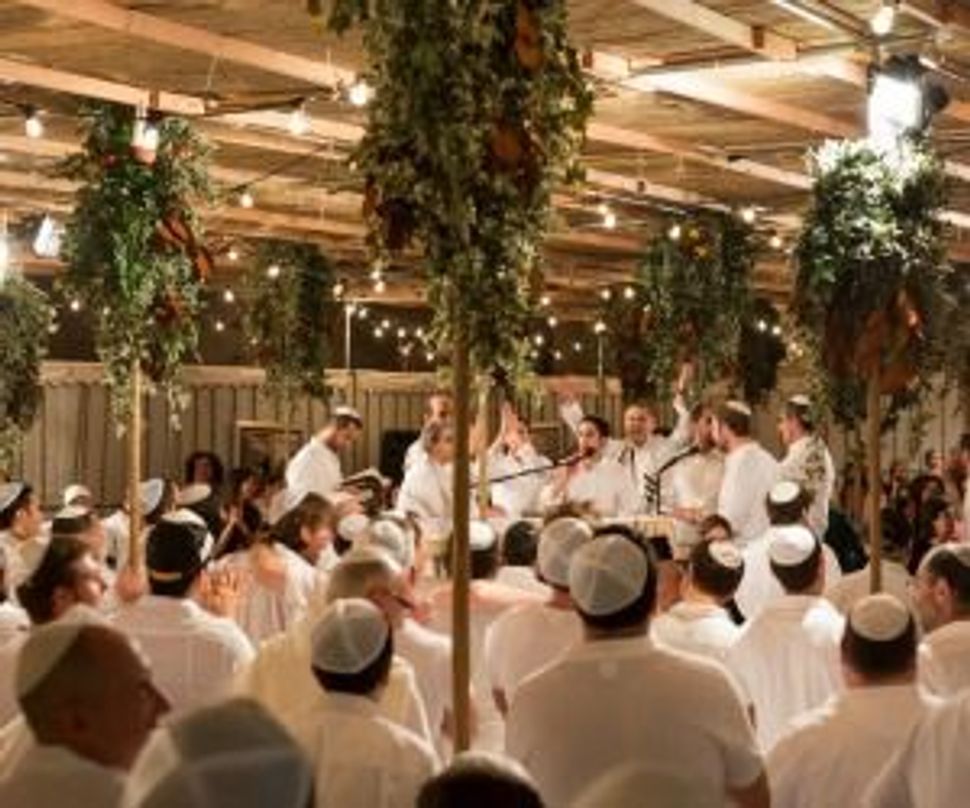 Image by Courtesy of Elie Tahari and Joey Allaham

Observant Jews were pretty peeved when New York Fashion Week fell at the exact same time as Rosh Hashanah this year. But fast forward two weeks, and one member of the fashion elite is actually making religious observance easier, and more fashionable.

Israeli-born fashion designer Elie Tahari has partnered with Joey Allaham, owner of Prime Hospitality, a group that includes Prime Grill, Prime KO and Prime at the Bentley, to create a large sukkah on the ground floor of the Bentley Hotel on the Upper East Side. Madonna recently made an appearance at the kosher hotspot, where she attended a Sukkot celebration in memory of Rabbi Philip Berg, her kabbalah mentor who passed away last week.

According to a representative from Prime Hospitality, Tahari approached Allaham to work with the Kaballah Center and create a “Sukkah for Peace.” The holiday coincidentally falls during the U.N. General assembly, and presents an opportunity for leaders from around the world to enjoy the space and the food.

A la carte dining from Prime at the Bentley, as well as barbecue and a beer garden is available in the Sukkah on today and tomorrow. The sukkah will be open to the public, but outside food is not allowed.