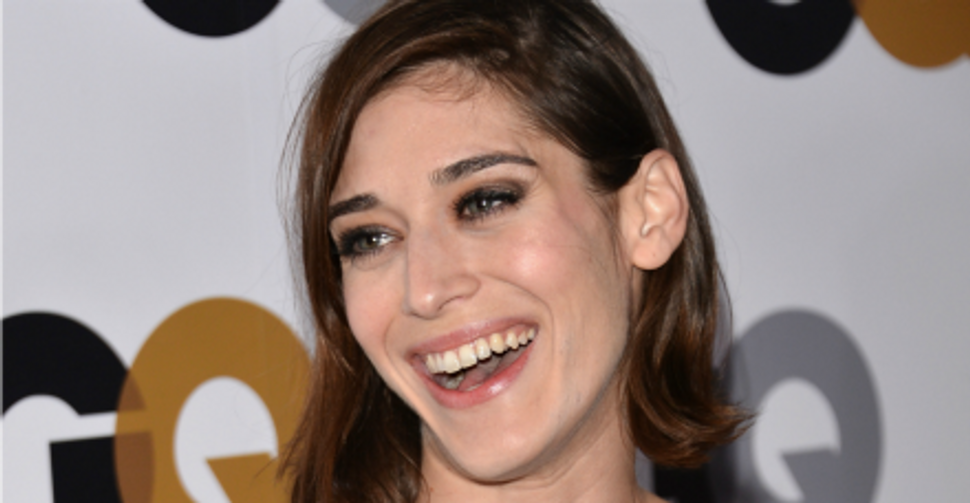 Janis Ian from “Mean Girls” is all grown up.

After a brief stint as Jason Stackhouse’s V-addicted, slightly psycho girlfriend on “True Blood,” and Nick Miller’s over-achieving, cupcake-despising other half on “New Girl,” Lizzy Caplan is taking the stage with a bigger and bolder role on Showtime’s “Masters of Sex,” which premieres on September 29.

Based on the biography by the same name, the show follows the story of Dr. William Masters (Michael Sheen) and Virginia Johnson (Caplan), famous for their observations and insights into the sexual behavior of Americans in the late 1950s.

In honor of her new role, the actress shared her dirty little secrets with GQ in the magazine’s October issue. Needless to say, things got a little risqué.

“If a woman said to me, ‘Hey missy, you look like ménage trois material,’ yes I would find that flattering,” the 31-year-old actress said. “If a man said that to me, I would be offended. It’s a double standard.”

“If a guy said to me I reminded him of his childhood pet because of how much he loved her, I would say ‘I’m very uncomfortable with the word love, and so please get out of my house,” Caplan added.

So, why should men be interested in her new show?

“If you watch Masters of Sex, you will score chicks,” Caplan deadpanned. “This is everything your readers need to know.”

For more sassy quotes (and really, really, great pictures) check out the October issue of GQ.

Masters of Sex premieres September 29, on Showtime at 10 p.m ET (right after “Homeland”). Watch the trailer below: