Chief of the ‘Bad Jews’ 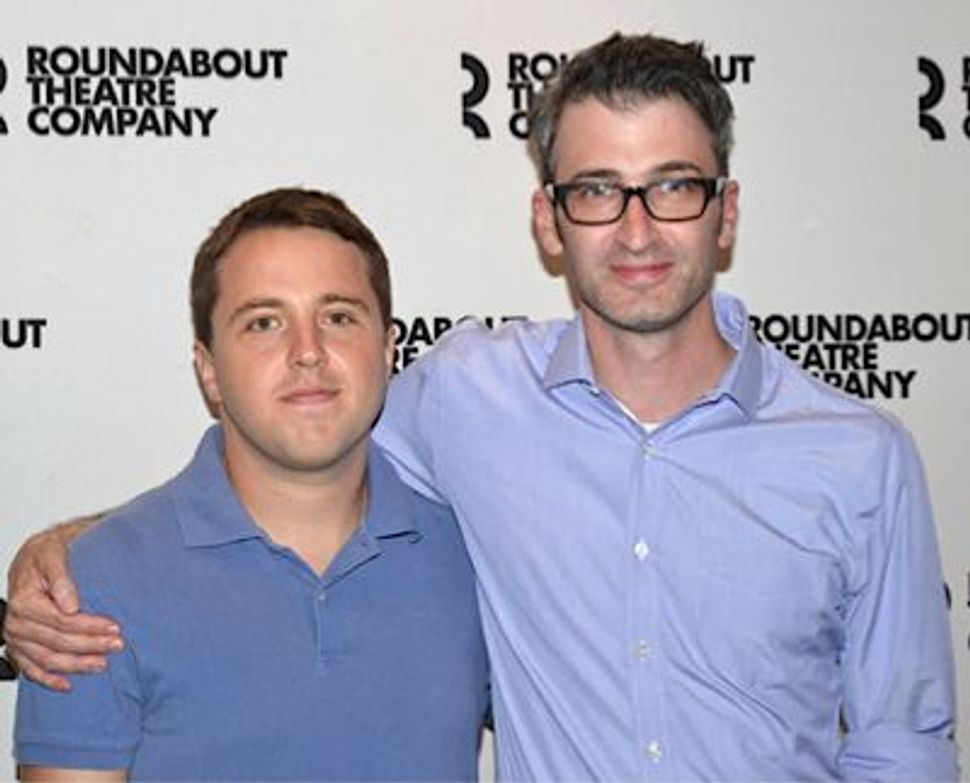 Joshua Harmon applied for admission to the Juilliard School’s prestigious playwriting program three times. Three times he was told sorry, try again. On his fourth attempt, “Bad Jews” got him in. 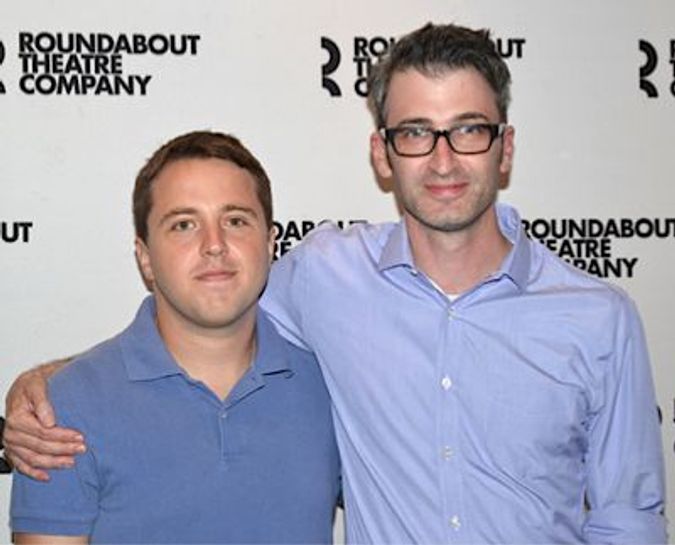 No, that’s not a reference to crooked admissions officers. “Bad Jews” is Harmon’s play about relatives battling over a special chai pendant that belonged to their late grandfather.

The play opened for a brief run last fall in The Roundabout Theatre’s 62-seat Black Box venue to rapturous reviews. It’s success prompted a move to the larger Laura Pels Theatre, where it opens October 3.

The fight at the play’s center is between Daphna (Tracee Chimo), the most religiously observant of three grandchildren, and her cousin Liam (Michael Zegen), who doesn’t believe at all and wants the chai to give to his non-Jewish girlfriend.

The verbal sparring gets heated and even physical at one point, often prompting debate from departing audience members. Harmon spoke to The Arty Semite about his “very exciting ride,” the play’s title, and why he likes to stand in the back of the the theater almost every night.

Curt Schleier: You’re a playwriting student with an off-Broadway production under your belt. You’re probably more successful than your teachers.

Joshua Harmon: Hardly. The directors are [Tony and Pulitzer Prize winner] Marsha Norman and Christopher Durang, who won a Tony last year [for “Vanya and Sonia and Masha and Spike”].

Is ‘Bad Jews’ your first play?

I’ve probably written about 10 plays. How many of those would I be willing to show anybody? Maybe one or two.

Do they all have Jewish themes?

Some of them. I tend to write pretty personal plays. The Jewish aspects are not always at the heart of them, as they are here. [My characters] are not always debating about maintaining Judaism. But a lot of the characters in my other plays are Jewish and there is usually some sort of Jewish sensibility. I suppose that means I’m definitely interested in questions of identity.

Is the play based on anything that happened in your family?

No, it’s not based on my family. It’s hard to talk about where a play comes from because writing is not really a rational act. You can’t say A led to B led to C led to this play. The title just popped into my head and I knew I wanted to write a play around it.

That was pretty brave, especially since so much of the New York theater audience is Jewish.

The title makes my grandmother uncomfortable. It’s an expression I have definitely heard people my age use very freely. I don’t have any misgivings about it. I always knew that was what the title should be, but I didn’t have any intellectual justification for it. I knew going into a meeting with Roundabout that I’d have to justify the title and I started building a case. But at the meeting they said they loved the title and that really put me at ease, because it meant they wanted the play to be what I wanted it to be.

Okay, you got the title. But where did the story come from?

I think it came from a college Holocaust memorial service that featured the grandchildren of Holocaust survivors telling stories. I found it unmoving. Even if you’re not a natural story teller, if you witnessed something you’re somehow imbued with the power to tell the story. You want to hear the story from someone who’s actually seen it. If you hear a story from someone who heard it second hand, it doesn’t carry the same weight and power. And that somehow planted in me the seed of an idea about who is going to tell [the Jewish] story.

In “Bad Jews” you have Daphna, who is zealot-like in her Judaism, and her cousin, who frankly doesn’t care about the religion or even in preserving the culture. Yet both make logical, sensible arguments.

Which of the characters are you?

There’s no way I’m answering that. I feel all over the place and I can see parts of myself in all the characters.

You go to the show a lot. That must be a big thrill for you.

I do go. I find myself going back all the time. It’s very moving to see strangers come and see your play. The longest run I’ve ever had [before this] was three nights and the audience was usually friends and family. I love the actors. I love being in the room.

At the performance I attended, I noticed that the audience laughed in places I didn’t think lent themselves to laughter. What has been your experience?

It’s not a pratfall type of comedy, so it’s not like we hit the same jokes every night. Some audiences are really raucous and there are nights when it plays much more dramatically. It’s kind of exciting and it keeps all of us on our toes. The laughter comes from all kinds of different places. Sometimes it’s shock. Sometimes it’s discomfort. And sometimes it’s genuine humor. I must tell you that there are some places that get laughs pretty consistently that I never thought were funny.

Chief of the ‘Bad Jews’