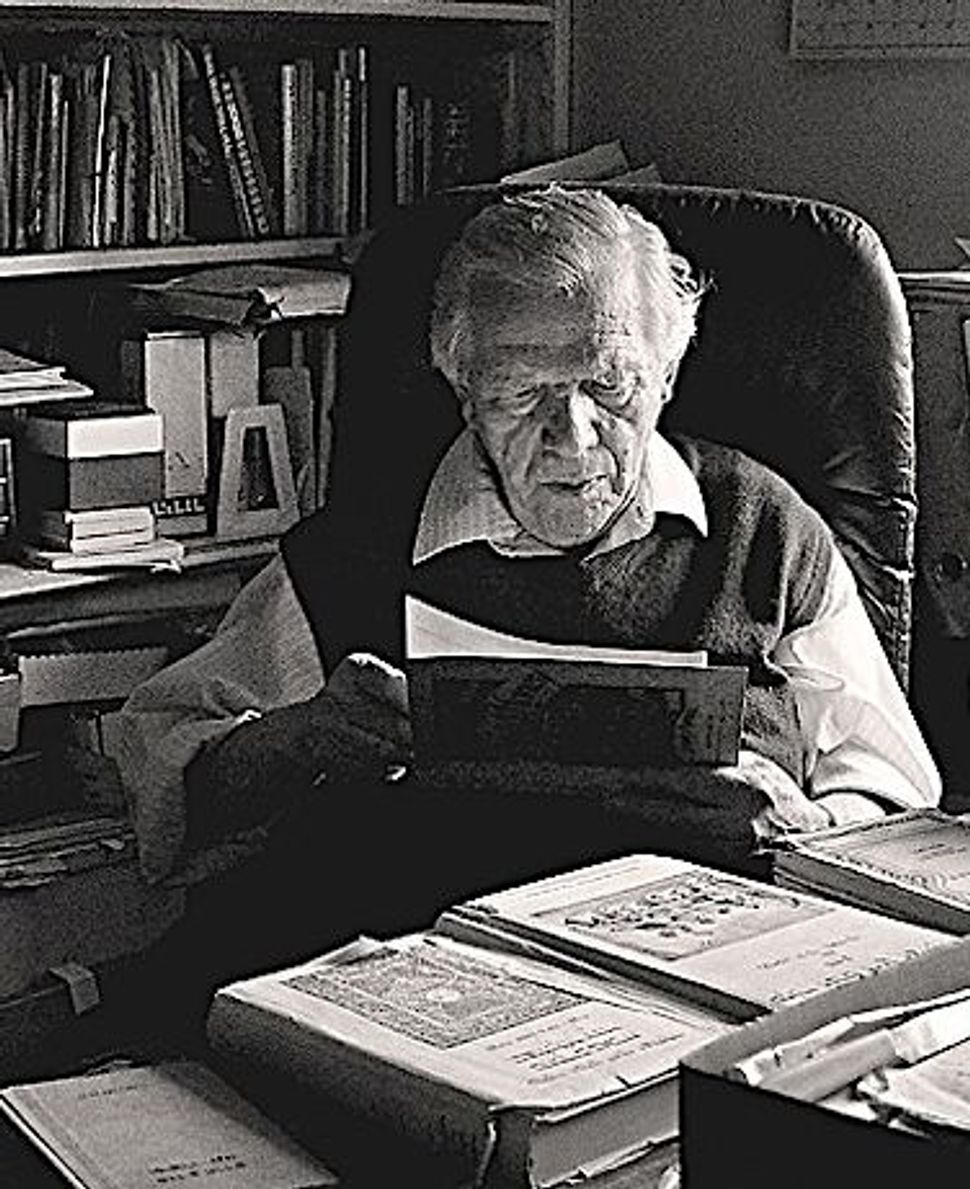 Image by Courtesy of Elena Comens 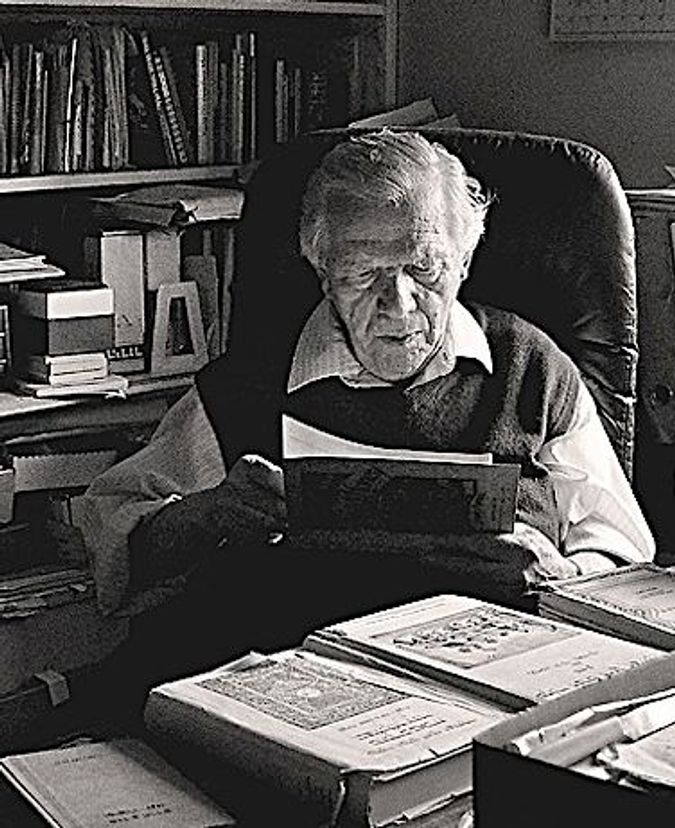 Image by Courtesy of Elena Comens

When Dov Noy would lecture, often without notes, he would look upwards and seemingly draw his inspiration from the upper spheres. But Noy, who was expert in the folklore of numerous Jewish “tribes,” including Ashkenazim, Sephardim and Middle Eastern Jews, developed his profound knowledge from earthbound ethnography and research.

Noy contributed most significantly to the collection and analysis of Jewish folk literature, both written and oral. The Hebrew terms ba’al peh (oral) and biksav (written) are usually applied to the modes of transmission of the Torah. Noy’s extensive and successful efforts to record the oral folktales of the Jews resulted in a folk Torah, if you will, one that revealed the inner heart and soul of diasporic communities throughout the world.

Dov Noy (Neuman) was born in Kolomyia, Poland, in 1920 and died on September 29, less than a month short of his 93rd birthday. He immigrated to Palestine in 1939, studied at Hebrew University, and began teaching Jewish folk literature in 1955. For his dissertation, which he received from Indiana University, he created a motif-index of talmudic-midrashic tales which was soon incorporated into Stith Thompson’s six-volume motif-index of the world’s folk literature, greatly raising the status of Jewish folklore in the field.

The Israel Folktale Archives that Noy founded in 1955 eventually amassed thousands of texts, many of them now appearing in English translation in the multi-volume series “Folktales of the Jews,” edited by Dov Noy’s student, Dan Ben-Amos.

Noy returned to his Yiddish roots in the 1970s, editing “Yiddish Folksongs from Galicia”; republishing the classic 1901 Yiddish folksong collection of S. Ginsburg and P. Marek; writing on Yiddish lullabies and ballads, and teaching Yiddish folklore at Bar Ilan University from 1985 to 1992. When the Soviet Union collapsed he was among the first to lead ethnographic expeditions there and to inspire new Jewish folklore students in Russia and Ukraine. In 2004 he was awarded the Israel Prize for his folklore research.

Aside from his scholarship, Noy represented Jewish folklore to the non-Jewish world for many years at conferences, symposia and congresses. He was generous with his time, and his weekly open houses at his apartment in Jerusalem brought together guests from all over the world. We are fortunate that his important work continues through his many students.