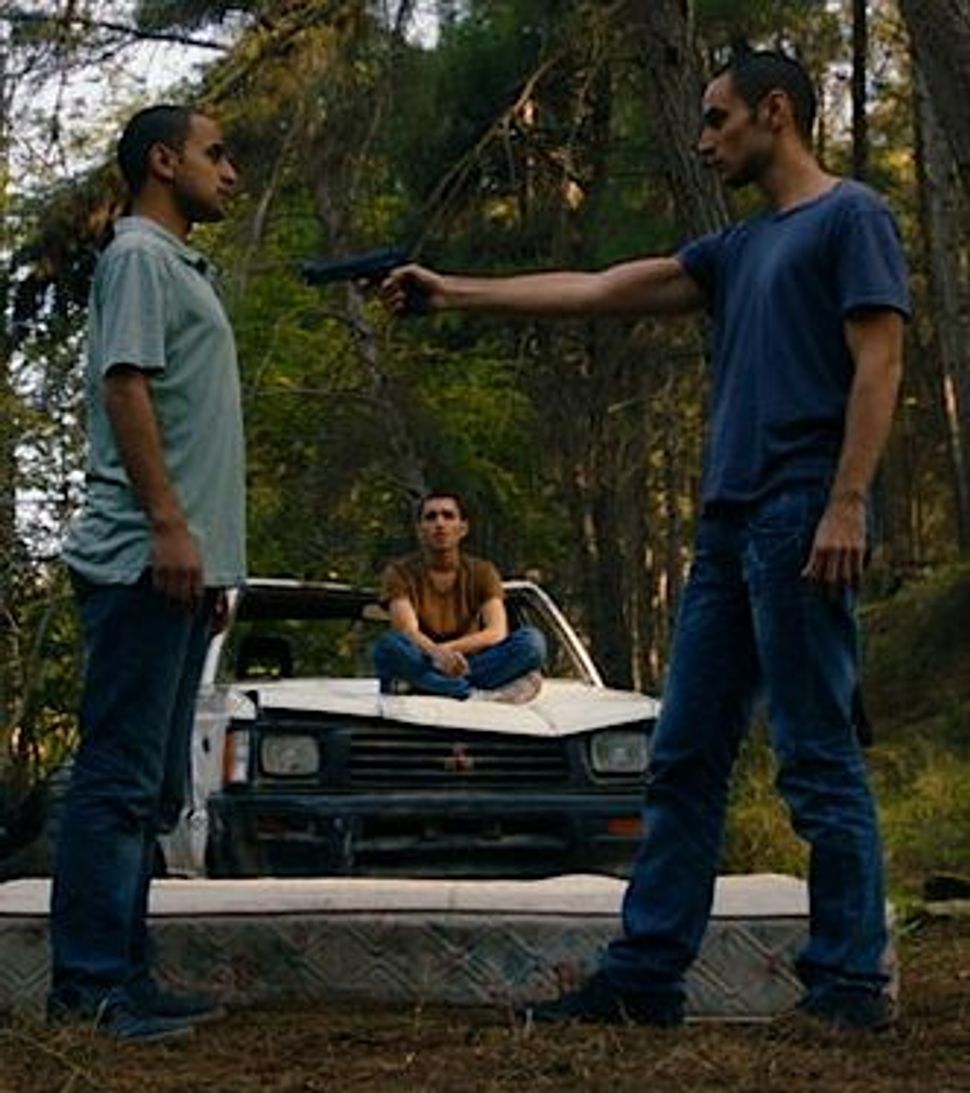 In the hands of a lesser writer and director, Hany Abu-Assad’s “Omar,” the story of a trio of young Palestinian friends caught up in a singular act of vengeance against the Israeli occupation, could have descended to the level of mere agit-prop. That would have left the film — which was recently selected as the Palestinian entry for the Best Foreign Language Oscar, and is screening October 11 and 12 at the New York Film Festival — appealing strictly to its natural audience: Palestinians and those who make common cause with a reflexive anti-Israel position. But in “Omar,” while using the Separation Wall as the core physical fact around which the drama unfolds, Abu-Assad has other human essentials on his agenda: the nature of love, friendship, trust and betrayal. 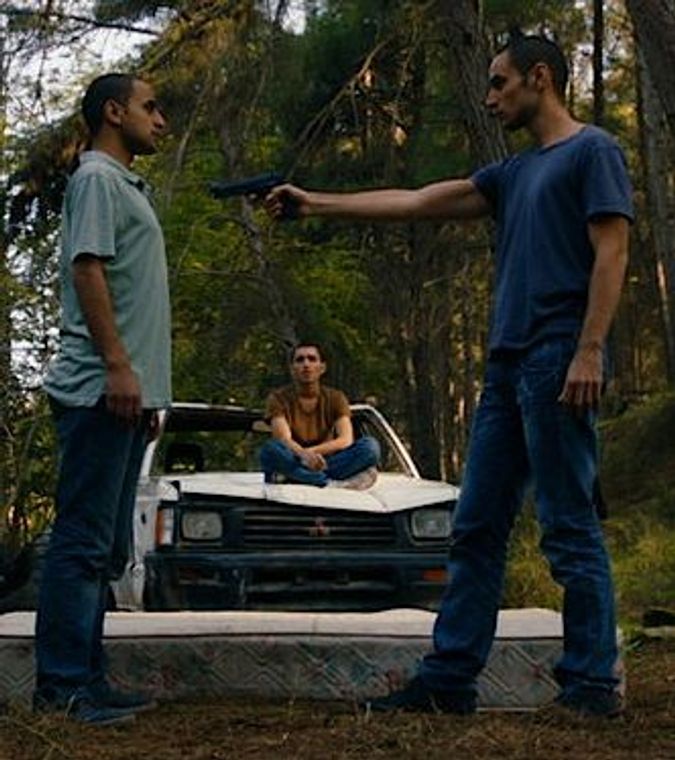 These passions play out in a story whose elements are deceptively simple: the title character, a handsome young Palestinian, regularly jumps the wall in order to visit Nadja, a high-school girl who is the sister of his best friend, Tarek. The latter, resolutely militant though unaffiliated with any political or terrorist group, enlists Omar and a third friend, the goofy Amjad, in a nighttime ambush of an Israeli military post. In the event, Amjad — a natural comedian who does a mean imitation of Marlon Brando in “The Godfather” — pulls the trigger to kill a single Israeli soldier. The three flee, but Omar is eventually tracked down and hauled off. At first, he undergoes “enhanced interrogation,” then he’s left to languish in jail until Israeli Agent Rami, armed with a recording in which Omar implicates himself, deftly negotiates the young Palestinian’s release if he will collaborate in bringing in Tarek. Rami clearly has his pulse on Omar and his circle, and he uses his information to leverage all he can from Omar.

Yet upon Omar’s release, and his return to his darling Nadja — a girl who, by age and custom, must be circumspect in her behavior — we see that Omar is open-hearted in his affections but otherwise reticent in revealing how it is that he has been so quickly released by the Israelis. He deflects such questions by answering that the authorities hadn’t sufficient evidence to hold him. Yet he finds himself under suspicion for collaboration by Tarek and, most painfully, by Nadja; under a pall of distrust and paranoia it becomes clear that someone in their circle has been double dealing. And Palestinians do not deal gently with their own collaborators, categorically regarded as traitors to the cause.

In a second detention, Agent Rami shrewdly puts the psychological screws to Omar, hinting at personal secrets about the innocent Nadja that will push Omar to decisive action. Now personal disloyalty becomes the linchpin in the relationships between the four main characters. Each one only partially understands his or her present circumstances, and thus each one is prone to fatal misjudgments.

Abu-Assad has assembled a remarkably assured ensemble of four newcomers, all making their screen debuts. Sixteen-year-old Leem Lubany brings a natural sweetness and inner sorrow to the role of Nadja. Samer Bisharat, also 16, makes the most of Amjad, a droll layabout in over his head. Eyad Hourani’s Tarek, all hot political passion and masculine assurance, plays both firebrand and older brother with swagger and conviction. Last of the four, Adam Bakri brings physical grace and a sense of subtle moral calculation to his role of Omar, a young man who must balance competing loyalties.

Beside these youngsters, the relative veteran Waleed F. Zuaiter, who has solid film, theater, and TV credits behind him, plays the Israeli Rami with a canny mix of hard-headed bullying, paternal reasonableness, and snaky charm. He may be morally compromised by his tolerance for torture, but Rami speaks in unvarnished truths that the film, or Abu-Assad, anyway, understands as the lingua franca of security professionals the world over.

Abu-Assad, whose earlier film “Paradise Now” won the Golden Globe for Best Foreign Language Film, admits that he is dealing with “charged subject matter that elicits strong reactions from all sides.” We would hardly expect him to whitewash the occupation from the Palestinian view, and the enhanced interrogation scene is brutally realistic (if, possibly, a shade softer than it would be in real life). But we could lament the absence of an equivalent scene showing the harsh punishment meted out by Palestinians against their own, sometimes on the mere suspicion of collaboration with Israel. Rami may be morally damaged (what security agent wouldn’t be?), and the Separation Wall may inflict real pain on the daily life of Palestinians, but neither side has entirely clean hands.

Watch the trailer for ‘Omar’: