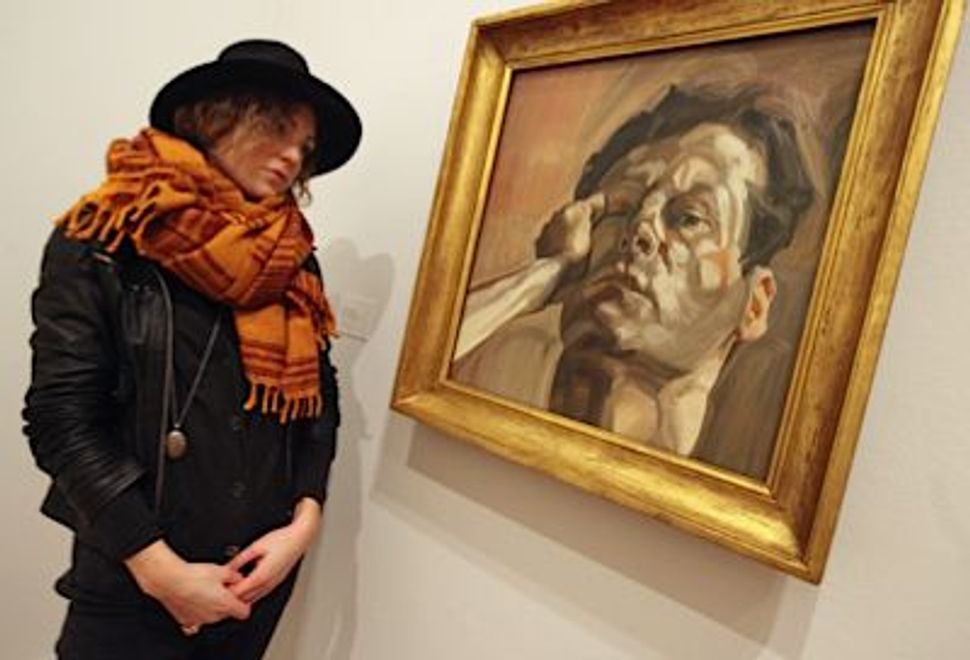 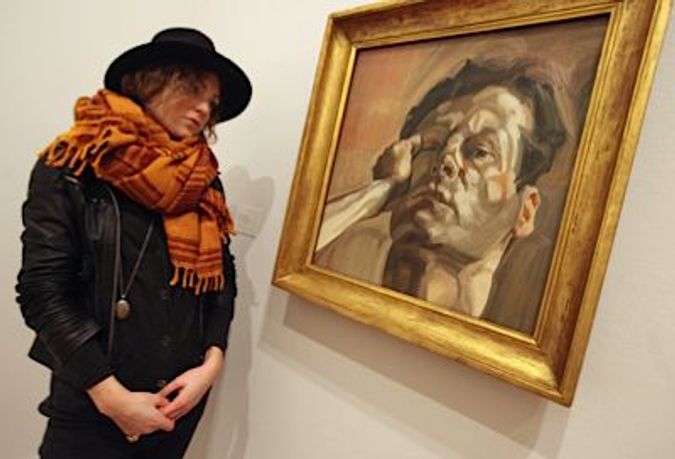 Freud, considered the greatest British painter of his generation, moved with his family from Berlin to London in 1933 to escape the rise of Nazism. Four of his great-aunts were killed in concentration camps during the Holocaust.

“Vienna was never home for him and it could never be home for him,” curator Jasper Sharp said. “I don’t want to go so far as to say it was a healing or the closing of a circle for him, but a ghost was somehow laid to rest.”

After refusing numerous invitations from German and Austrian galleries for decades, the German-born British figurative artist agreed to the show and helped select the 43 works on display because of his love of the artistic company in which they would be seen.

“He has done this exhibition because of the collections of the Kunsthistorisches Museum first and foremost,” said Sharp, a friend and neighbour from childhood of the Jewish artist who died in 2011 aged 88.

The museum houses the Habsburg royal family’s extensive collections of artists including Titian, Velazquez andRembrandt who inspired Freud, a keen museum-goer who said visiting art galleries was as curative for him as trips to the doctor.

The exhibition spans 70 years of work, from a 1943 wartime self-portrait to his last work, the unfinished “Portrait of the Hound,” depicting his assistant David Dawson and his whippet Eli, on which Freud worked until two weeks before his death.

“The one thing you had to learn about sitting — do not look at your watch,” said Dawson, who worked with Freud for more than 20 years and whose photographs taken in Freud’s studio and home are being shown concurrently in Vienna’s Sigmund Freud museum, where the founder of psychoanalysis lived and worked for years.

The only exception to Freud’s intense working methods — subjects sometimes sat for thousands of hours as the painter worked seven days a week, 13 hours a day — was Britain’s Queen Elizabeth, whose portrait he painted in 2001.

The monarch was allowed to pose for two hours at a time, “She said: ‘Well, I do have other things to do,’” Dawson told Reuters in an interview.

The show contains some of the larger-than-life naked portraits for which Freud is renowned, painted with the thick brushstrokes, vivid flesh tones and emotional rawness that became his trademark, as well as smaller, earlier pieces.

Most of his portraits are of himself, family members and lovers, or of people he met by chance such as Susan Tilley, an overweight welfare benefits supervisor whom he painted naked.

One of Freud’s paintings of Tilley, the 1995 “Benefits Supervisor Sleeping,” sold for $33.6 million in 2008, at the time a record for a work by a living artist.

The Vienna show, which opens on Tuesday and runs until January 6, is likely to be the last major show of Freud’s work until the centenary of his birth in 2022, Sharp said, because owners of many of the paintings were tired of lending them out.

Dawson said he was one of the few people allowed to meet all of Freud’s many wives, lovers and friends — Freud preferred to keep them apart and had them sit separately for paintings where they were depicted together if necessary.

Dawson, who is also a painter, worked on his own paintings in the afternoons when Freud was resting, and never regretted his decision to devote large parts of his life to Freud after meeting through a part-time gallery job after art school.

“I was just knocked out the first time I walked into that studio. I thought it was the whole world in that room,” he said. “I was heading to New York, but it was worth stopping for.”