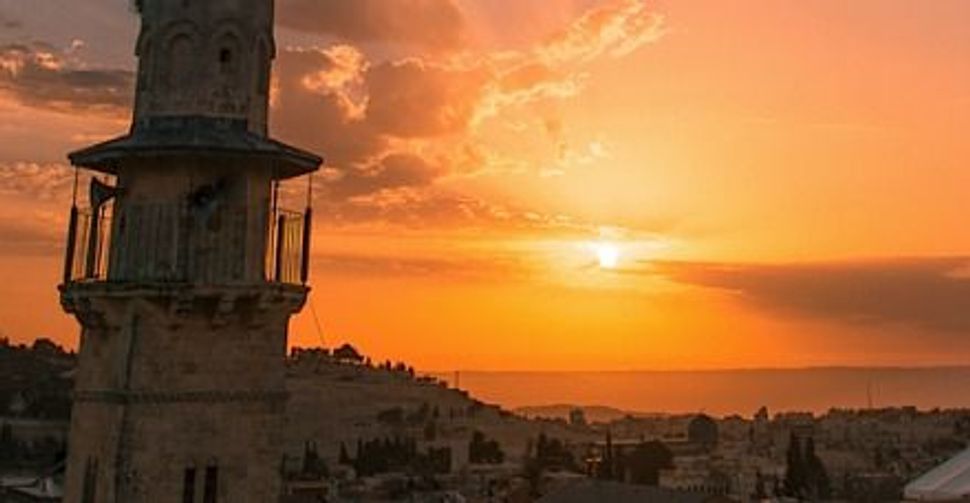 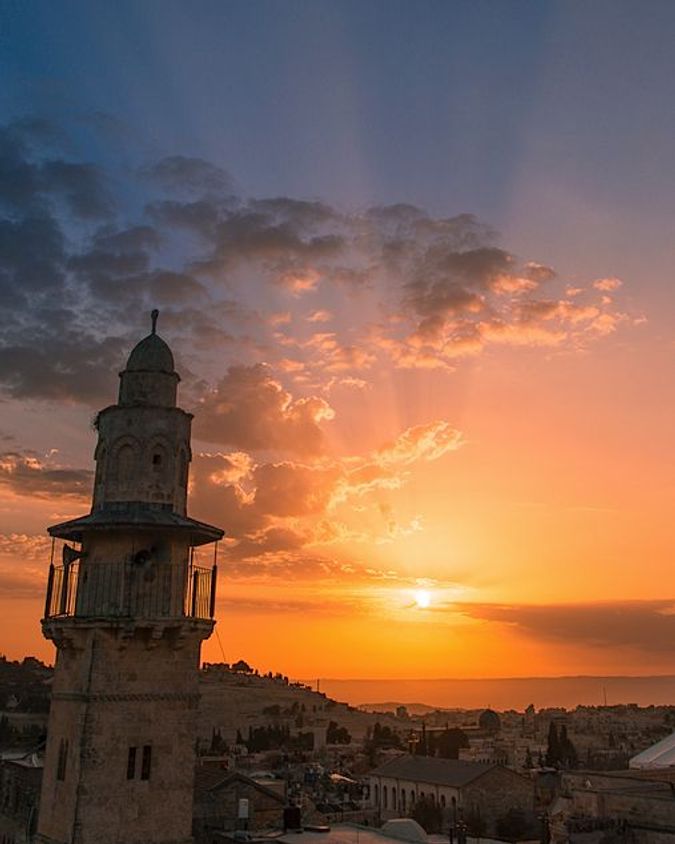 National Geographic Entertainment’s cinematographically beautiful new 3D IMAX movie “Jerusalem” is closer to the heavenly Jerusalem than to the earthly one. But even devoid of contemporary political context, the film provides an informative and visually stunning introduction to the Old City of Jerusalem and its fundamental importance to Judaism, Christianity and Islam.

For those unfamiliar with the Holy City, “Jerusalem” is a concise, clear and captivating primer. And for those of us who regularly follow the conflict-fueled news from the Israeli capital, it temporarily zooms us out and away from the daily grind, reminding us of why Jerusalem is and always has been considered by so many to be the center of the earth.

The different quarters of the Old City are introduced and represented by three young women: Revital Zacharie, a Jew; Farah Amouri, a Muslim; and Nadia Tadros, a Christian. Each woman shares a bit about her life, her family’s history in Jerusalem, and her religion’s enduring connection to the place. The filmmakers bolster the women’s personal narratives with scenes of the rituals and festivities of Passover, Easter and Ramadan as they are practiced in the Old City.

Famous Israeli aerial photographer Dubi Tal served as aerial director of the film and secured rare permission for some low-flying shots over the city. The awe-inspiring images (aerial and otherwise) and young women’s personal stories are supported by additional narration by English actor Benedict Cumberbatch, and commentary by archeologist Jodi Magness of the University of North Carolina at Chapel Hill. Many other experts contributed to the making of the film.

As much as one may understand the producers’ desire to stay away from politics, the fact that they did not venture beyond the Old City’s gates leaves one with the impression that Jerusalem is somewhat disconnected from the real world. It feels like it’s floating somewhere between its heavenly and earthly versions. In actuality, the city’s four quarters are firmly rooted in the messy ground both connecting and dividing East and West Jerusalem, the Jews and the Palestinians.

The film does faintly allude to the conflict, but several passing mentions that the different religious communities rarely interact and don’t really know one another other seem almost like non-sequiturs.

“Our film is not about the Israeli-Palestinian conflict. It embraces the idea that Jerusalem is many cities: imagined and real; past and present; Jewish, Christian, Muslim and secular,” the filmmakers explain in a statement on the film’s website. “We are trying to answer the question: Why Jerusalem? What is it about this tiny space that made it the ultimate prize of empires and the object of longing for so many different cultures over thousands of years?”

There probably is no harm in ignoring the glare of the latest headlines for a short while to let oneself be swept away by National Geographic’s gorgeous representation of Jerusalem — especially when the filmmakers tell us that “the project is passionately committed to promoting co-existence between the three Abrahamic faiths on an unprecedented scale.”

How heavenly it would be if, by viewing this film, we could really help bring about, if not peace or redemption, then at least some inter-religious harmony.

Watch a trailer for ‘Jerusalem’: