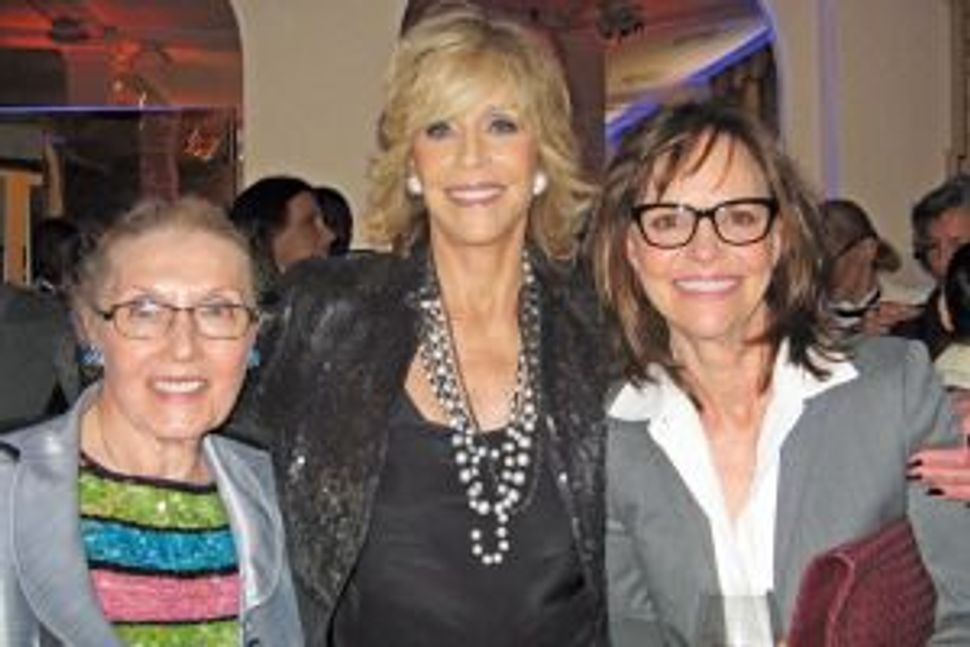 “Good for you honey!” teased Jane Fonda — her arm around my shoulder, with Sally Field listening in — during our chat as I commented on a common sexist workplace put-down, which I addressed in a [1979] Working Woman article “Please don’t Call Me Honey.” 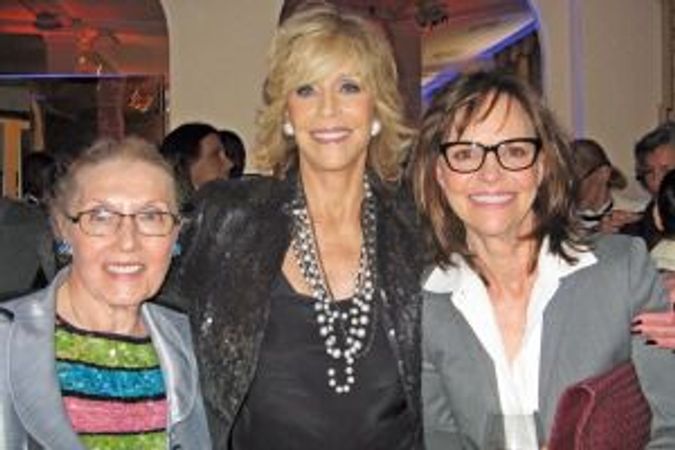 “Bless you! Bless you!” host Tomlin — veteran TV comedienne, actress and producer, remembered fondly from groundbreaking TV comedy series “Laugh-In”— greeted the 400 plus media women movers and shakers. “How many of you feel that your parents never understood you?” asked Tomlin. “My mother told me — it turned out not to be true — that ‘only tramps get their ears pierced’…’whatever makes you happy makes me happy’ [and] that ‘people in Washington wouldn’t be there if they didn’t know what they were doing.” There were hoots and hollers.

“I worry about Washington, I worry about the world…[and] I know there are bloggers here tonight and imagine you are tweeting when I am speaking. I want you to hold your applause bloggers, because I don’t want anything to interfere with your thumbs. If it were not for the Feminist movement, you female bloggers would be called blogerettes.” Tomlin interjected soberly: “It’s hard to realize that women are 51% of the population yet hold only 3% of the high powered media jobs. And I ask you, how much of that 3% is Oprah! And I wonder too if more of us are watching reality shows instead of doing reality checks.”

Pat Mitchell, president and CEO of the Paley Center for Media, presented the Women’s Media Center Pat Mitchell Lifetime Achievement Award to Teheran-born Christiane Amanpour. “Pat Mitchell was my boss [and] did a wonderful documentary about the reform movement that got me banned for five years. But, hey! That’s what it’s all about.” She proclaimed: “No matter the success individuals have, it is so important to put back as an investment into the next generations.”

Julie Burton president of the Women’s Media Center, announced that President Obama will give Gloria Steinem “who struggled for political and social equality and justice for six decades” the Presidential Medal of Freedom.