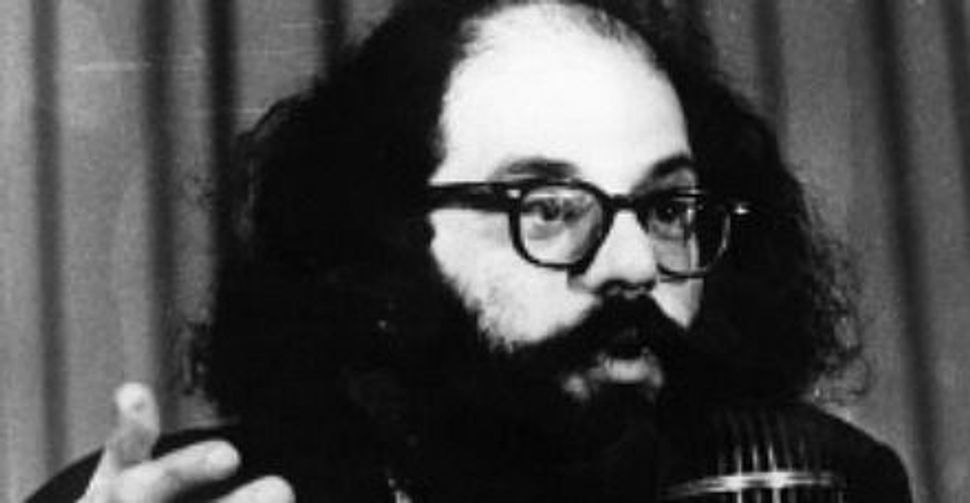 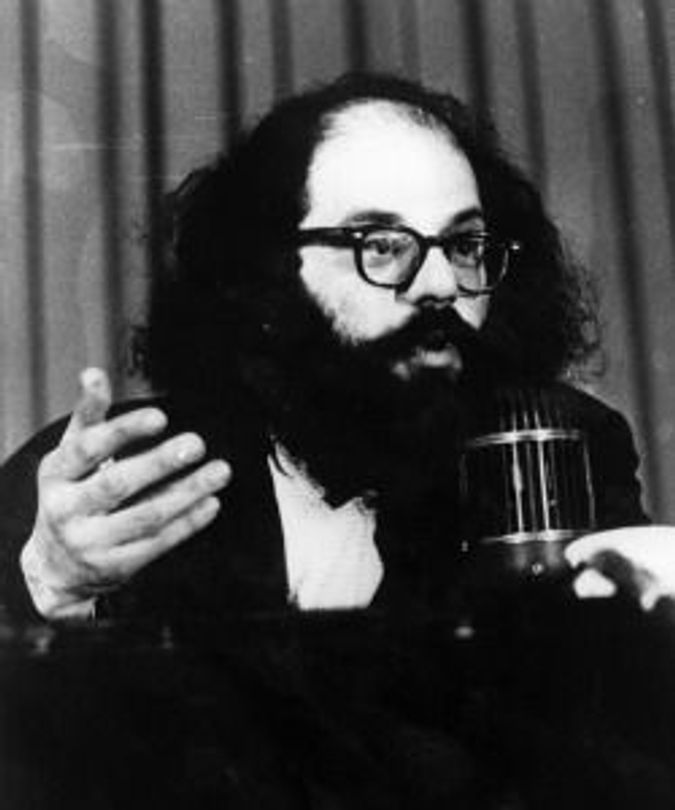 Holy Allen Ginsberg: An episode in the life of the poet is the subject of the new film ?Kill Your Darlings.? Image by Getty Images

The sublimation of desire takes many forms. Mystics longing for the divine, clearly, but more subtly, even those religious who aver no such emotional fire, but who nonetheless gain senses of connection from the observance of rituals. And it appears in poetry, in art, and in human relationships of many configurations.

“Kill Your Darlings,” the new film about a lesser-known episode in the life of poet Allen Ginsberg, is as painful an evocation of this confusion of desires, particularly when they are unconsummated. The film tells the story of Ginsberg’s first transformations from awkward, suburban Jewish teenager into the history-making Beat poet he would later become (a period also captured in Ginsberg’s journals, published as “The Book of Martyrdom and Artifice,” which I reviewed for this publication a few years ago).

There are only glimmers of Ginsberg’s poetic genius here, however. What’s foremost in him, as portrayed by Daniel Radcliffe, is longing. He yearns to break free, to challenge convention, to make a mark on history.

Or does he? “Kill Your Darlings” nails the ambiguity of Ginsberg’s longings, which may be more for the rebellious, beautiful Lucien Carr (Dane DeHaan) than for lofty goals of poetry and revolution. Carr is everything Ginsberg is not: rebellious, fearless, hip, and sexually vibrant. And gorgeous: DeHaan looks like Leonardo DiCaprio’s sexier little brother, and his waifish Carr is irresistible. (He also looks a lot like Ginsberg’s eventual lover, Peter Orlovsky.)

Carr is used to being the object of male affection, and much of the film revolves around his codependent relationship with David Kammerer, an older man who writes Carr’s college papers for him in exchange for sex. As the film reveals in the opening reel, Carr eventually kills Kammerer, under circumstances which are only gradually revealed. But Carr here is the villain; he exploits the affection of Kammerer and Ginsberg alike, and revels in rebelliousness while insulated from the consequences by his family’s wealth.

Ginsberg comes to appreciate this duplicity only over time. For most of the narrative, he is smitten by Carr, and idolizes him as a paragon of freedom, poetry, and art. In this, “Kill Your Darlings” is part of a whole genre of homosocial adolescent literature — did anyone else read “A Separate Peace” in high school? — in which a bookish, repressed boy idolizes a beautiful, but ultimately tragic, one.

When I was 18, the ur-text of this genre was the film “Dead Poets Society,” in which Ethan Hawke’s Todd Anderson falls in (platonic) love with Robert Sean Leonard’s Neil Perry. I fell in love along with him — and was just as confused. I thought I was smitten by Neil’s poetic sensibility, his joie de vivre — but maybe I was smitten with how sexy he looked in a towel. Ginsberg at least knows that he desires Carr; it took me years to figure that out about myself.

And then there is the matter of ethnicity. Throughout his life, the objects of Ginsberg’s affection — Lucien Carr, Neal Cassady, Peter Orlovsky — had an all-American — that is, goyish — air about them. Perhaps this was just Ginsberg’s taste. Or perhaps it was another yearning: for the outsider Jewish boy to belong to America. Or, most likely, these desires, too, cannot be disentangled. Ginsberg is an outsider wanting in — into the circle of angel-headed hipsters, into the corridors of privilege, and into Carr’s life and body. Ginsberg’s American Jewish cravings are enmeshed with his sexual ones are enmeshed with those of his intellect and heart. This is the human condition.

Indeed, if there is one off-note in Daniel Radcliffe’s excellent performance, it is the way Ginsberg’s Jewishness seems to sit on him. Yes, Radcliffe has the Semitic coloring for the role, and his American accent is perfectly understated. But when Ginsberg’s college roommate calls him a “Hymie,” it somehow feels off to hear the slur targeted at Radcliffe. Maybe the actor is just too familiar to us as Harry Potter, the English boy wizard, to really lose himself in the gay Jewish poet. Maybe that’s unfair of me.

Still, in the many photos of Ginsberg from this period, his outsider-ness seems present in every facial expression; not just the physiognomy of nose and glasses, but the a certain knowing expression, a certain artifice (Ginsberg’s word) of belonging that came naturally to his companions but was only learned by Ginsberg himself. Later in life, Allen Ginsberg the beatnik and hippie would become such strong personas that the worried Jewish kid from Paterson was indeed left behind. But at Columbia, there’s still that freshness, that uncertainty in his eyes.

“Kill Your Darlings” does not really explain where Ginsberg’s genius came from. The tragic episode of Carr killing Kammerer, and the tragedy of Ginsberg’s almost becoming another Kammerer for Carr to exploit, clearly made their marks. If nothing else, Ginsberg came to recognize his sexuality – finally consummating his desires not with Carr but with a man who resembles him. But more than that, Ginsberg’s experience with unrequited love (and possibly with Carr’s repressed desires – the film leaves open the question of his sexuality) and the dark side of libertinism give him something to write about, something passionate, something real. In a way, Ginsberg found what he was looking for.

Watch the trailer for ‘Kill Your Darlings’: