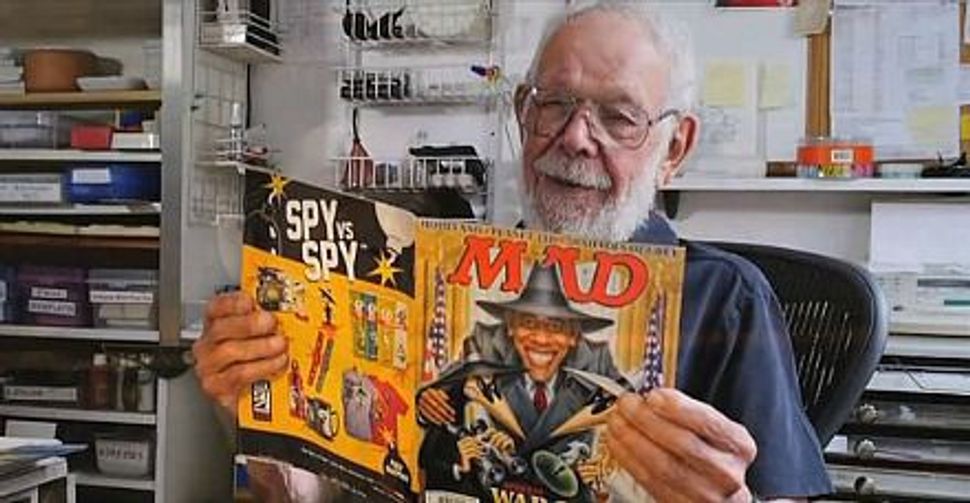 It was a thrill to learn recently that one of my favorite Mad magazine artists, the legendary Al Jaffee, would give his personal papers to Columbia University. Among those treasures are a massive cache of Jaffee’s much-loved Mad fold-in cartoons and notebooks of ideas Jaffee never even submitted for publication. 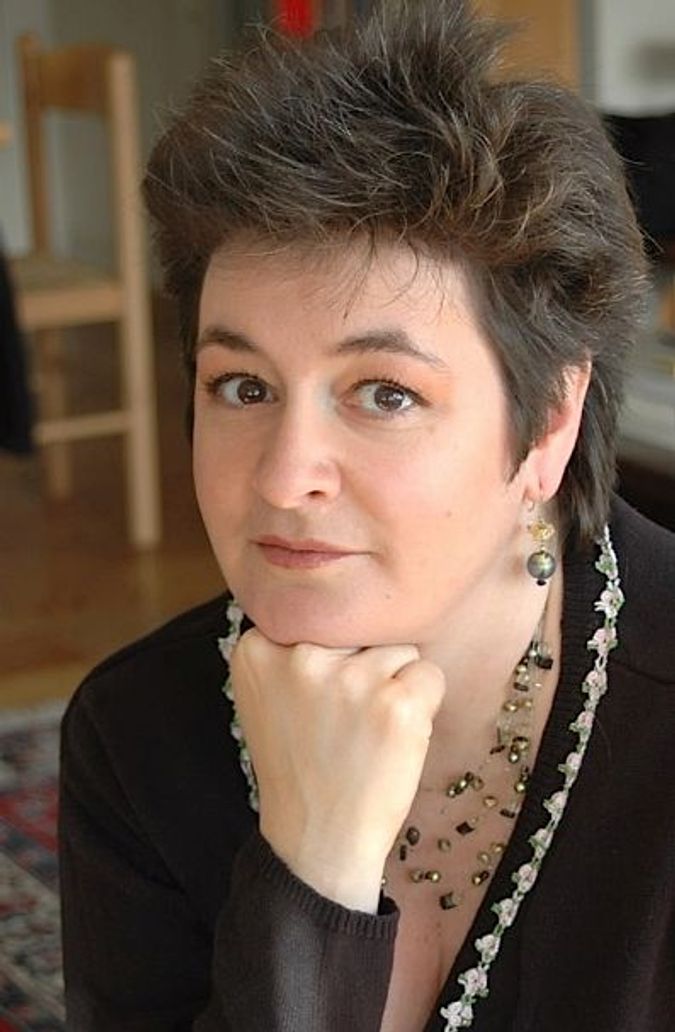 But the most intriguing part of the story, first reported by The New York Times, was the person who sealed the deal.

Karen Green is the Columbia librarian who popped the question to Jaffee at last year’s New York Comic-Con gathering: Would he consider donating his life’s work to the school? A lifelong comics fan, Green — Columbia’s longtime librarian for ancient and medieval history and religion — took on a not-so-secret identity as the school’s first graphic-novels librarian in 2005.

Along with her day jobs, Green also serves on the board of directors of the Society of Illustrators, which now houses New York’s Museum of Comic and Cartoon Art. The Arty Semite caught up with her during a busy week that included two Comic-Con benefit events she was planning at Columbia.

Michael Kaminer: How did you hear about Al Jaffee’s archives in the first place?

I had been fortunate enough to have met Al a couple of times previous to asking. Professor Jeremy Dauber, who heads our Institute for Israel and Jewish Studies, had done a four-semester lecture series with Jewish comics people, and Al had been the first invitee. Jeremy invited me to join Al and his family, along with [comics educator] Danny Fingeroth, for a pre-event dinner, and so I got to know him a little then. I capitalized on that familiarity to invite him to sit on a panel back in March 2012 at our Comic New York symposium for a session about the preponderance of cartoonists NYC produced. So we had an acquaintance, and he is just a lovely man. So when I saw him at [Comic-Con] last year, I just popped the question, so to speak, and was thrilled that he was receptive.

When Columbia acquires a collection like this, what happens to it? Does it stay in a box until someone asks to see it?

The collection will be processed by our archivists, with the materials placed in acid-free folders in acid-free boxes or, in the case of larger materials, in special boxes created to house them. As the archivists go through the material, they generate what we call a “finding aid,” which is a kind of inventory of the contents of the boxes. With the finding aid, researchers interested in the collection can get a sense of what’s there, and plan their visits, without having to pore over box after box, looking for what they want.

Some of our readers may not fully understand what a librarian does, much less a Graphic Novels librarian. Could you explain some of your day-to-day at Columbia?

In the case of Ancient and Medieval History, which is my primary area of responsibility, a lot of the titles in the collection are chosen automatically by vendors that represent various languages; they survey what’s being published by scholarly presses and send a lot of it automatically. In the case of comics and graphic novels, many of the publishers are not mainstream, and a lot of interesting material is self-published — often financed by Kickstarter campaigns. So the selection of the comics materials is much more hands-on than the history resources.

What first drew you to comics? Did the Jewish lineage of comics have anything to do with your interest?

Yes and no! The first comics I responded to, other than the newspaper strips I saw every day, were in The New Yorker 25th-Anniversary Cartoon Album, which I discovered at around age 7 or 8 and devoured just about weekly. Those weren’t particularly Jewish, but they did shed light on the waning years of Jewish immigrant New York. A year or so later, I added my older brother’s Mad magazines to the menu, and that was a sort of crash course in immigrant Jewish culture. I like to say that I learned how to be an American Jew from Mad magazine and the Marx Brothers. As I got older, and began to learn more of the history of comics in America, I became fascinated by the prominence of Jews in the business — marginalized artists in a marginalized medium. But, oh, what they did with it!

Is there a straight line you can draw between your two positions at Columbia — librarian for ancient and medieval history and librarian for graphic novels?

Many people express surprise that a medievalist would also enjoy comics, but I think it’s a natural connection: I tend to respond, “Think ‘visual culture.’” Whether you think about the panel format of the Bayeux tapestry or stained glass windows, or consider the early speech balloons known as banderoles, there’s a lot of commonality between the kinds of visual narratives common in the Middle Ages and what we know as comics today. I actually wrote a column about that around four years ago.

What does Columbia’s graphic-novels collection include?

Just about anything you can think of! We have over 4,000 titles, and counting. We have comics in English, French, Spanish, Italian, German, Hebrew, Russian, Finnish, Dutch and more. We have collections of mainstream superhero comics, we have independent and alternative comics, we have collections of classic newspaper strips. We have reference works and scholarly literature on the medium. We have anything from giants such as Superman and “Maus” to recent slim, self-published stories like Marguerite Dabaie’s “A Voyage to Panjikant” or Sophia Wiedeman’s “The Deformitory.” It’s a wonderfully diverse collection that reflects the wonderful diversity — in style, story, and substance — of the medium itself.

How do you determine if a cartoon or graphic novel is worthy of acquisition? What’s the acquisition process like? How often does Columbia pay to acquire collections?

Worthiness is, to a great extent, subjective. But then so is what I acquire in ancient and medieval history, for that matter! I have a set of criteria that I apply, but they might not be the same set of criteria that another librarian might apply. I look first for graphic novels that have literary or artistic merit. I supplement with those that are useful for social or cultural history, or that have pedagogical usefulness — and that doesn’t mean that they don’t also have literary or artistic merit! I don’t buy titles that are obviously and solely for a kid or YA audience, but I will buy beautiful all-ages material that is exactly that: something that can be enjoyed at any age. The most obvious example of that is Jeff Smith’s “Bone,” but I’ve added a couple of the more extraordinarily beautiful and intriguing titles from Francoise Mouly’s TOON Books, like David Nytra’s “The Secret of the Stone Frog.” Mostly I have our fantastic and tenacious Acquisitions Department handle the actual purchase, but from time to time, if something might go quickly or is only available via Kickstarter, I’ll buy it myself and give it to the library.

What’s on tap for the Graphic Novels library over the coming year?

Oh, nothing I can talk about yet! There are some collections we’re pursuing, some fund-raising to do, and an exhibition to plan. That ought to keep me out of trouble!