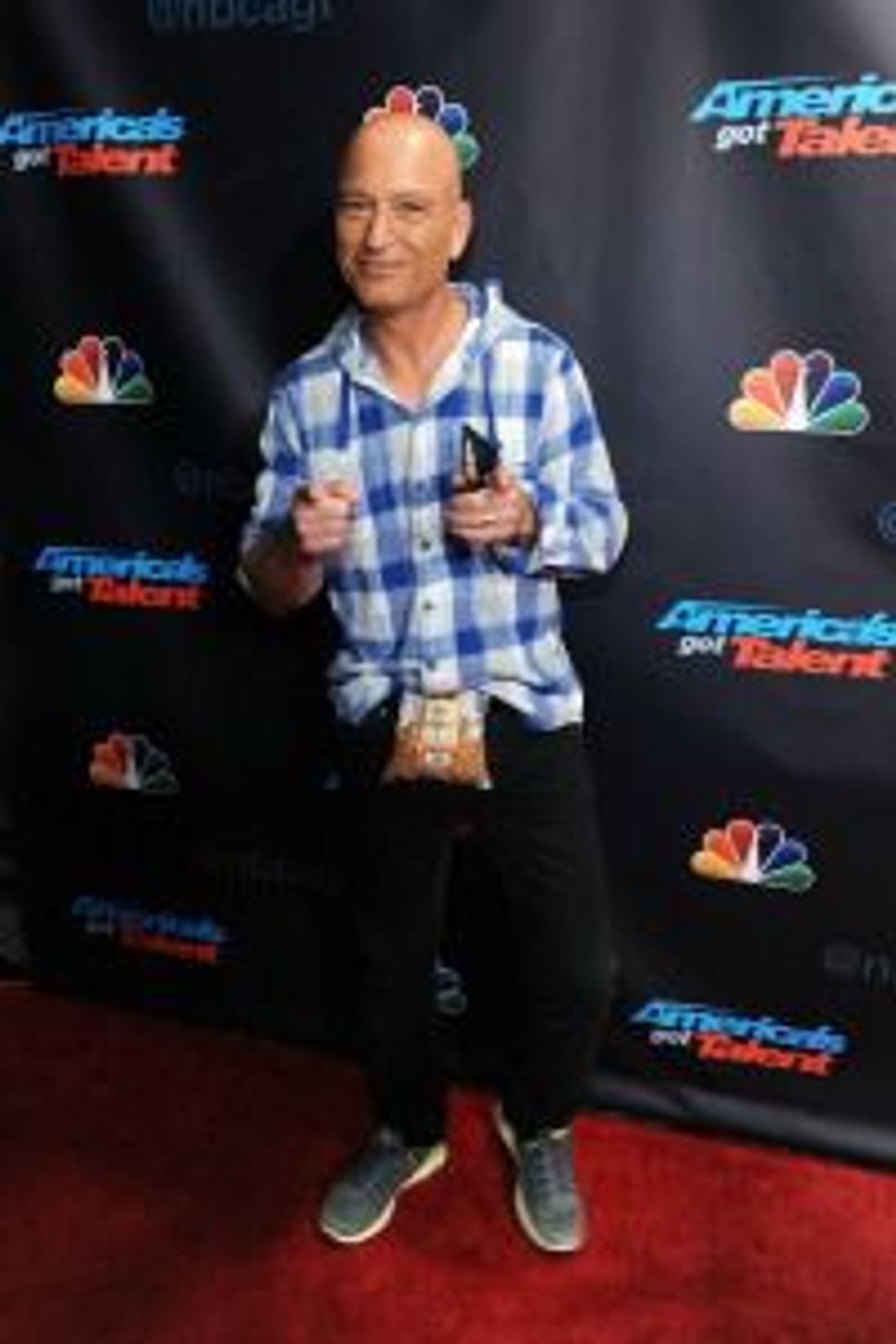 (JTA) — Don’t confuse them with the “Hottest Rabbis” of 2013, for which the Jewrotica website is currently soliciting nominations.

No, these are the “Nice Jewish Guys” of 2014: the stars of a glossy wall calendar produced in partnership with JDate, just in time for Thanksgivukkah.

This year’s gentlemen include Roe (shown caressing a braided challah), Jason (enjoying a hot dog) and Alex, who happens to be actor Howie Mandel’s son.

The Mandel connection no doubt helped the calendar, which has been published annually since 2011, snag a mention on last night’s “Tonight Show.” Jay Leno interviewed the more famous Mandel and chided the calendar-makers for basing it on the Gregorian, rather than Jewish, year.

Neither the selection criteria nor target audience is entirely clear. Are all the guys ISO female and/or Jewish partners? Just how “nice” are they? Is the whole thing meant ironically? And are they aware that few singles under the age of 50 actually look up from their Google Calendar and Outlook-equipped smartphones long enough to consult a wall calendar nowadays?

In any event, each month features several shots of a fully clothed gent, identified by his first name and a brief, minimally proofread, description. January’s Daniel, for example is a “buffed out hockey stud” who “likes to cook, take care of his dog and going to concerts.” March’s John is a “meatloaf-loving martial artist” who is “not a good whistler.” And Kristopher (no explanation for his goyish name) is a student who “claims his nose is his sexiest attribute.”