‘The Weiner Monologues’ Is Now a Play 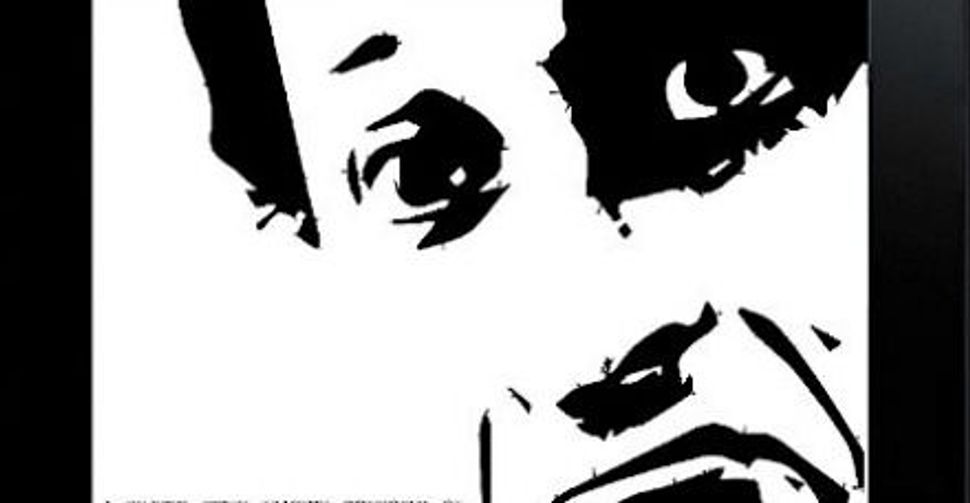 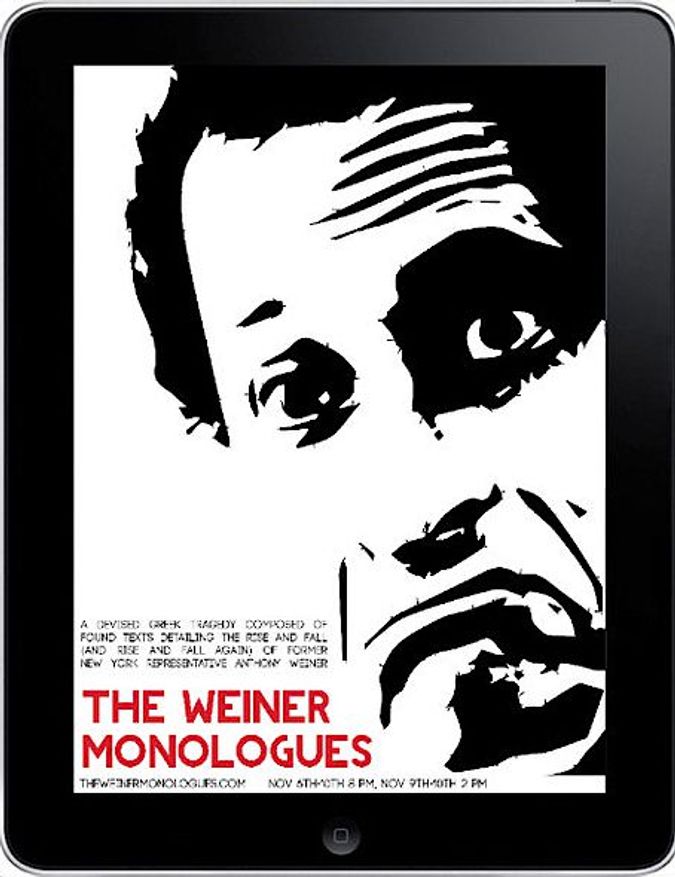 (Reuters) — Anthony Weiner, the New York City mayoral candidate undone by a sexting scandal, stands in a schoolyard — the butt of his classmates’ jokes. A chorus of reporters breaks out into a sexually charged dance number during a Weiner press conference.

A new play about the misbegotten campaign of Weiner, the former Congressman whose political ambitions were crushed by revelations he sent women lewd pictures of himself, is based on actual texts and modeled on Greek tragedy.

The play, “The Weiner Monologues,” opens on November 6 — one day after New Yorkers go to the polls to elect the city’s next mayor.

“It’s about this very familiar story of one man’s hubris leading to his downfall,” said Jonathan Harper Schlieman, 27, who conceived the play along with fellow theater major John Oros, 23, for their senior project at Hunter College in Manhattan.

“The Weiner Monologues” examines the role of the public and the media as actors in the drama. It is based on transcripts of conversations Weiner had with women over social media that the women then leaked to the press, articles about the scandal and Weiner’s news conferences immortalized on YouTube.

“It’s the Heisenberg principle: The act of observation changes the thing being observed,” said Schlieman, who is also the play’s director.

Audience members become complicit in the charade: at the outset, they receive on their smart phones the close-up image of Weiner’s bulging underpants that he accidentally sent over his Twitter feed in May 2011, back when he was a popular, liberal congressman and a leading candidate to run for mayor.

At first Weiner claimed his Twitter account had been hacked. In the play, his character tap dances his way through denials as reporters, playing vaudeville characters, hurl questions at him.

He eventually admitted his misdeeds in a tearful press conference, in which he apologized to his wife, Huma Abedin, a longtime aide to former Secretary of State Hillary Clinton.

Two years later, in the spring of 2013, Weiner was back in the public eye and talking about running for mayor. He and Abedin sat for an interview with The New York Times Magazine, in which they discussed their love and Weiner’s political ambitions.

Suddenly, the Democratic primary, which for months had been dominated by City Council Speaker Christine Quinn, an ally of outgoing Mayor Michael Bloomberg, had been upended.

In the first poll taken after Weiner entered the race, he had soared to first place.

But his success was fleeting. In late July, another woman came forward with transcripts from as recently as a year ago. In the racy exchanges she said she had shared with the politician, he identified himself as “Carlos Danger.” Almost immediately, Weiner’s poll numbers plummeted.

Ultimately, Bill de Blasio, heavily favored to capture City Hall next Tuesday, won the primary, while Weiner got a mere 5%.

“These are easy-to-understand stories we can all get behind,” said Schlieman of the enduring fascination with Weiner’s antics. “Just like how no one goes to NASCAR to see left turns.”

Since Schlieman and Oros committed to a November 6 premier date back in August, Weiner has continued to speak publicly, making the script of their play something of a frantic work in progress.

Just as rehearsal was due to begin Thursday night, a new interview was posted on GQ magazine’s website, in which Weiner appeared to fault The New York Times reporter for not asking tougher questions.

“Oh, no! We have to use that!” Oros said as the two collaborators discussed the article’s contents.

Nearby, Joel Bassin, the chair of Hunter’s theater department and the play’s producer, sat watching his former students with obvious delight.

Plus, there is an element of catharsis at work, he said.

“Americans are Puritans, so anything about people being caught and punished for doing something dirty is cathartic to Americans. It’s morally instructive. He got found out.”

Weiner did not respond to a request for comment.

‘The Weiner Monologues’ Is Now a Play