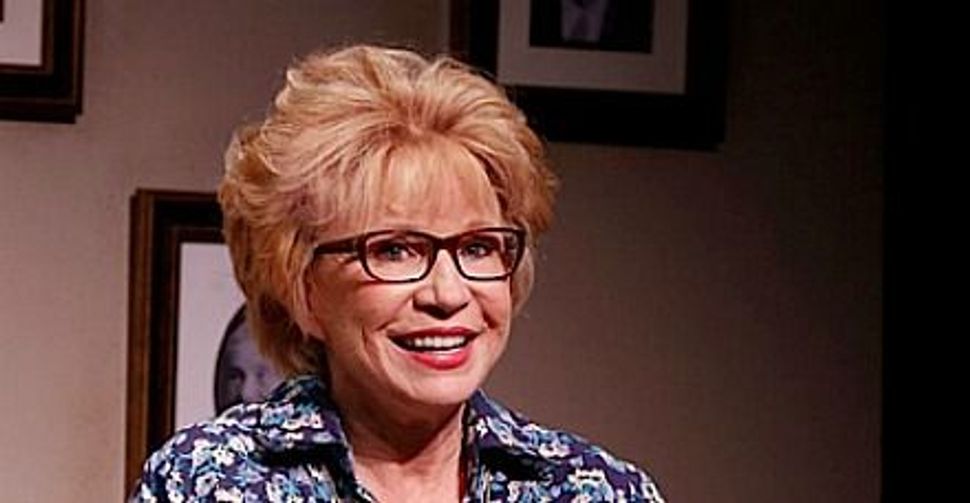 After watching the excellent production of “Becoming Dr. Ruth,” at Manhattan’s West End Theatre, my first thought was that someone had handed playwright Mark St. Germain (creator of “Freud’s Last Session”) a gimme. 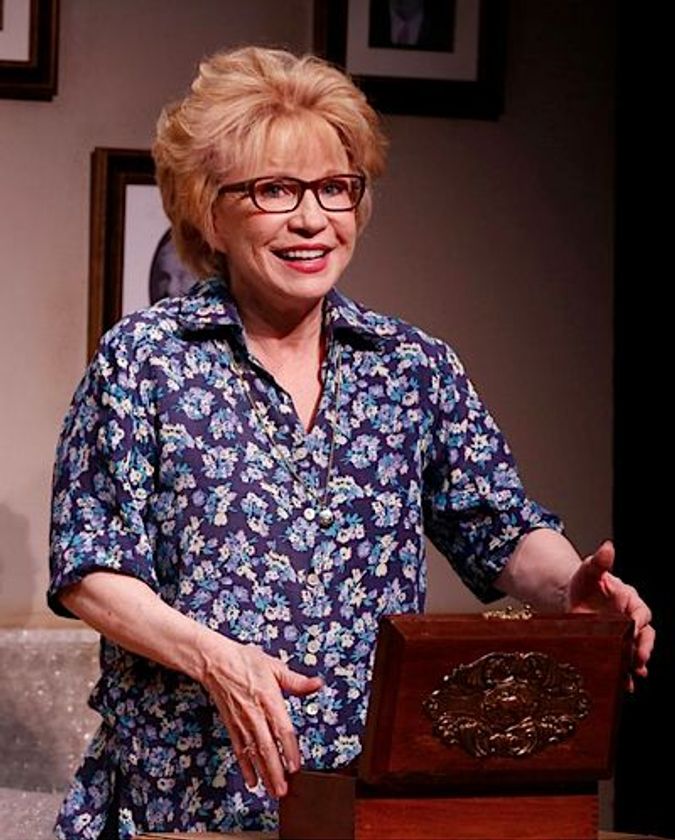 On the face of it, all Germain had to do was stick a microphone in front of the voluble sex therapist, transcribe her words, and there you have it: a play.

Because what a rich life she’s lived, filled with sadness and joy and the drama that makes great theater.

To his credit, Germain resisted the temptation to turn this into the burlesque it could easily have become. Nor does he dwell on the moments of pathos. Instead he does a delicate balancing act, effortlessly shifting between the ups and downs and taking the audience with him.

It’s the same approach smartly taken by star Debra Jo Rupp (“That ‘70s Show”), rrrrrolling her Rs, of course, German accent intact, but never reducing her role to a parody.

The play is set in 1997, a little more than two months after the unexpected death of Dr. Ruth’s third husband, Fred. She is cleaning out her Washington Heights apartment because, despite its spectacular views of the New Jersey Palisades across the Hudson River and of the George Washington and Tappen Zee Bridges, despite the objections of both her children, she feels she needs to move on.

The show begins as she’s searching for her glasses, and as soon as she finds them she breaks the fourth wall, noticing the audience and inviting them in to shmooze while she packs.

It’s a perfect conceit, because in cleaning out the clutter she comes across madeleines, remembrances of things past, she shares. Some of it is surprising.

Dr. Ruth Westheimer was born Karola Siegel in Frankfurt, Germany, the only daughter of an Orthodox Jewish family. Her father took her to synagogue with him, taught her the “need to love God and to love God you need to love learning.”

Hitler became Chancellor when she was just 5 years old. Her father was taken to a work camp when she was 10, and shortly thereafter she was selected for the Kindertransport to Switzerland. Once gone, she never saw her parents again.

A life-long Zionist, she became a kibbutznik after the war, at Ramat David. It was there that she had her first sexual experience. She remembers the day — May 9, 1946, but won’t reveal with whom. “I am still friends with him and his wife,” she says.

She begins studies to become a kindergarten teacher, a goal suggested by her grandmother “because I would fit so nicely in their chairs.” But she also joins the Haganah and becomes a sniper and messenger because she was fast and “there was less of me to shoot at.”

She moved to Paris with her first husband, and to the U.S. with he second. She got her doctorate in education and wound up with a 15-minute local call-in radio show in New York. “Sexually Speaking” proved so popular it was soon expanded nationally.

She says she saw her mission as a sex therapist as part of the Jewish tradition of Tikun Olam. “It is my obligation, because I have survived.”

It is a life extremely well lived and well told. At the heart of Dr. Ruth’s and this play’s appeal is how life-affirming it is. Despite the fame, after all the jokes, after all the heartache, Dr. Ruth is still a nice Jewish grandmother who can unabashedly say:

“When I look at [my grandchildren] I know Hitler lost, and I won.”

Special kudos to director Julianne Boyd. No matter how well written, a one-set, one-actor play can be difficult and boring to watch. But she moves Rapp around Brian Prather’s excellent set naturally.

For the record, Dr. Ruth was at the performance I attended and I asked what if anything was exaggerated. She said “nothing.”