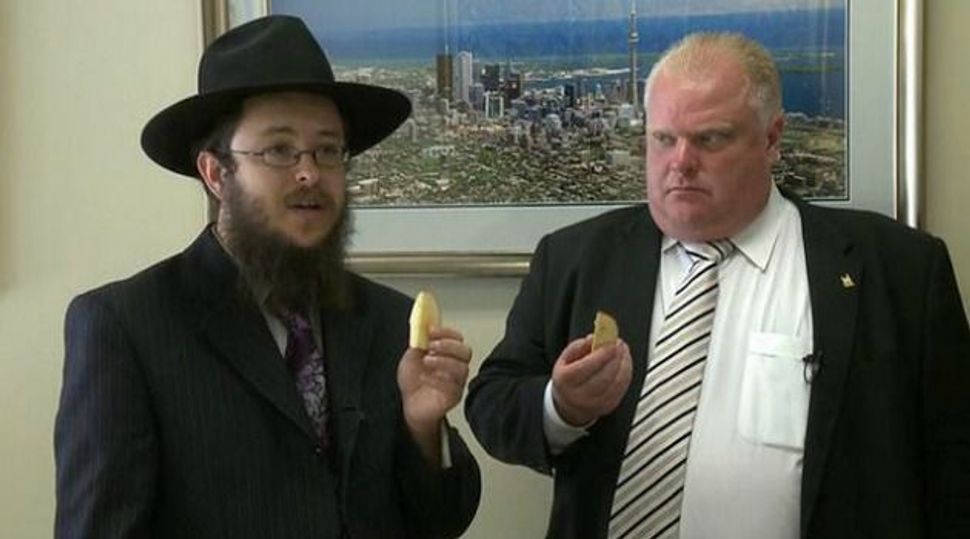 Toronto mayor Rob Ford probably doesn’t remember this picture (smoking crack in “a drunken stupor” tends to have that effect) but thankfully for him, Gawker has his back. Behold, Rob Ford’s most Jewish moment:

[h/t Gawker for this gem]