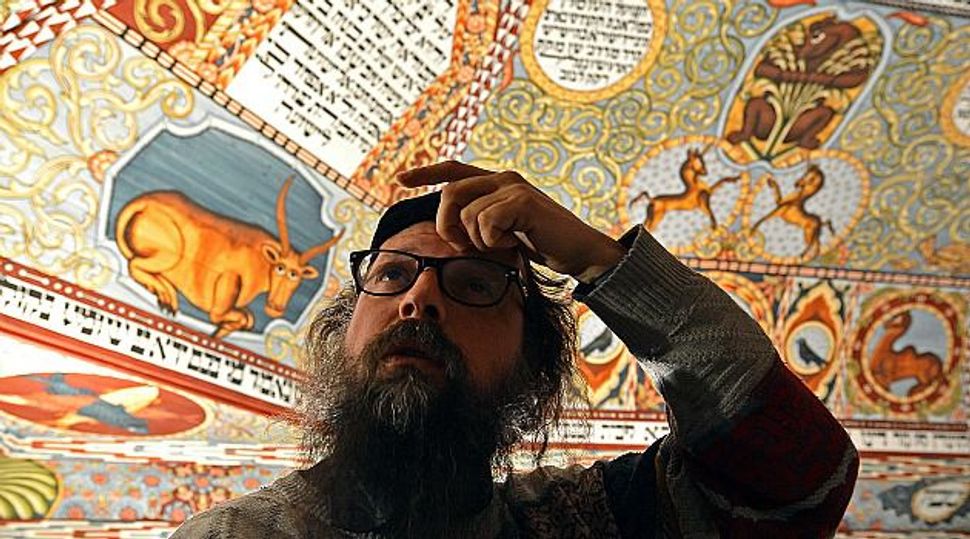 When Warsaw’s Museum of the History of Polish Jews’ main exhibition opens to the public in September 2014, it will add to the city’s Jewish historical trail something which does not presently exist: a history of Jewish life. 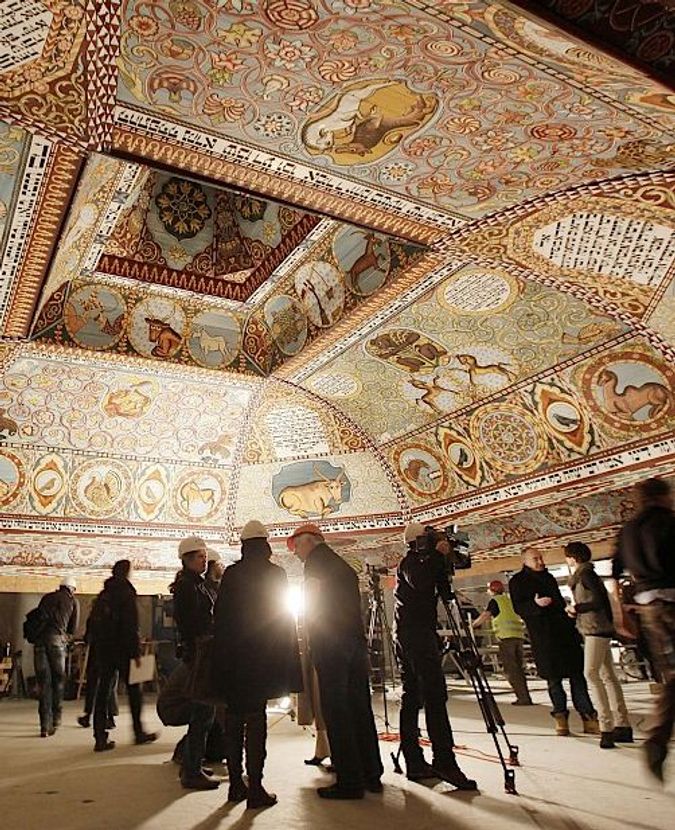 The core exhibition has been in development since 2003, when the master plan, including the concept and narrative line, was first conceived. Created and curated by an international team of more than 120 scholars led by Professor Barbara Kirshenblatt-Gimblett, Professor of Performance Studies at New York University, the multimedia narrative exhibition will consume the 43,000 square-feet of space located beneath the lobby of the museum. The 1000-year story the exhibit will tell is, Deputy Director of the Museum Zygmunt Stępiński told the Forward, “a unique moment and unique example of Jewish life” in Europe.

In the absence of source materials — the physical evidence of Judaism in Poland having been largely erased during the 20th century — the core exhibit will utilize interactive, theatrical, and textual elements to immerse visitors in the story. Thus, when visitors enter the first gallery, they will find themselves in a poetic forest, where tales and legends of the first Jewish settlers in Poland are to be carved onto the trees and projected onto the floor.

Following the medieval gallery examining the life of the Jewish merchant, the second gallery brings the history up to 1500 when, during the period of the Polish-Lithuanian Commonwealth, Poland was becoming the centre of the Ashkenazic world. The exhibition will make available to visitors a Virtual Library where they will be able to explore the earliest Hebrew and Yiddish texts printed on Polish soil, as well as an interactive scale model of Krakow and Kazimierz.

A centrepiece of the core exhibition, Stępiński explained as we toured the museum, will be a reconstruction inspired by the wooden synagogue that once stood in the shtetl of Gwoździec, near Lviv. Its timber frame — which rises through a gap in the roof of the core exhibit so that it is visible in the entrance hall — has been erected using methods and tools designed to replicate those used in the 17th century. For the painted, decorative ceiling, similarly authentic in its recreation, the museum used the interiors of churches of the period for reference, there being no traces of Gwoździec’s synagogue left, it having been burnt to the ground during the Shoah.

The fate of the synagogue of Gwoździec portends a greater problem with fashioning an exhibit about Jewish life in Poland, namely, how to integrate the Holocaust and the deaths of 3 million Polish Jews — 90% of Polish Jewry — into the larger story. Kirshenblatt-Gimblett told the Forward that what the exhibit will say is that the Holocaust was not the inevitable outcome of the Jewish story in Poland. “It is not historically accurate to present the Holocaust as the logical outcome of Polish anti-Semitism,” she said.

“For Jews in Poland at the end of the interwar years, there was no genocide on the horizon. Poland did not believe they were about to be invaded in 1939. They had no idea of what was coming,” Kirshenblatt-Gimblett continued. “The Holocaust will be presented within the 1000-year history of Polish Jews, showing specifically what happened here in Poland in the borders of the Second Polish republic.”

As such the exhibition will, as Moshe Rosman, Associate Professor of Jewish History at Bar-Ilan University, has outlined, present the Shoah as a Nazi project, not a Polish one. “While not hesitating to show Polish anti-Semitism in its manifold manifestations, the Museum asserts that this had nothing to do with the German Nazi Final Solution. The Holocaust was of a whole different order. Genocide was not the objective of even the most rabid Polish anti-Semites, in any period,” Rosman writes.

As a response to the recent scholarship of historians like Jan T. Gross who have highlighted the role of Polish civilians in the Shoah, the core exhibition will be inherently controversial, running counter to the way in which Holocaust studies as a field understands Jewish history in Poland. Instead of presenting the story of Polish Jews teleologically, with the Holocaust as the end point, the Museum of the History of Polish Jews will have the Shoah be one chapter in a 1000-year narrative — neither the beginning nor end. “Holocaust studies reads history backwards,” Kirshenblatt-Gimblett said. “We will do the opposite.”

Indeed, the core exhibition will also assert that the Holocaust is not the final chapter of the history of Polish Jewry. Having exited the Holocaust gallery and passed through a void — a space for reflection and contemplation — the gallery on postwar history will shed light upon the efforts of those who survived to uncover what had been lost, only to be confronted with local violence and the anti-Semitic campaigns of 1968 that encouraged emigration to western Europe, North America and Israel. Only the fall of communism in 1989 would encourage a re-emergence of Judaism in Poland, which continues unto the present.

Previews of the core exhibition are presently being outlined to the Jewish community of Warsaw and those interested in the Jewish past there through a series of lectures, the first of which were given by Professors Kirshenblatt-Gimblett and Rosman at the end of October. When it is complete and open to the public, both the museum’s striking architecture and the vision of this exhibition has the potential to make the Museum of the History of Polish Jews one of the great Jewish museums of the world, comparable to Berlin, Prague, and the National Museum of American Jewish History in Philadelphia.

But with so much death, is it really possible to tell a story of life? Kirshenblatt-Gimblett compared it to the practice of sitting shiva — when one talks about the departed, one “shares the stories of how they lived.”