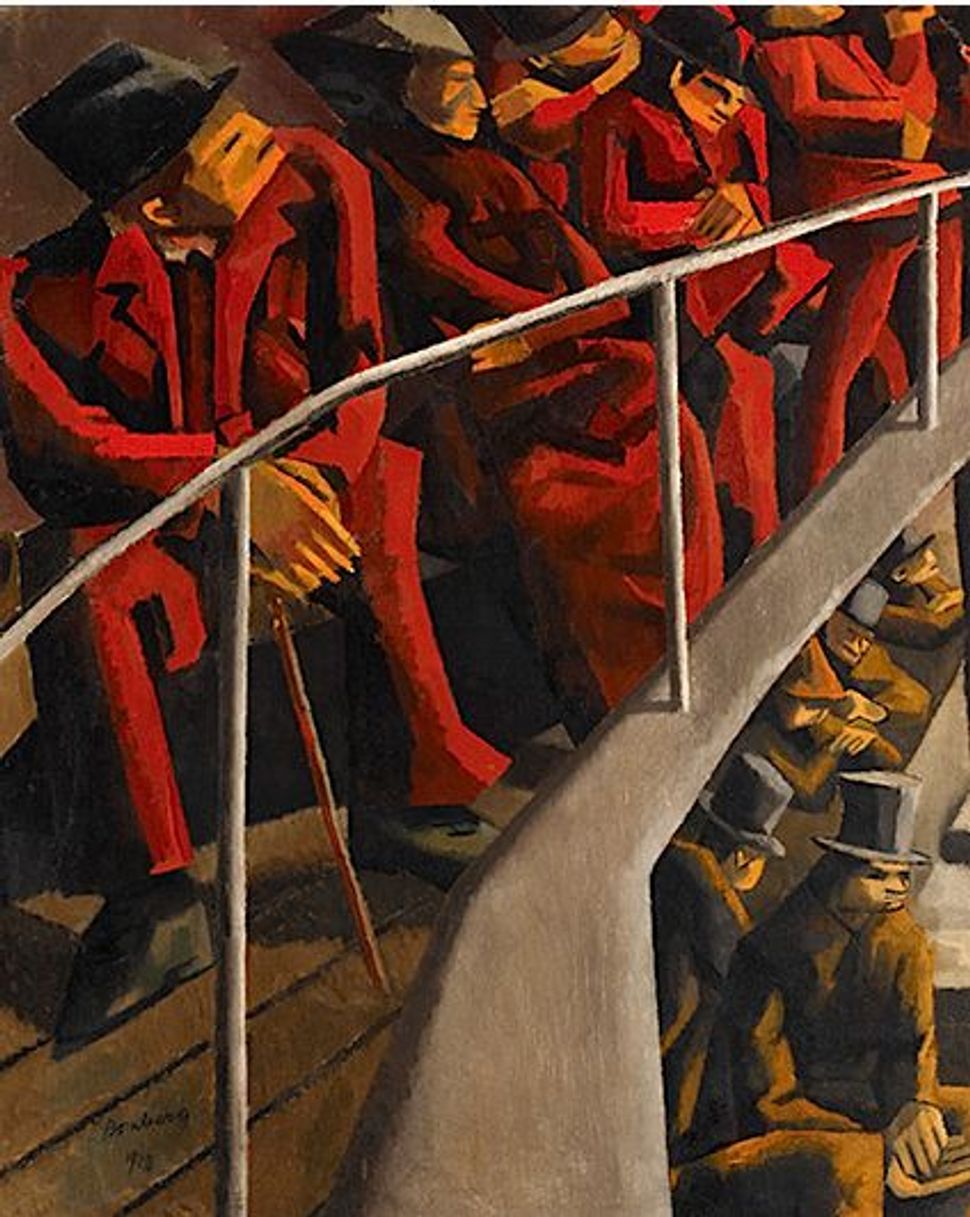 The London Group exploded onto the British art scene in 1913 as a radical alternative to the art establishment. Founding member and sculptor Jacob Epstein was credited with naming the group and fittingly one of his pieces, “Flenite Relief” (1913), is included in “Uproar!”, a small but powerful exhibition that opened November 1 at Ben Uri gallery in north London. It is one of two simultaneous exhibitions celebrating The London Group’s centenary year. The other exhibition, organized by The London Group itself, is showcasing contemporary work by its current members. 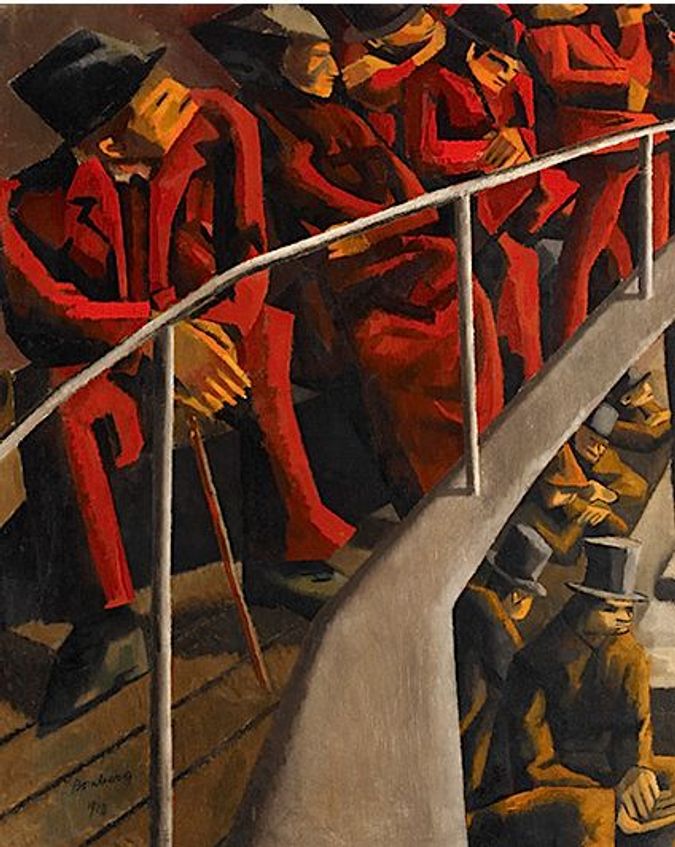 “Uproar!” presents 50 works by 50 artists and is the first extensive survey of the Group’s first 50 years. It hosts “a potted history of British modernism,” said Rachel Dickson, one of the exhibition’s two curators, and reflects the group’s “multi-tendencies” and “clash of styles.” These were artists who were determined to embrace new movements from Europe and a number experimented with Cubism and Futurism. It quickly became a forum for progressive artists and their innovative works stimulated the public’s appetite for the new.

Ben Uri has strong links with The London Group and a number of artists in its collection, such as Epstein and David Bomberg, were involved in the group’s inception and early shows. Founded in 1915, in London’s East End, Ben Uri was a response to establishment prejudice and exhibiting restrictions.

Although the Jewish contribution to ‘Uproar!’ is very much in the minority, it is significant. The show features work by the Whitechapel Boys — most of whom were artists whose parents had come to the U.K. from Eastern Europe — such as Bomberg’s uneasy “Ghetto Theatre” (1920), Jacob Kramer’s rather chilling “Clay/ The Anatomy Lesson” (1928) and a piece by affiliated “Boys” artist, Bernard Meninsky. Additionally, a charcoal by Leon Kossoff, “Portrait of N M Seedo” (1957) and a bold yet brooding oil, “Narcissus,” (1942) by German émigré Hans Feibusch, are also included.

The “uproar” here refers to Mark Gertler’s “The Creation of Eve” (1915), also exhibited, which depicts a bearded God pulling Eve by her hair away from the ribs of a sleeping Adam. According to the explanatory notes, it was considered to be unpatriotic and subversive during wartime and Gerlter was accused of sensationalism. He was quite “unprepared for the ‘uproar!’’’ that he unleashed.

A particular highlight is C R W Nevinson’s extraordinary “Returning to the Trenches” (1916). This savage but beautiful picture has so much movement in it, said curator Sarah MacDougall, that the French soldiers legs appear to be propelling forward at great speed, perhaps an indication of the violence to come.

The gallery has made the best use of their restricted space — there are only three rooms — but this has helped create an intimate, inspiring and historically located exhibition. Encompassing many of the greats of modern British art: Moore, Lowry, Sickert (whose classes Bomberg attended; their paintings are hung next to each other) and demonstrating many artistic movements, it is an opportunity to examine the rich variety of half a century of British art.