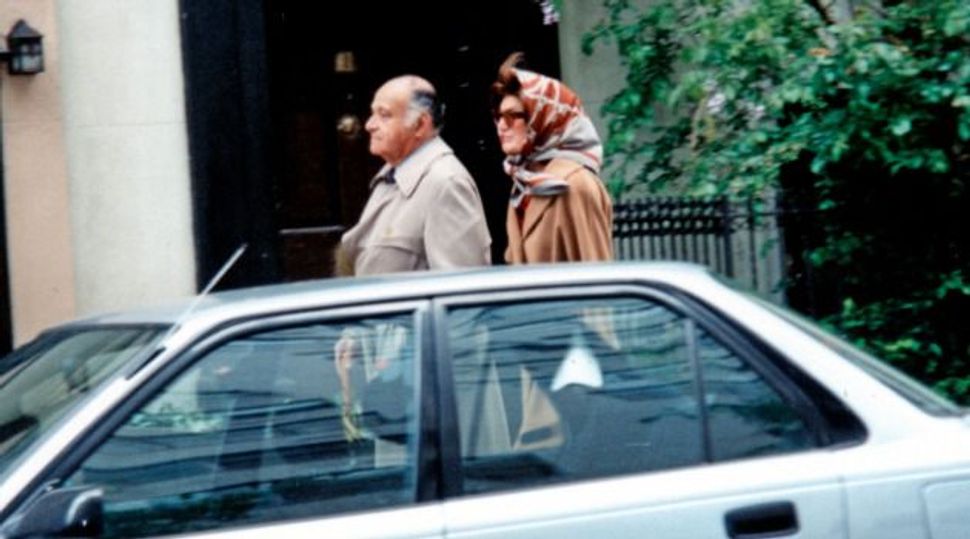 The extensive media coverage of the 50th anniversary of the assassination of President John F. Kennedy also showcases Jackie Kennedy front and center as Camelot’s crown jewel. Fashion trend-setter, charmer of world leaders, restorer of the White House’s historic treasure, she is credited as the meticulous architect—down to the gravesite eternal light — of her husband’s funeral and legacy.

Just a week before the former first lady — then Jackie Onassis — died in 1994, I was racing along East 83rd Street to a reception hosted by Israel’s consul general Gad Yaacobi for his predecessor Uriel Savir when I heard a staccato click, click, click behind me. Crouching between parked cars, a bearded man with a telephoto lens the size of a bazooka was shooting away at something across the street. Following the trajectory, I spotted Jackie Onassis. Wearing light-tinted sunglasses, a stylish babushka and a belted ankle length camel hair coat she was holding onto the arm of her longtime friend Maurice Tempelsman. Both were smiling, their eyes straight ahead, the two walked slowly pretending not to see the photographer.

But when the paparazzo sprinted across the street to photograph the couple head on, Jackie Onassis recoiled. Tempelsman put his arm around her protectively. I took out my camera and began to photograph the encounter from across the street — then stopped. Stunned, I watched as an enraged Tempelsman left Jackie’s side and with his short black rolled umbrella in hand charged at the photographer who retreated onto Fifth Avenue again wedging himself between two cars.

The Queen of Camelot had found her ultimate knight — Belgian-born Jewish Orthodox, Yiddish-speaking financier Tempelsman. When I was later asked why I had not taken a heads-on-shot when I had the chance — “it would have been worth a fortune”— I replied, “I didn’t have the heart.” Several months later, at a benefit I was seated at a table with Tempelsman. We spoke in Yiddish and after I told him about the paparazzo incident, he just said, “Thank you.”