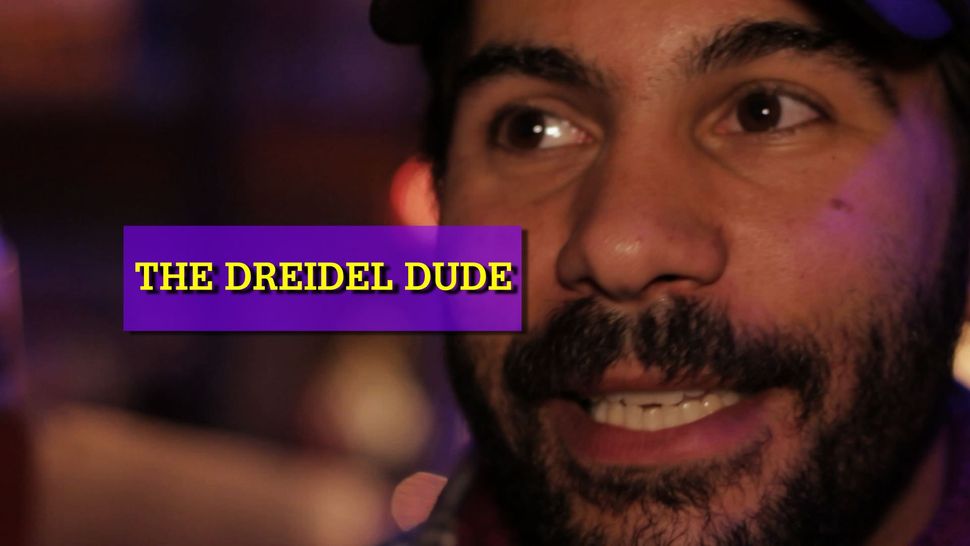 Plain old Hanukkah has been somewhat overshadowed this year by the monster that is Thanksgivukkah — for those of you living under a rock, Thanksgiving and the first day of Hannukah fall on the same day.

But amid the tsunami of cranberry-infused sufganiyot and Manischewitz-brined turkey recipes, the hybrid holiday has inspired some pretty great holiday videos.

From dreidel competitions to anti-holiday rants (with the obligatory Maccabeats shout-out thrown in for good measure), here are eight videos to share with friends and family after lighting the menorah.

Eric Pavony, co-owner of the Full Circle Bar in Booklyn took Dreidel from a game you play out of boredom at bubbe’s to a competitive sports championship. So, what happens when Williamsburg hipsters have a dreidel competition? Almost exactly what you’d think:

2. Scream and Shout — for Thanksgivukkah!

The only things really worth screaming and shouting this time of year are sweet potato latkes and pumpkin spice challah.

A Hannukah twist on the old Lenny Bruce joke. “Coffee is Jewish. Tea is goyish. Kombucha… is not a real word.”

What else is Jewish? Find out:

Our favorite a cappella boys are back! This time, the Maccabeats give Ellie Goulding’s “Burn” a little Jewish twist. If you don’t smile while watching this, you’re officially a Hannukah grinch.

As with any holiday, haters gonna hate. This one’s for you:

Family reunions can be scary enough — pair the stress of mom side-eye with the pressure of a hybrid holiday and you have the stuff of nightmares:

Hannukah fights for its honor in an “8 Mile”-like rap smackdown brought to you by Manischewitz. In our corner: Dreidel man, defending the festival of lights against a vicious pilgrim turkey.

And last, but certainly not least, we revisit Stephen Colbert’s epic rant against the blasphemous joining of Hannukah and Thanksgiving. Why?

Because, children everywhere may start thinking that “Thanksgiving started when the Wampanoag sat down with the Maccabees and the yams lasted for eight nights.” No one wants that.

“How dare you, Hannukah!”

Christmas fans thought they were home free this year what with Hannukah’s early timing. They were wrong.

Oh, and did we mention the scene making fun of “Wrecking Ball”?