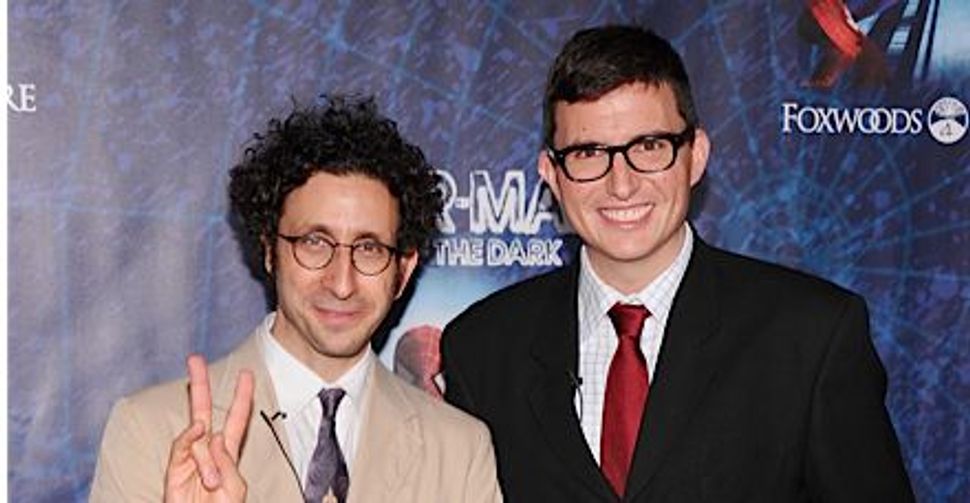 Glen Berger wasn’t surprised when the announcement came. He’d had an inkling that “Spiderman: Turn off the Dark” was on the last of its eight legs well before producers made it official. 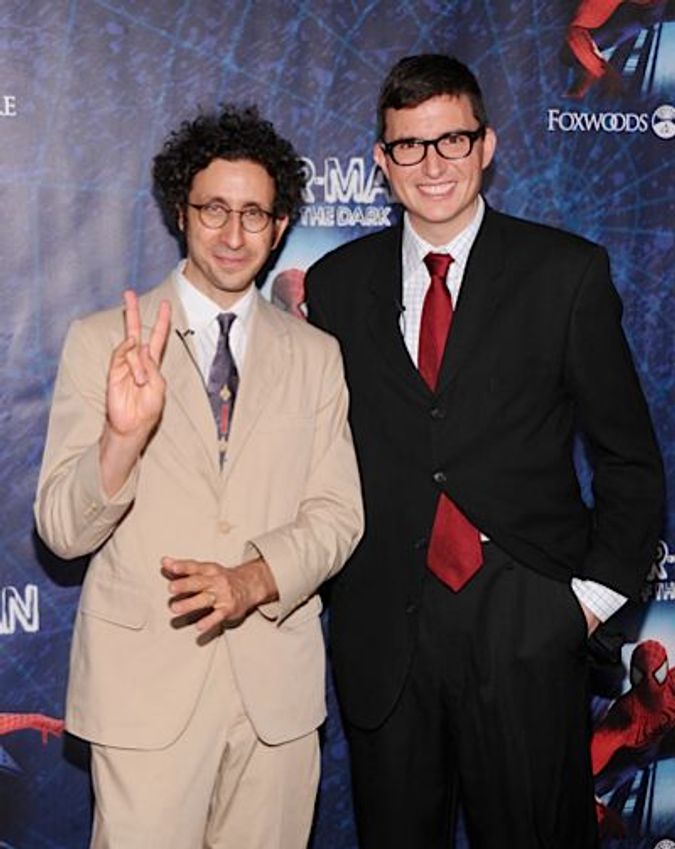 “I was speaking to some of the actors back in August, and the general feeling was that unless a miracle happens we were going to close in January,” he told the Forward. “It wasn’t the attendance or the grosses, but the weekly running costs were that high.”

Berger was hired by Julie Taymor, who conceived and directed the play, to co-write the book with her. Along with the show’s composers, Bono and The Edge of U2, Berger ultimately split with Taymor, and re-imagined the play, which officially opened in mid-2011.

Berger wrote about that experience in “Song of Spider-Man: The Inside Story of the Most Controversial Musical in Broadway History.” He spoke to the Forward about the critical response to the play, his 13-year leave of absence from Judaism, and what he discovered when he returned.

Curt Schleier: What were you doing when you were selected to co-write Spiderman?

You’d written a couple of plays that have been produced around the country. But you have to admit you are probably not a logical choice to co-write a production as large as this. How did you get the job?

There are certain metrics by which people decide to hire. Even though I was of the opinion that no one else was better suited for this job than anyone else, it didn’t mean others felt the same way. So, yes, I didn’t think I had a shot. They asked about nine playwrights to turn in a short scene based on a two-page “vision” for the show Julie Taymor had written two years before. I didn’t see how sending in five pages of dialogue could explain to Julie, a visual director, why I was right for the job. But [Julie and producer Tony Adams] were intrigued enough by that to give me an interview. By the end of the interview I was willing to do anything for them. So I went home, wrote a scene, and turned it in the next morning.

So you got the job. My impression from reading your book is that all along everyone believed you had a sure-fire hit. What went wrong?

It was working. From our first workshop reading in the summer of 2007 until our fifth preview, there was hardly any indication that we had anything but a major hit on our hands. But when we actually put it on the stage, a number of the technological features didn’t work. Others worked but didn’t look very good.

Without the technology to carry certain sections of the plot forward, you had to change the script, right?

When we got into previews and the show wasn’t working, there suddenly were two camps. The first camp (with Julie), it seemed to me, couldn’t get their heads around the fact that because this technology wasn’t working we have to change the story or else we were done for.

But it wasn’t just the story. Critics complained about the music, too. They felt Bono and The Edge still haven’t found what they were looking for.

I wish you could’ve heard the original demos that Bono and The Edge made for the show. We weren’t blowing smoke. The first versions of the song were fantastic. But in the theatrical version things happen. The way the music was translated for an orchestra, the fact that the band wasn’t in the room but in the back of the theater somewhere and the way you heard it in the space, it just didn’t sound as good.

Julie never wanted the show to be judged by Broadway standards, did she? She felt, correctly I think, that it was more of a spectacle. You say in your book she considered it a “circus rock ‘n’ roll drama.” Was she right?

She was totally worried about for a long time that the play was going to be judged from the perspective of a good “Broadway show” and she didn’t want that set of criteria to apply. In hindsight, I think was she was right.

Still, do you think the criticism was fair?

Here’s what I know. A couple of weeks after the show finally opened, I took my fourth grade son and his entire class to see it; they couldn’t have had a better time. I think the critics just couldn’t see it straight and that impacted public opinion. Ben Brantley called it one of the worst shows in the history of Broadway. How could all these kids see it and have such a good time really at that bad a show? But that said, bad reviews come with the territory. I do like to point out, however, that a year before our first preview, Brantley, reviewing another show, called “Spiderman” vulgar. He hadn’t seen a script. Hadn’t heard any of the music. Yet he still had an opinion about the show.

Can you tell me a little about your Jewish background? I assume you went to Hebrew school and were a bar mitzvah, right?

Yes, I did all that. My grandparents on my mother’s side still spoke Yiddish in the house. I have fond memories of our Passover Seders and all that. But some time, probably minutes after my bar mitzvah, I swore off Judaism for the next 13 years. Then I had a sort of epiphany that brought me back to the tribe.

I was in a relatively depressed state after a bad break up and I was living back at home for a little bit. I suddenly got this idea into my head that there was a particular music out, I could almost hear it, and if I could just find it I would be in better shape. I spent a lot of time and money in record stores, listening to all kinds of music. And then I discovered Dave Tarras, the klezmer clarinetist. And I realized all it once that there was something Jewish deep in my soul that was informing all my work. I looked at a play I had set in the Scottish Highlands and it was all Jewish. It was called “The Wooden Breeks,” and in it there was a lighthouse keeper who never left the lighthouse. He spent all his days reading. I realized he’s just a talmudic scholar. I realize everything in my heart was surreptitiously being informed by my Jewishness. As a result, I came to appreciate it more and more, and I’m at a point now where all three of my kids are going to Hebrew school and know more about Judaism and Hebrew than I ever did.