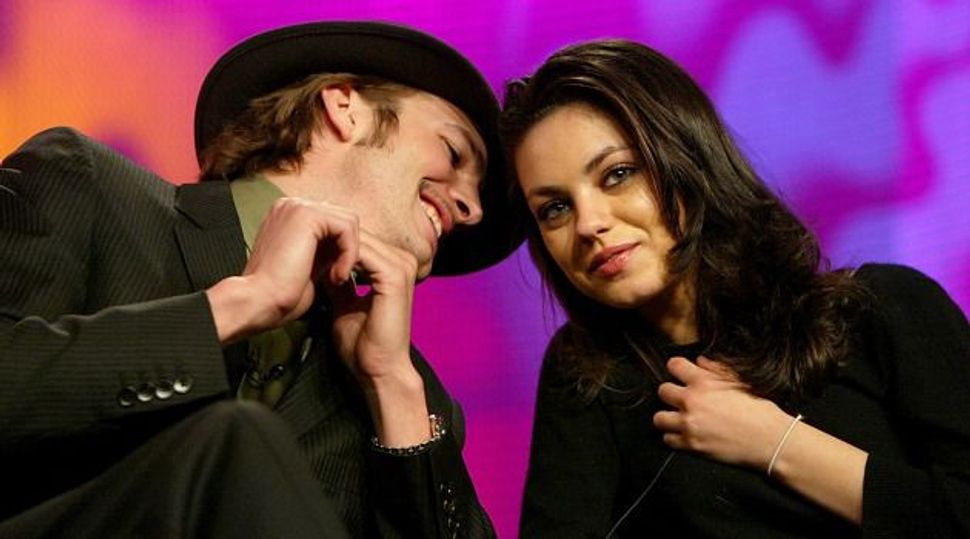 Hollywood’s sexiest Jewish woman (really, Buzzfeed made it official) and the golden boy of Kabbalah have spoken: they want Jewish kids.

According to RadarOnline, Mila Kunis “definitely wants children with Ashton [Kutcher] and wants to raise them in her Jewish religion.”

A “source close to the couple” added that Mila’s family is “much more traditional and less Hollywood.”

“Think Coney Island style Russian immigrants,” the couple’s bosom friend added. “They want Jewish babies and Mila wants to give them to her family. Tradition is very important.”

Well, ladies, there you have it. Mila Kunis suffers from Jewish mother baby pressure too.

But it seems that Ashton is up for the challenge of coping with this baby-loving mishpacha. “It’s a dream for Mila and Ashton, and even if he doesn’t fully convert, he’s very much into the idea of having little Jewish babies,” the source concluded.

We can’t wait to see them.