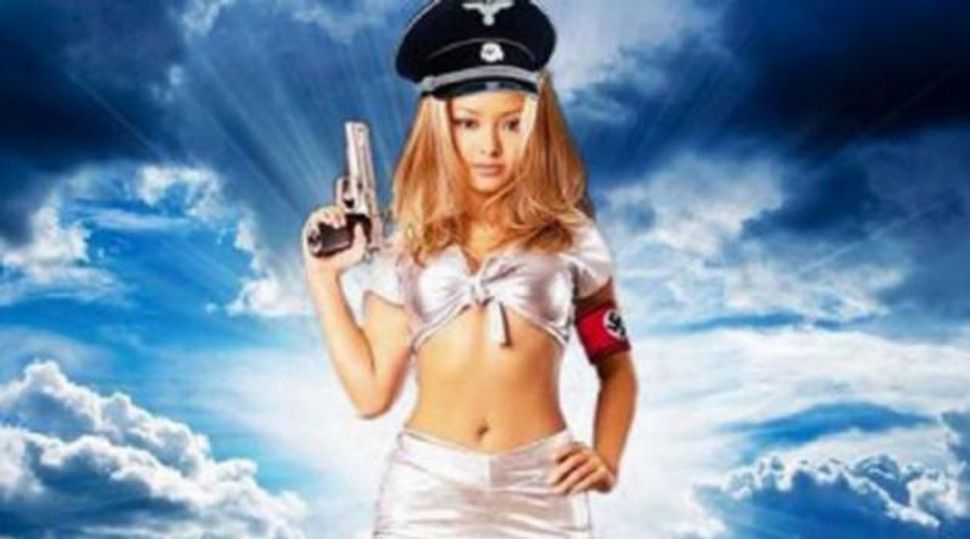 Did you think Tila Tequila had come to her senses and deleted her Facebook rant defending Hitler?

Wrong. The D-list celebrity was banned from Facebook for 30 days and her previous entries removed from the social media platform.

This was her response:

So you want to talk about hypocrisy? Ok then let us talk about hypocrisy. First of all how many times has facebook banned me by now? They have banned me a total of 8 times! For nothing except for maybe the fact that they are owned by the ZIONISTS! So I find it quite absurd that jewbook bans me for yet another 30 days then warns me thatthey will delete my page totally if I do not “FOLLOW THEIR RULES AND BE A GOOD GOYIM!” – Jewbook bans me constantly for nothing yet I CONSTANTLY see other profiles posting PORN, and saying much worse things on their pages like “N–R” and “F–T” and they even have people posting up pictures on my jewbook page posting racial slurs against other people as well as numerous threats to kill me! Yet, do you see them get banned? NOPE! But the second I write a blog about how I sympathize with Hitler, I immediately get banned for 30 days AND they have removed majority of my posts. So now their jewbook shills and other mainstream media news outlets, which has now spread like wildfire, are saying that I deleted my posts!!!! I smell something fishy and it’s coming from jewbook shills!

Do you think I would EVER delete anything I post in fear of someone hating me for my freedom of speech, opinions, and truths? NEVER! I will NEVER BOW DOWN TO THE OPPOSITION NWO A–HOLES! Those of you who are afraid to speak out against them… DO NOT BE! Here are some screen shots so you know who is doing this….. of course… the Khazar Jew Shills! That is who and these are the SAME PEOPLE WHO ARE TRYING TO USHER IN THE NWO!!!!!!! STAND UP AND FIGHT!!!!!!! FEAR THEM NOT LIKE THEY FEAR ME, THE F–KING SAMURAI!

The former star of “A Shot At Love With Tila Tequila” made the news this week when she first posted a photo of herself in a provocative Nazi uniform, standing against the backdrop of a photo of Auschwitz. When that photo got taken down, she followed up with a blog post called “Why I Sympathize With Hitler, Part I: True History Unveiled,” meaning to disprove all those terrible myths that quaint, uninformed people still believe in, like that he spearheaded one the most grotesque crimes in the history of humanity.

Per Tila: “Here is a man who was not a coward, stood up for his country in a DESPERATE TIME OF NEED (unlike all of our cowardly leaders), and yet not only did he try his best to help his country and people get out of what was a time of depression, economic collapse, high unemployment, amongst many other things… he lost the war AND was painted out to be a monster after his death.”

Let’s not forget that this was a woman who once hinted that she was thinking of converting to Judaism.

So, in summary: Tila Tequila, samurai, is not a fan of Jews. Hopefully, this ban will force her to take a break from moonlighting as her alter ego, “HiTILA” (Get it? Hitler and Tila?)