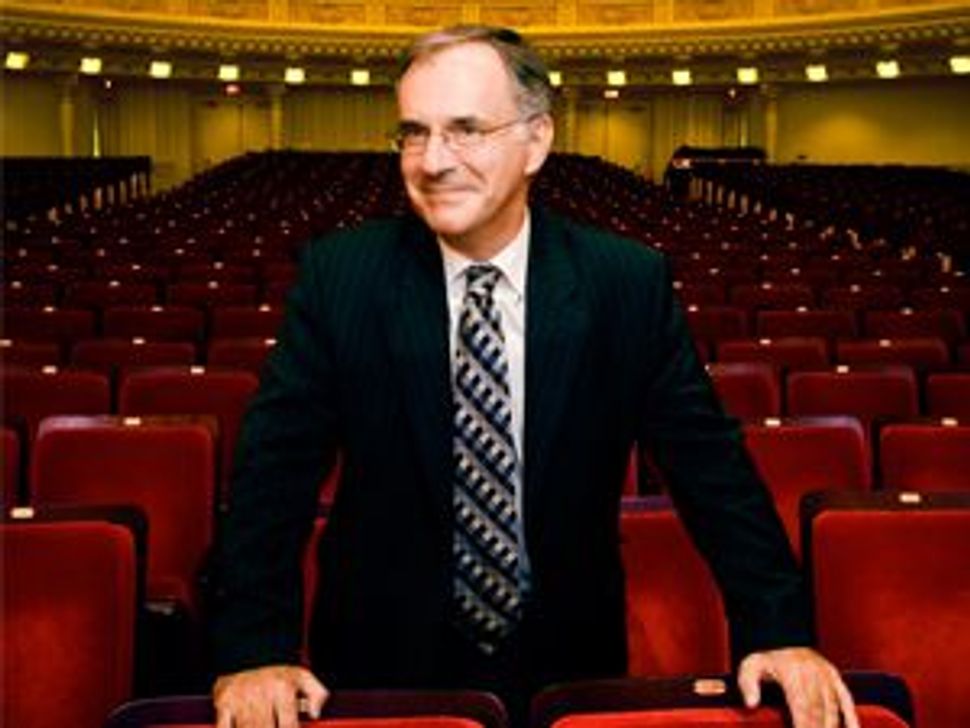 Of the many great classical music events this year in New York, seven with some Jewish content particularly stood out:

1: Mozart collaborated on three operas with librettist Lorenzo Da Ponte, who was born to a Jewish family in the Ghetto of Venice. All three are among the greatest ever written, and explore issues of identity and disguise — subjects familiar to Jews throughout history. Jewish Hungarian conductor Ivan Fischer specializes in making familiar music fresh, and he certainly delivered with his brilliant, playful, semi-staged version of “The Marriage of Figaro,” the first of the three, at Lincoln Center’s Mostly Mozart Festival. 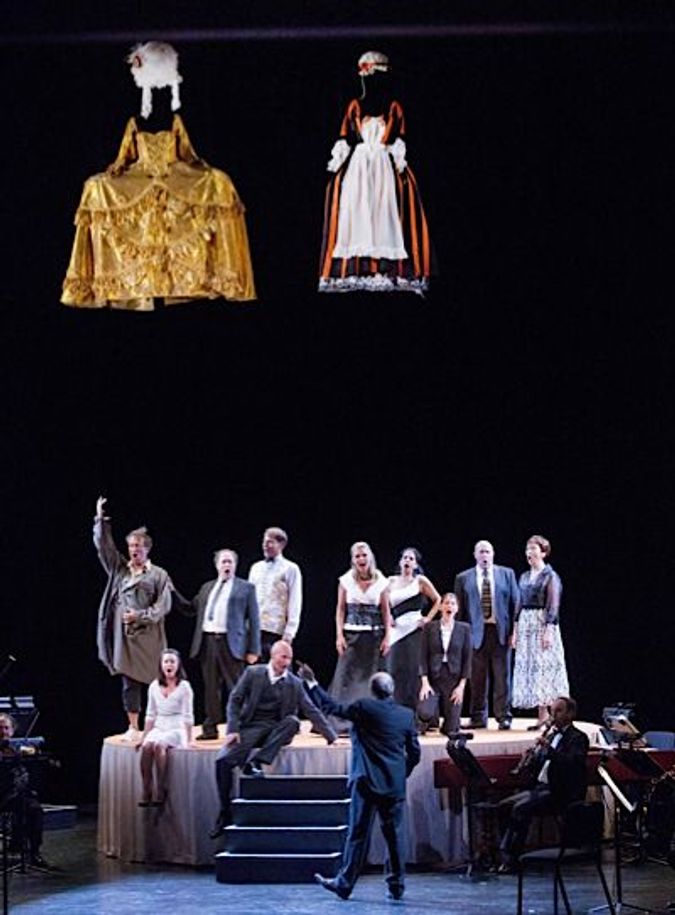 Figaro, which Napoleon called “the first cannon shot of the revolution,” is a comedy about class and entitlement (or the lack thereof). Da Ponte helped Mozart distill the layers of deception in the original Beaumarchais play. For this semi-production, Fischer distilled them further, eliminating sets and scenery entirely, except for costumes hanging overhead. One by one each “disguise” descended, spotlighting each character’s transitions.

The Budapest Festival Orchestra, which Fischer created and is now widely considered one of the finest in the world, in this production mixed authentic 18th century with modern instruments to create a remarkably vital realization of the score. Focused by these spare suggestive choices, one felt as if hearing the work as it must have felt the first time it was played.

The performance easily equaled Fischer’s thrilling bare-bones staging of “Don Giovanni” from a couple of years ago and artistic director Jane Moss is trying to convince Fischer to take on the third of the Mozart / Da Ponte trilogy, “Cosí Fan Tutte.” 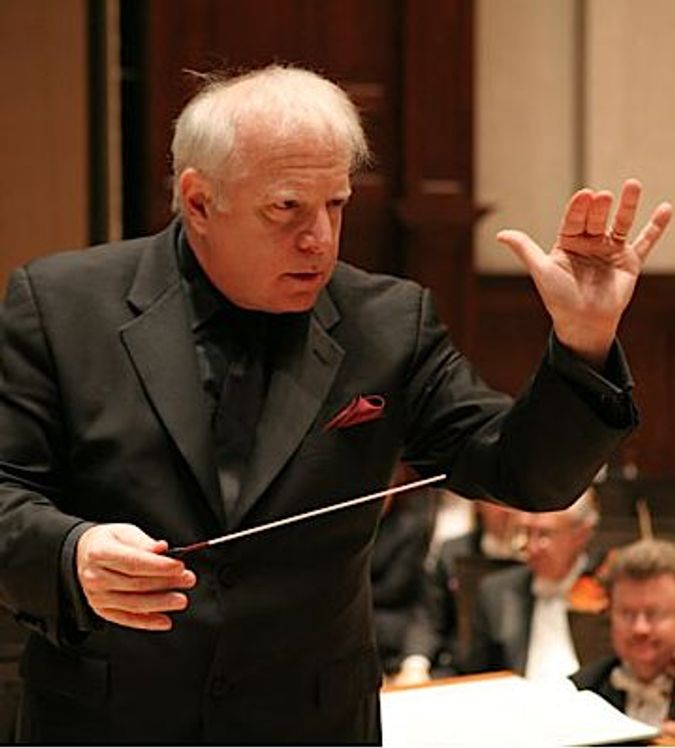 2: Equally revelatory was the program that conductor Leonard Slatkin and his Detroit Symphony Orchestra brought to Carnegie Hall as an historic first: all four of Charles Ives’s numbered symphonies were played in a single program. These included the transcendent, often cacophonously raucous, phenomenally difficult, Symphony No. 4 (some passages are so complex as to require 3 conductors). Slatkin and the DSO brought out levels of clarity, detail, transparency, precision, and expressivity such as I’d never heard before — even in comparison with the high bar set by the magnificent performance Alan Gilbert and the NY Philharmonic had given of this work only the month before.

3: The New York Philharmonic’s spectacular new pre-season series of films score programs in the fall presented Stanley Kramer’s “2001,” conducted by Alan Gilbert. Amazing as this was in its own right, the glimpses the soundtrack offered of the astonishing Requiem by Jewish Hungarian composer György Ligeti lifted the performance into another world — pun intended.

The Requiem gains even more force if one realizes that Ligeti was the only member of his family to survive the Holocaust, other than his mother. Gilbert has demonstrated a deep affinity for Ligeti’s music before. This concert proved how overdue it is for the New York Philharmonic to have Gilbert conduct the entirety of this masterpiece. 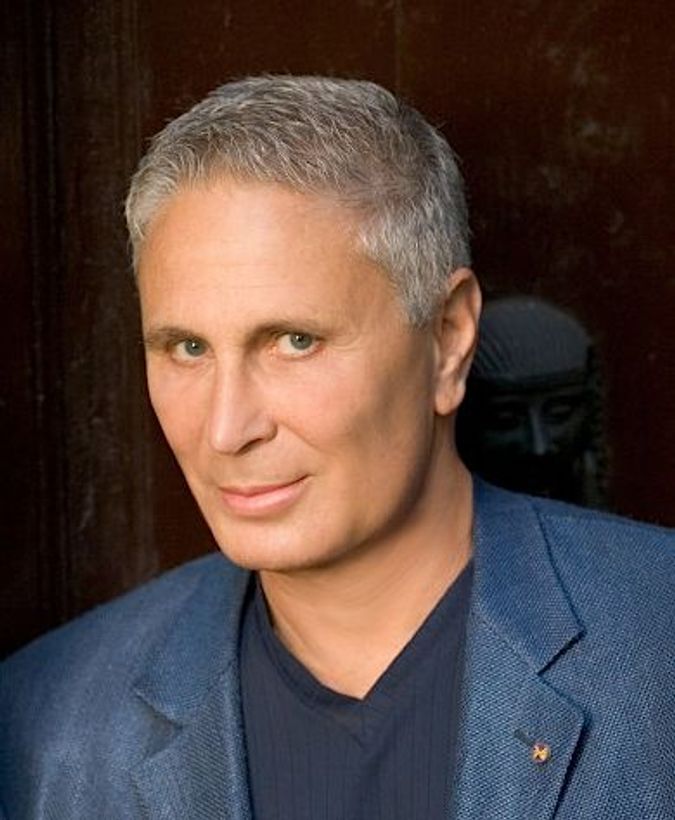 4: It may end with the onstage blast of a 12-gauge shotgun, but Composer John Corigliano’s Symphony No. 3, “Circus Maximus,” for large wind ensemble, which also features bands marching through the audience among other spatial and sonic effects, was meant to overwhelm. It did in the performance by the Juilliard Orchestra conducted by Marin Alsop, which was in honor of the 75th birthday of this much-honored composer, who is the son of a Jewish mother and Italian Catholic father, both musicians.

5: The technically formidable and musically eloquent pianist Marc-André Hamelin, together with the Pacifica Quartet, gave a sensitive reading of Leo Ornstein’s beautiful 1927 Piano Quintet, which was heavily influenced by cantorial tropes. Ornstein was 108 when he died a decade ago. This son of a cantor was born in Russian Ukraine in1893. His family emigrated to the U.S. when he was 13, where he was hailed as a virtuoso pianist as well as the one of the greatest modernist composers of the first part of the 20th century. But at the height of his acclaim, he retreated both from modernism and fame, preferring to live and compose out of the limelight. Only recently is his music being rediscovered, largely due to Hamelin.

6: Back in the limelight this year is conductor James Levine, though he is now wheelchair-bound. Levine’s long tenure as Music Director of the Metropolitan Opera has allowed him to develop its orchestra into one of the glories of the world. There may be a few of equal quality, but none finer. 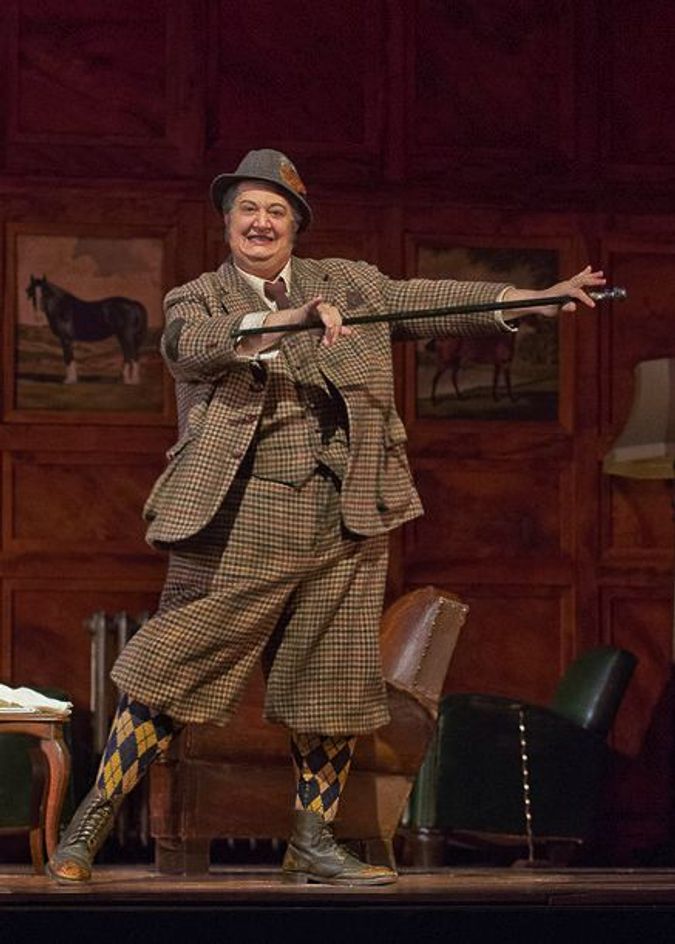 At Carnegie Hall he demonstrated this in an all-Mahler concert consisting of the Symphony No. 7 (the craziest of Mahler’s late works) and even more so with the extraordinary baritone Peter Mattei singing the most perfect performance I’ve ever heard of the early song cycle “Lieder Eines Fahrenden Gesellen,” whose lyrics were written by the composer himself.

But of course, the Met Orchestra is most often heard at the opera house. And for the bicentenary of the birth of Guiseppe Verdi — whose name became synonymous with the Risorgimento and the emancipation of the Jews of Italy — the Met opened a new production (imported from London’s Royal Opera) of his last and finest opera, the Shakespearian comedy “Falstaff.”

The superb cast and brilliant production by director Robert Carsen had the audience laughing out loud with the merriment threaded throughout this quicksilver score. Levine and the orchestra vividly brought out all the fine details, making clear that Verdi was also making fun of himself — or in the smiling words of the finale, “All the world’s a hoax… and man is born a joker.”

7: And speaking of hoaxes, perhaps the year’s most amazing concert is one that didn’t happen: For the first time in its history, Carnegie Hall had to cancel its Opening Night Gala. But Carnegie’s executive and artistic director Clive Gillinson (whose mother was a renowned Jewish cellist who played in a trio with two holocaust survivors) turned what might have been a tragedy into a triumph. Sir Clive —he’d been knighted in 2005 for putting the London Symphony Orchestra on sound footing when he was in charge there — confronted a threatened strike by the stagehands’ union on the eve of the hall’s big annual gala fundraiser by calling their bluff. 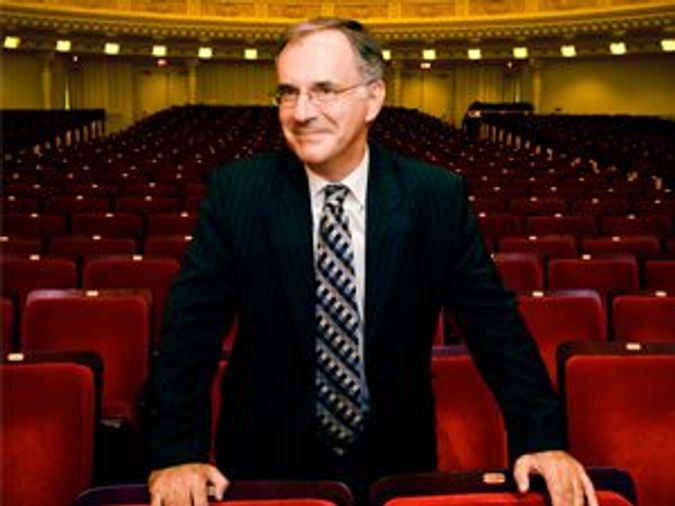 At issue in this high-stakes gamesmanship was whether their contract with the hall would also cover the newly constructed educational wing which is about to open next season. Since the stagehands’ pay reaches far into six-figure territory and their work rules not very flexible, this demand would have had a crippling effect on the new educational facility even before it opened. But the opening night is also Carnegie’s biggest source of fundraising of the year.

Gillinson quietly polled all the Gala patrons if they would still come to the critical fundraising dinner if the concert were cancelled. They all said yes. The public outrage and negative publicity about the coercive strike tactic forced the stagehands’ union to negotiate an agreement, allowing for the flexibility and informality the new facility requires. As an additional benefit, the Philadelphia Orchestra, which was to have performed, was able to give a special free concert in their home base to thank their own patrons for helping them recover from their own brush with bankruptcy.